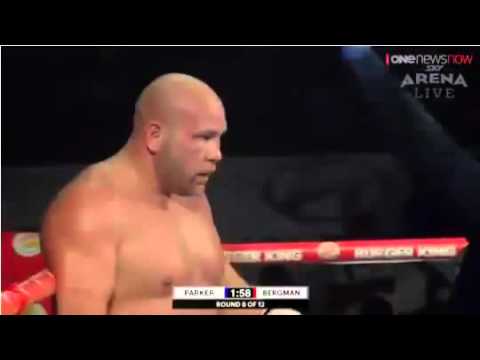 Apia, Samoa, Faleata Sports Complex. As expected Joseph Parker improved to 18(16)-0 with a methodical beat down of human punching bag Jason Bergman 25(16)-12-2 in the eighth round of their scheduled twelve round fight.

Before a boisterous hometown crowd in Apia, Parker came out pawing his trademark jab looking to set up a big right hand, before settling into his work from the second which was punctuated with a knock down to Bergman from a thudding left hand.

A very game Bergman beat the countdown and even began to verbally taunt Parker, but the reality was he also went into survival mode, keeping his hands high and offering little by way of return fire.

Bergman’s excessive holding did seem to frustrate Parker in the middle rounds as Bergman began to slowly wear down from Parker’s laser-like jab and accurate hard body work. It was a vicious left hook to the body which put Bergman down for a second eight count, before the tough American finally went down for the third and final time in the eighth round.

After the fight Bergman who has sparred with Povetkin and Deontay Wilder commented that while Parker still has some learning and improvement to be made his power certainly ranks up there with both fighters.

Parker’s handlers at Duco have stated that they want to match Parker with a top 20 opponent in his next fight in April and aggressively step up his competition to face a top 5-10 fighter later in the year with an eye to making a mandatory fight with one of the four major organizations by the end of the year. 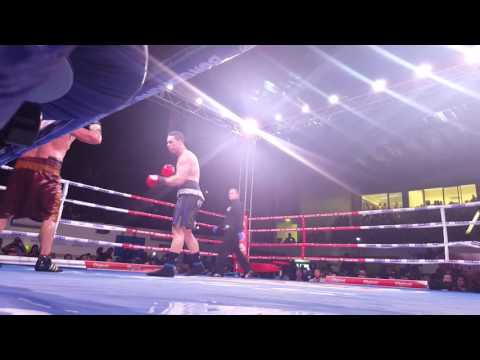