Undefeated middleweight prospect Rob Brant scored the most impressive victory of his career with a fourth-round knockout of Decarlo Perez in the main event of ShoBox: The New Generation, live on SHOWTIME on Friday from Casino Del Sol in Tucson, Ariz.

Known more for his boxing prowess, Brant (19-0, 12 KOs) displayed impressive power. After a big first round, in which he threw 97 punches and more of the same in the second, Brant floored Perez with a straight-right shot midway through the third.

The Minnesota native kept on the gas in the fourth and landed another straight right that sent Perez falling straight back partially through the ropes. Perez (15-4-1, 5 KOs) awkwardly landed back into the ring and referee Rocky Burke instantly ended the fight at :39.

“The game plan was to be aggressive,” Brant said. “We knew we wanted to show him our power early and make him respect us right away. When I caught him with the right on the temple in the third I knew we had him. And then when I connected in the fourth it was lights out, game over. I just want to get back in the ring as soon as possible and continue making progress.”

Perez, who entered the fight coming off an impressive win over previously undefeated Juan Ubaldo Cabrera last August on ShoBox, said he just got caught with a good shot.

“I just got caught,” Perez said. That’s all that happened. I didn’t see the shot coming and he was speedier than I thought. He’s fast and he got me with something I wasn’t ready for.”

“Brant showed a dimension we hadn’t seen before,” Farhood said. “He’s thinking man’s fighter who fought an angry fight. And, as result of that, you have to put him near the very top of the list of middleweight prospects.” 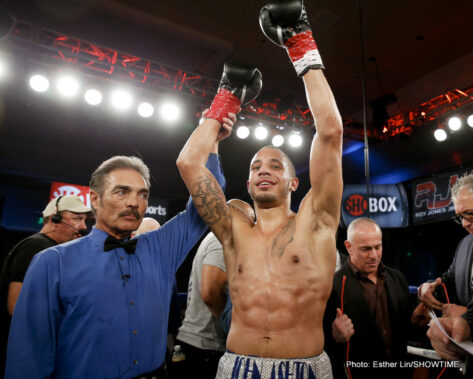 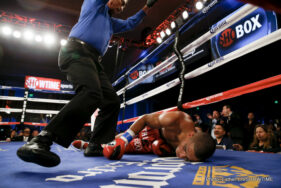 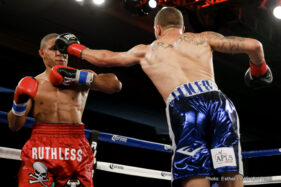 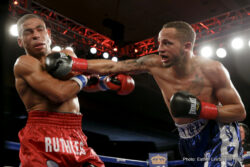 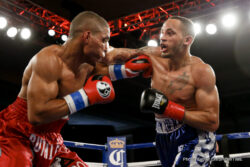 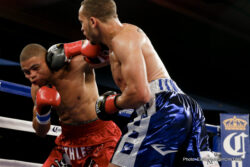 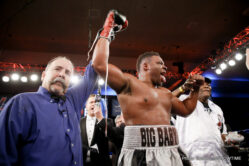 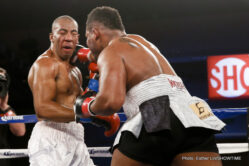 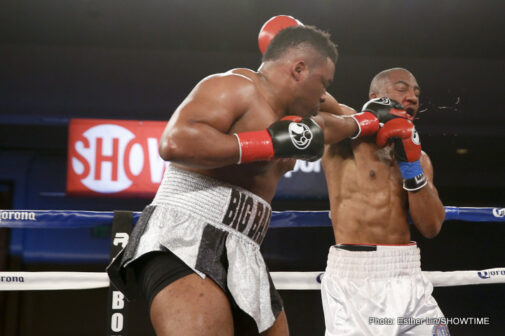 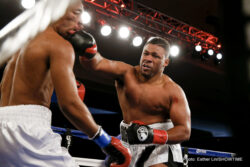 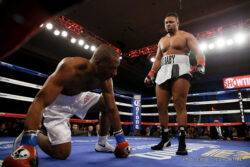 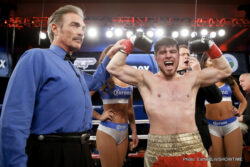 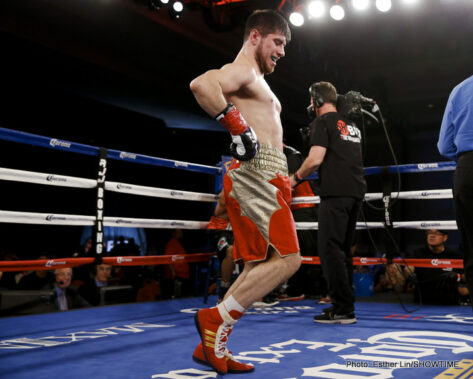 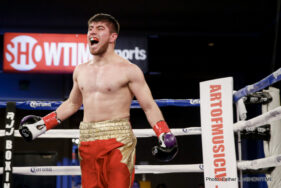 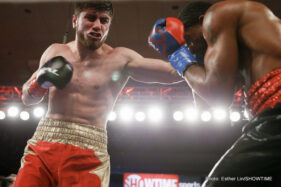 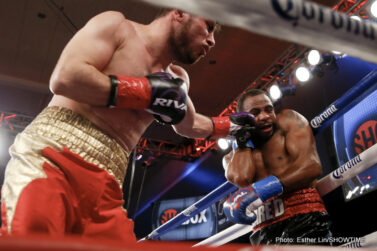 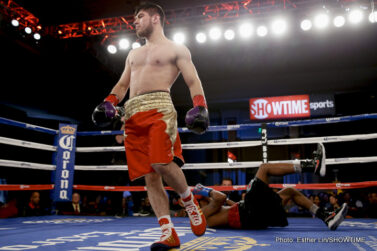 Miller (16-0-1, 14 KOs), who went past the sixth round for the first time in his career, landed 52 percent of his power shots. The Brooklyn native scored two knockdowns in the first round – the first with a devastating looping right, the second with a straight to the chest – and had Dennis nearly out on his feet in what looked like a certain first-round finish.

The southpaw Dennis (14-4, 11 KOs) somehow survived the round and actually pushed Miller into uncharted waters. Dennis had some moments where he out boxed his opponent, but Miller’s power and size – a 56 pound weight advantage – was the deciding difference. Dennis was breathing through his mouth and gasping for air when referee Tony Zaino wisely halted the contest as “Big Baby” teed-off on his defenseless opponent.

“I had him out in the first round, but I threw my shoulder out throwing a left hook,” Miller said. “I was looking for the knockout so bad he started catching me with some shots. So then I decided to box a little bit and that’s what I did until the knockout came.

“I’m glad it went seven rounds. It taught me to go to Plan B. I can box beautifully when I want and I showed some of that tonight. It was good experience. My power was there; my wind was good. I was breathing well and seeing the shots.”

After the fight, Miller called out the two American heavyweight world champions.

In the locker room after the bout, Dennis admitted that he was surprised by Miller’s boxing ability: “He’s a better boxer than I thought he would be. That surprised me.”

In the opening bout of the telecast, undefeated welterweight prospect Bakhtiyar Eyubov impressed with a dominating demolition of the durable Jared Robinson with a third round TKO (:56).

Eyubov (10-0, 10 KOs), who scored three knockdowns in three rounds, recorded his 10th knockout in his 10th career professional fight. The hard-throwing Eyubov landed a staggering 57 percent of his power shots while throwing only three jabs in the fight. The Kazakhstan native scored two knockdowns in the first and one in the third over the veteran Robinson (17-3-1, 17 KOs), who was only the second opponent to push Eyubov into the third round.

“Was I surprised at how easy it was? No, I can’t believe he made it to round three,” Eyubov said. “The ref should have stopped it earlier. I am much smarter than I was before. I expect more of myself now. It was another step forward and I promise everyone all my fights will be like that. I am like (Arturo) Gatti.

“My trainers are teaching me to move my head, and I’m confident that no one can hurt me. I will never ever be knocked down.”

Eyubov, who entered the ring with a “papakha,” explained his cultural dance following the knockout win.

“The dance and the hat are traditional Kazakhstan traditions,” Eyobov said. “I was honoring my countrymen with that dance. And the hat is a symbol of my honor. No one can take that hat from me. “

The ShoBox tripleheader will re-air on Monday, Jan. 25 at 10 p.m. ET/PT on SHOWTIME EXTREME and will be available on SHOWTIME ON DEMAND® beginning Saturday, Jan. 23.