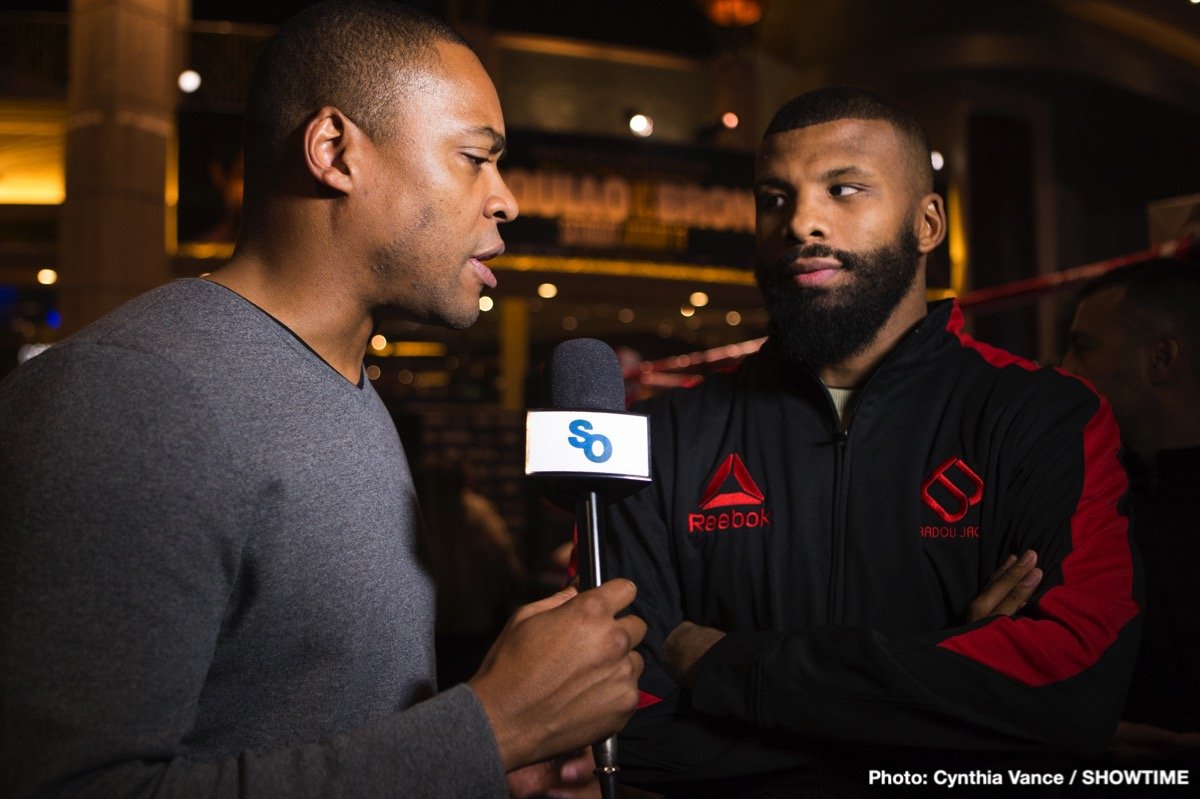 Fighters competing on the PPV undercard portion of Saturday’s Pacquiao vs. Broner SHOWTIME PPV® event participated in a media workout at MGM Grand in Las Vegas Wednesday as they prepare to enter the ring January 19 from the MGM Grand Garden Arena.

In attendance at the workout and featured in action beginning at 9 p.m. ET/6 p.m. PT were two-division champion Badou Jack and unbeaten contender Marcus Browne, who meet for the WBA Interim Light Heavyweight Title, former champion Rau’shee Warren and unbeaten Nordine Oubaali, who battle for the vacant WBC Bantamweight World Championship, and WBC Interim Featherweight Champion Jhack Tepora and former champion Hugo Ruiz, who compete in a 12-round attraction.

In the main event, Senator Manny “Pacman” Pacquiao, boxing’s only eight-division world champion, will end his two-year hiatus from a U.S. boxing ring when he returns to Las Vegas to defend his World Boxing Association Welterweight World Title against former four-division world champion and must-see attraction Adrien “The Problem” Broner.

Tickets for the event, which is promoted by MP Promotions, Mayweather Promotions and TGB Promotions in association with About Billions Promotions, are on sale now and start at $200, not including applicable service charges, and can be purchased online through AXS.com, charge by phone at 866-740-7711 or in person at any MGM Resorts International box office.

“Training camp went great. It was my best camp, by far. I had a great nutritionist helping me with rehydration and recovery.

“Everybody knows me. I’m always gonna bring it. I’m gonna make it an explosive, exciting fight.

“All the focus is on Marcus Browne. I’ll fight all the champions, whoever pays me the best.

“[Browne’s] never been tested. He hasn’t been in a big fight, but I expect a tough guy. He’s a tough contender, and you can’t take anybody lightly in boxing.

“It’s special to me because of how big the card is. I’m just in there to win. That’s all there is to it.”

“His style fits my style, and it’s gonna make for an exciting fight. There’s fire here in these fists, and he’s gonna feel it.

“I just came from Colorado Springs, where I trained for five weeks. I’m in the best shape of my life. He says this fight is gonna go into deep waters. Well, I’m ready to swim because I’m a shark.

“This is a no-brainer. Of course I wanted this fight and I want to showcase my talent for the whole world to see. He’s not better than me. I do everything better in the ring. This is the biggest moment of my entire career. I respect Badou Jack, but I’m in the best shape of my life. I could go 15 rounds.”

“It’s gonna definitely be a different outcome than when we fought the last time. That was the amateurs. I need that belt. I need it.

“It’s an honor [to fight Oubaali]. I’ve been thinking about this moment since they announced I’d be fighting on this card. I’m gonna call this a payback.

“I want everybody to tune in to the fight. It’s gonna be a show. Mentally, I’m ready. I’ve been in the gym since my last fight, working hard and staying mentally sharp. I put my heart on the line in training camp and it’s going to show come Saturday night.

“It’s going to mean a lot for not only me, but my weight class. Me winning the title is going to go a long way in gaining respect for the weight class in this country. There’s a lot of good fighters out there and I want my name to be in the mix. I’m ready to be a two-time world champion.

“Winning this fight will be huge for me. I want to face all the big names in the division. I’ve already accomplished a lot, winning a world championship, but I plan to do it again and that will bring my career to a whole different level.

“I’m ready to go to war. I’ve been through all of my preparations and I’m feeling great. I’m looking forward to winning this title and making sure our weight class gets some shine because we put in just as much work as everybody else. The heavyweight division is getting a lot of attention right now and I want my weight class to get that next.

“I’m going to take the fight as it comes to me. I’m going to set up my shots and stay patient. This is a 12-round war and one shot can end the fight. I’m going to do what I have to do and get the win and keep the belt in the United States.”

“It’s something Warren has said and he’s right: This fight will be completely different than when we fought at the Olympics. He can be sure I’ll bring back the belt to my home country. I will show the world who I am.

“Happy 50th birthday to my manager Roy Jones Jr. He’s really helped me and told me what it’s like to be fighting on the big stage.

“This is a dream come true for me, to be fighting on the Pacquiao-Broner undercard, it’s a dream come true. Roy’s endorsement is very important. He has so much experience, and it gives me extra energy. We’re very good friends… I’ve looked up to him since I was a boy.

“It’s super important to put on a show. We had the opportunity to take a fight in America before, but we wanted to wait and take the right fight.

“Being in America is special. It’s the capital of boxing. We want to put on a show. When we win, it’s going to be a huge party. No one will sleep that night.”

“I’m so excited to be fighting on this card and really can’t believe all the attention it’s getting. This is my time to shine and show the world what I can do in the ring.

“I’m expecting Jhack Tepora’s power and not underestimating him at all. He’s a knockout artist and I know he will bring it. I’m prepared to go toe-to-toe and we’ll see how it goes.” 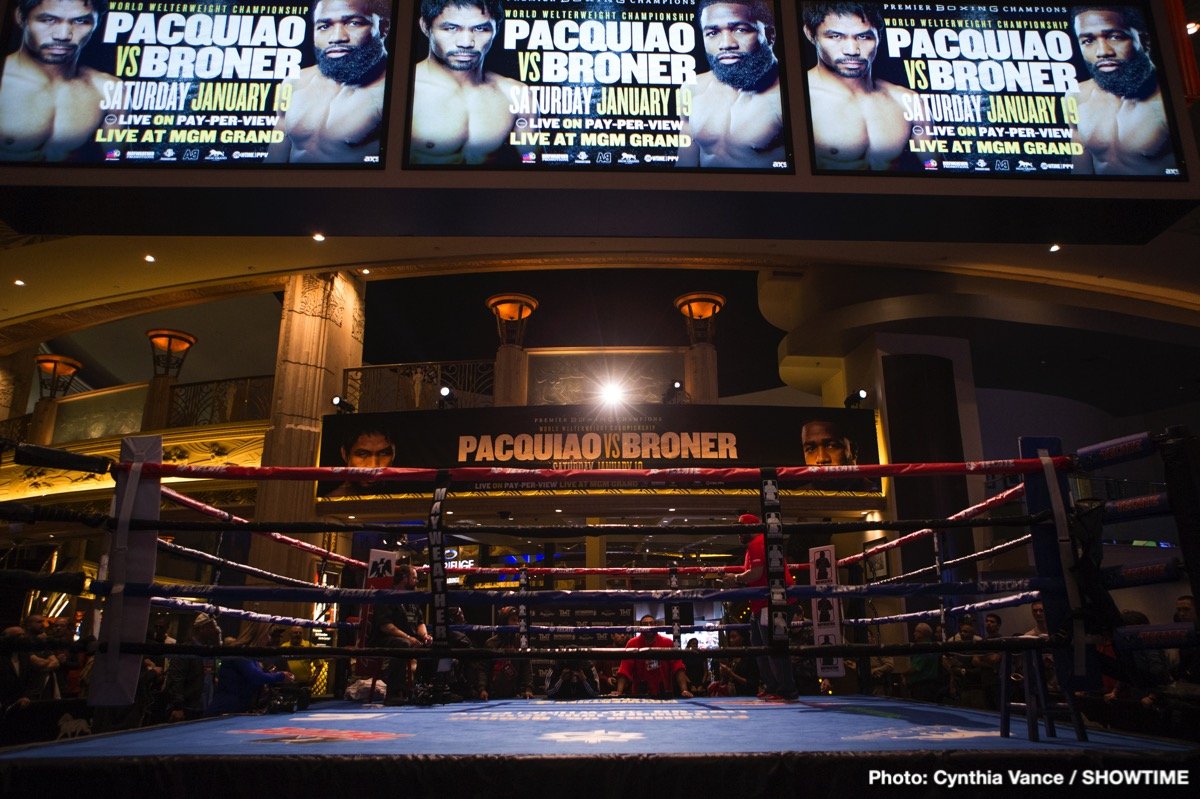 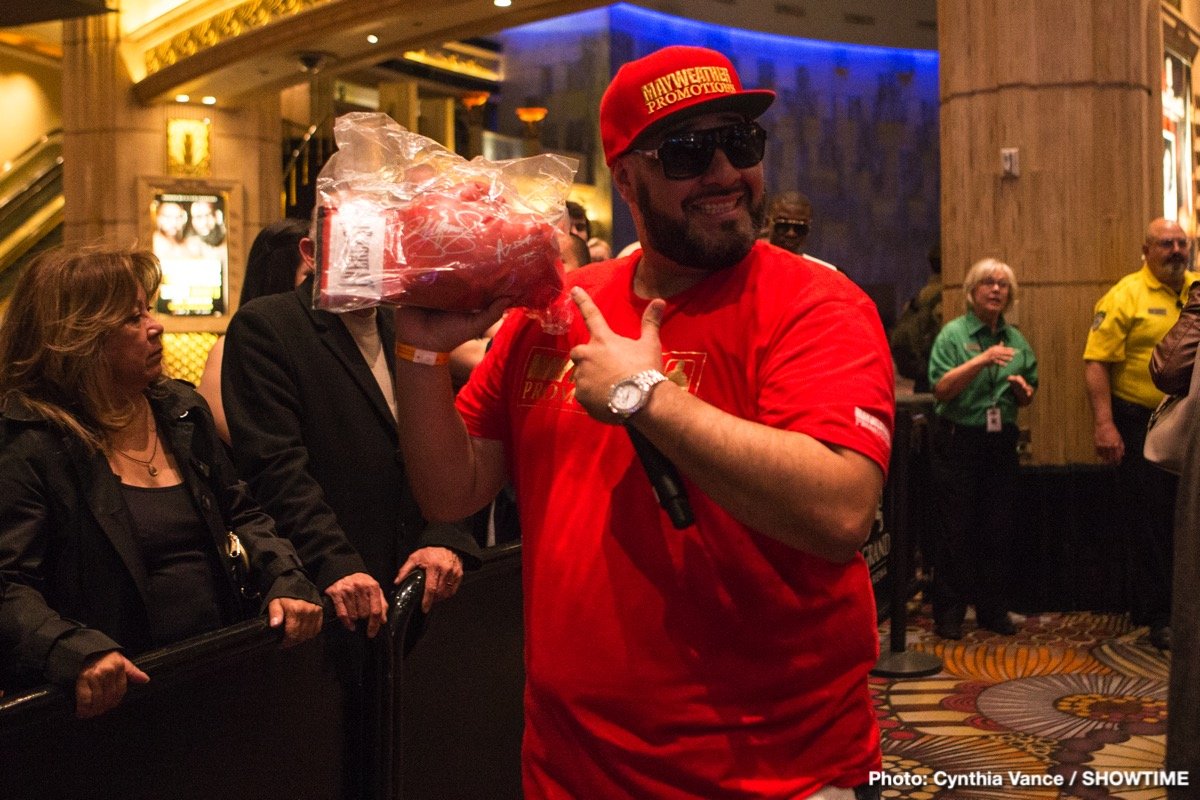 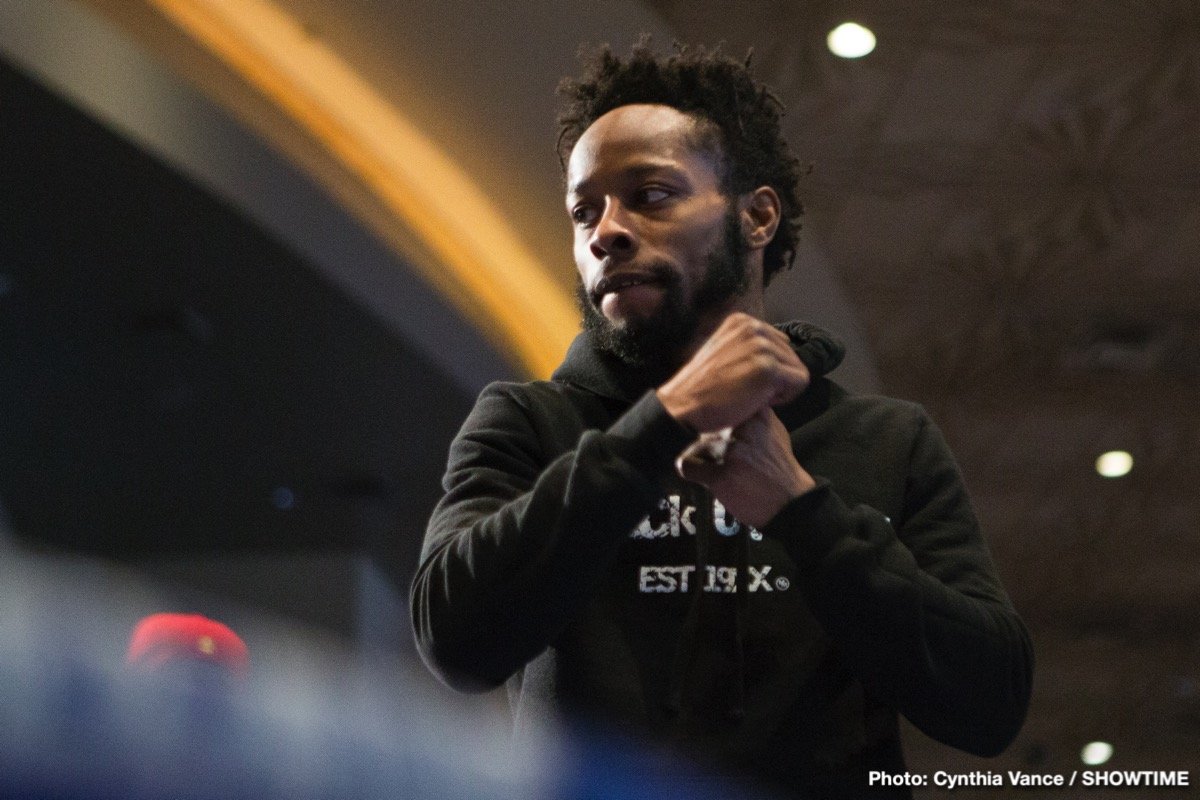 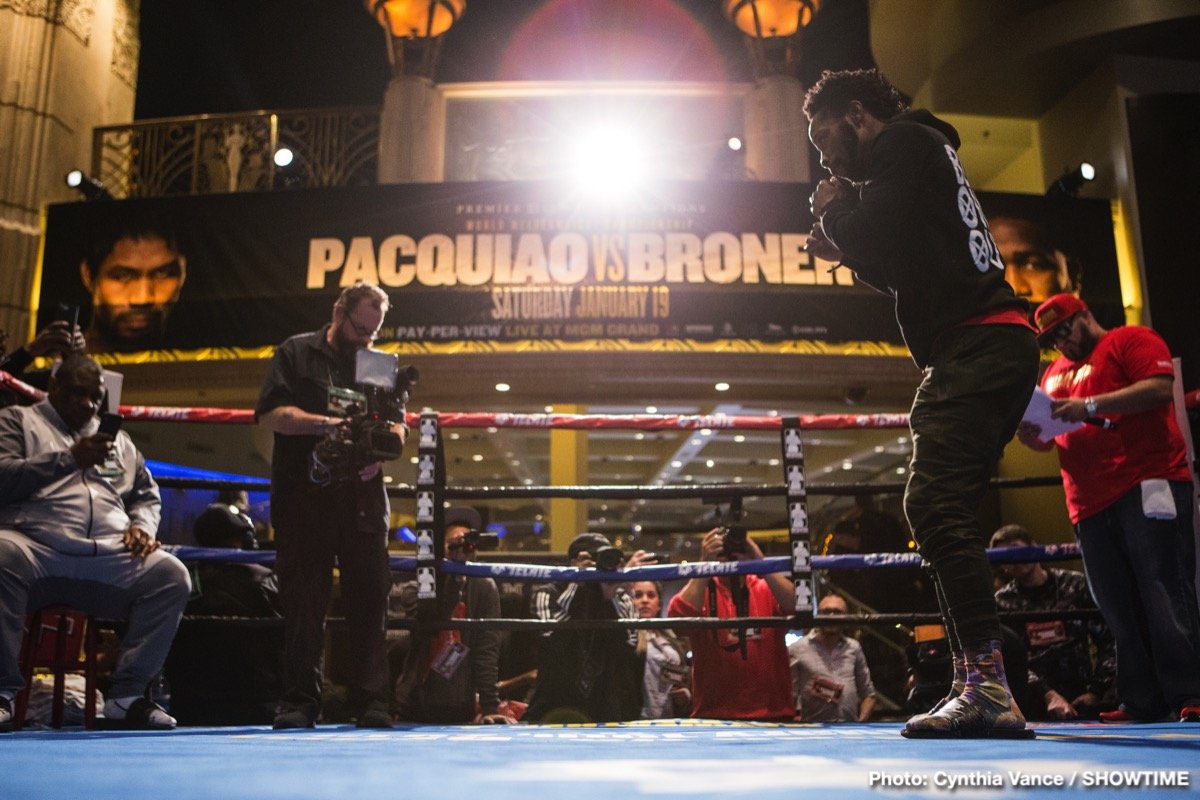 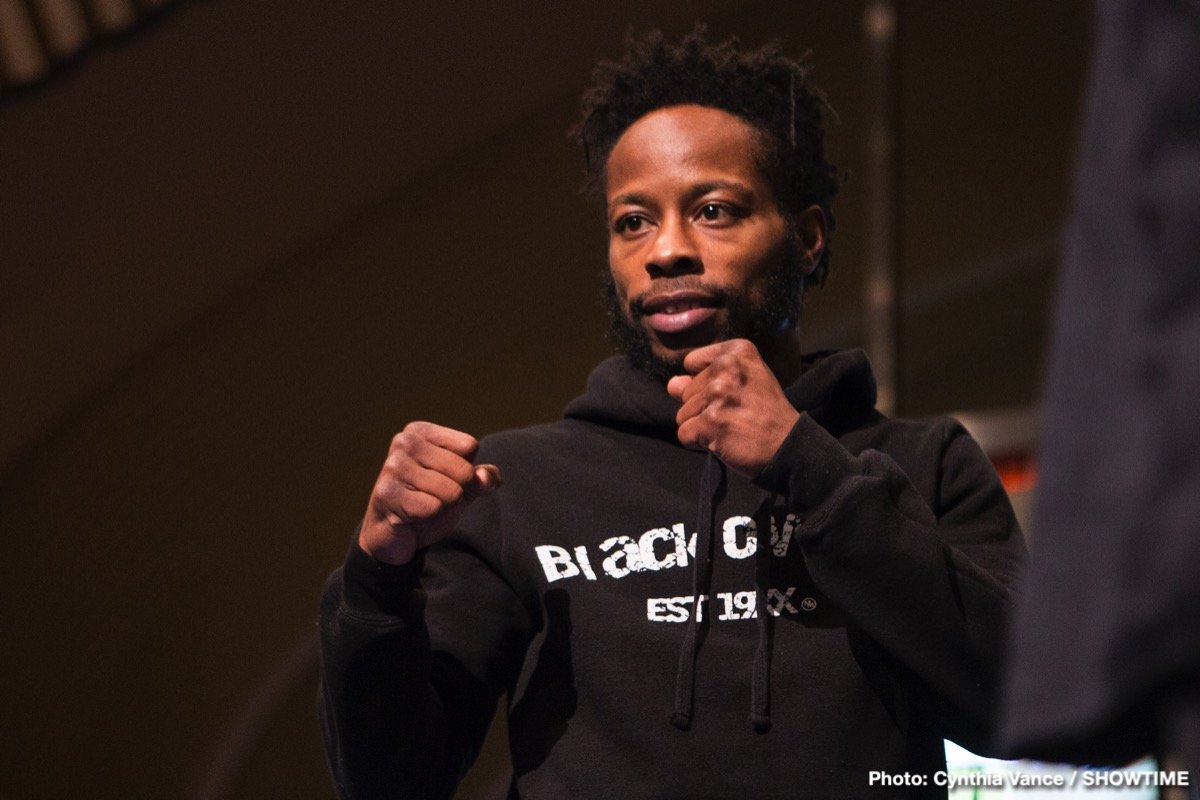 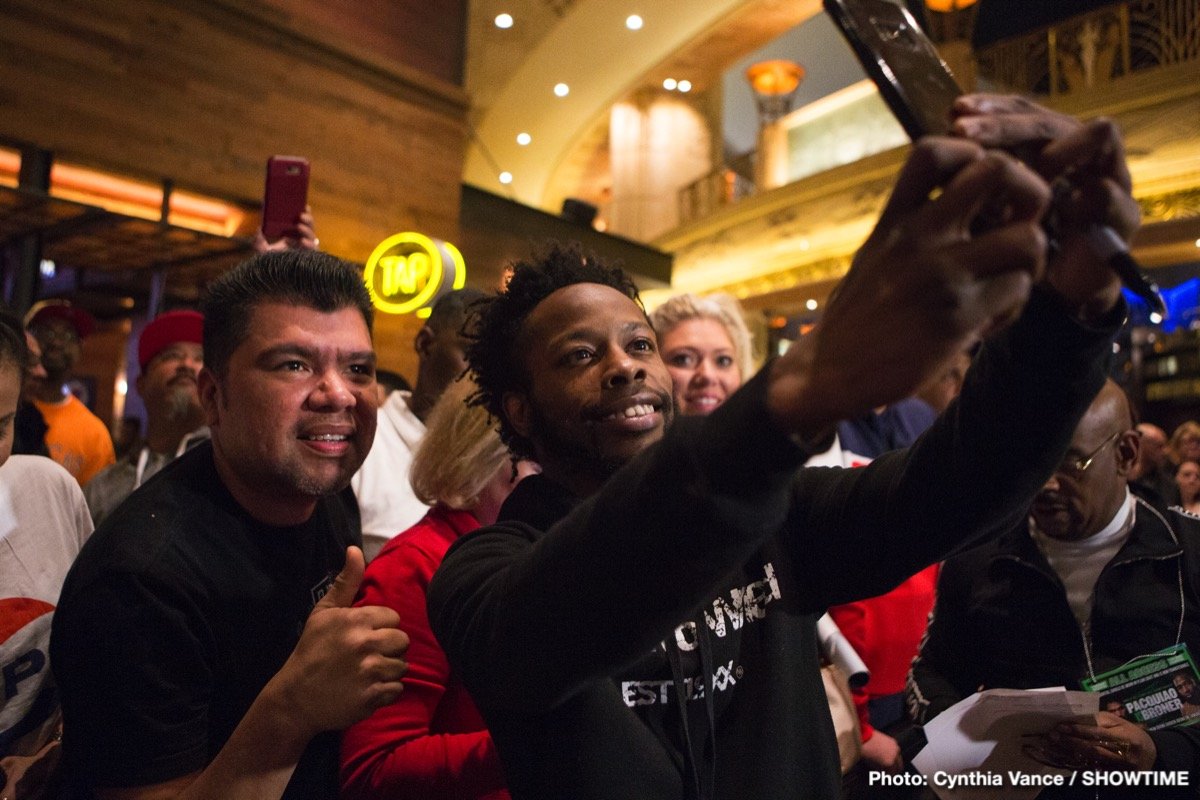 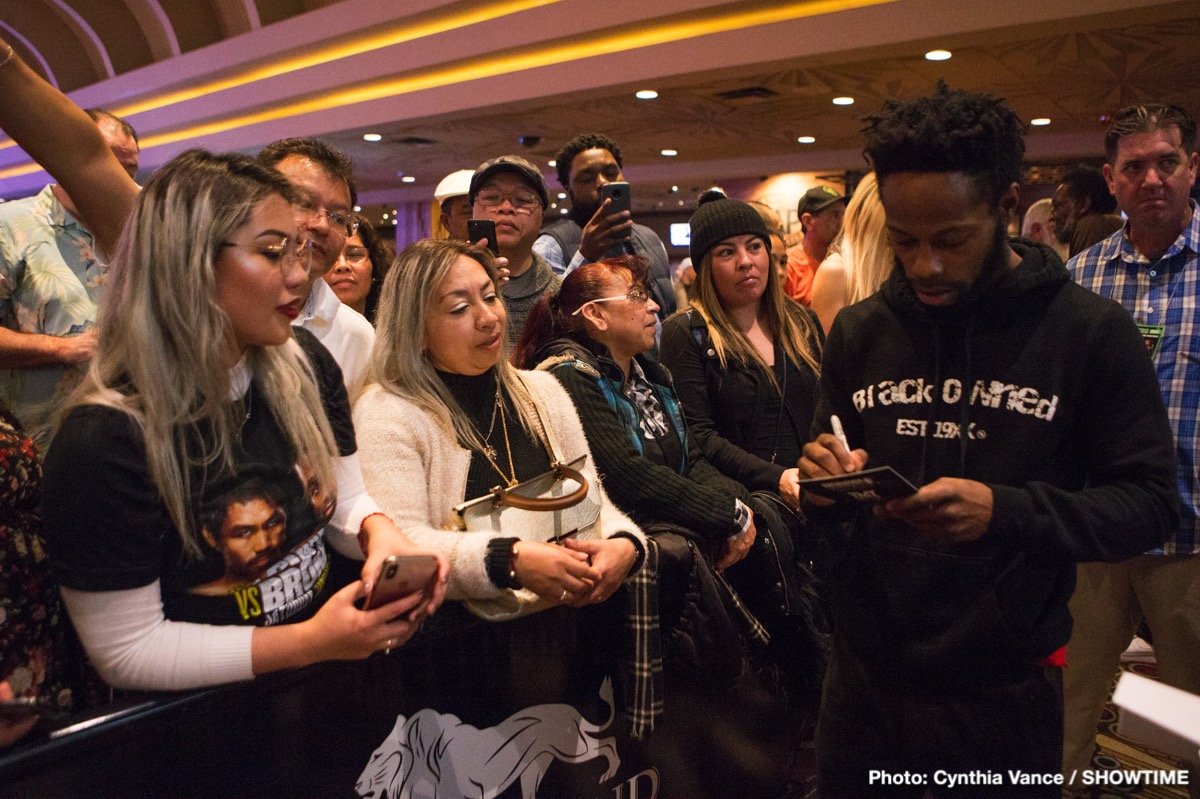 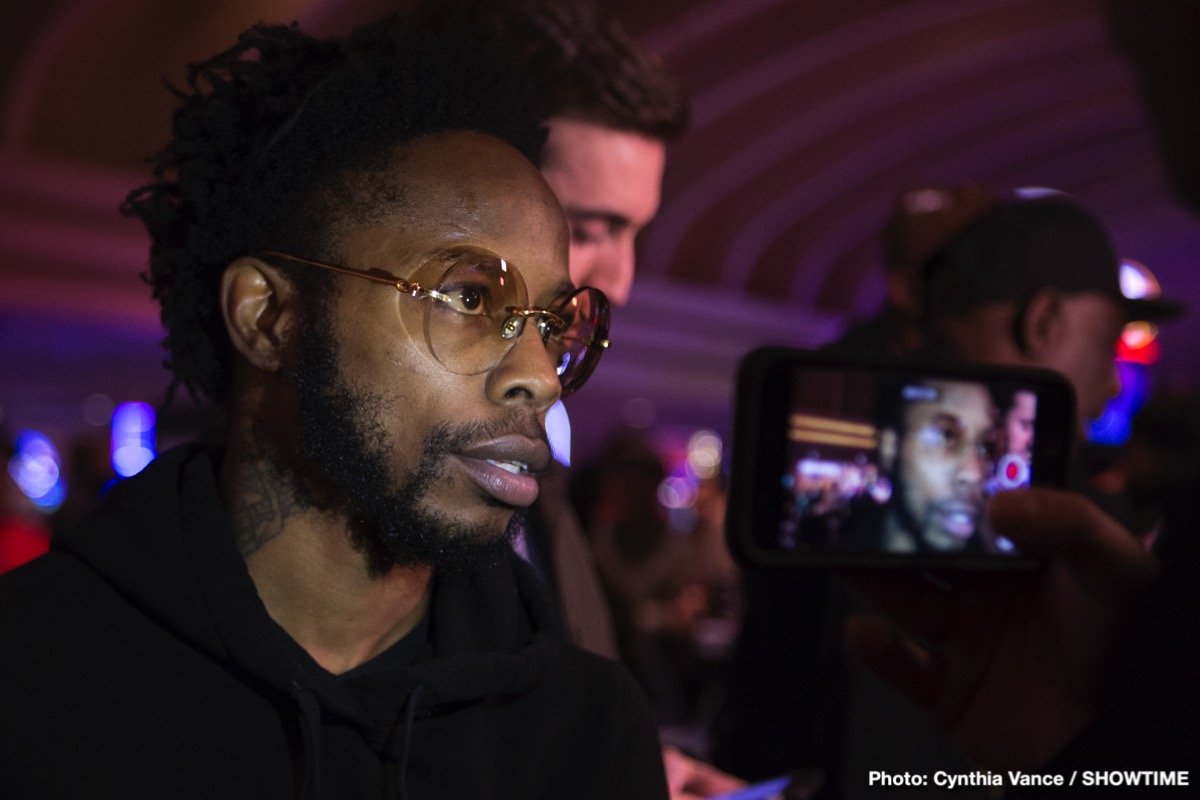 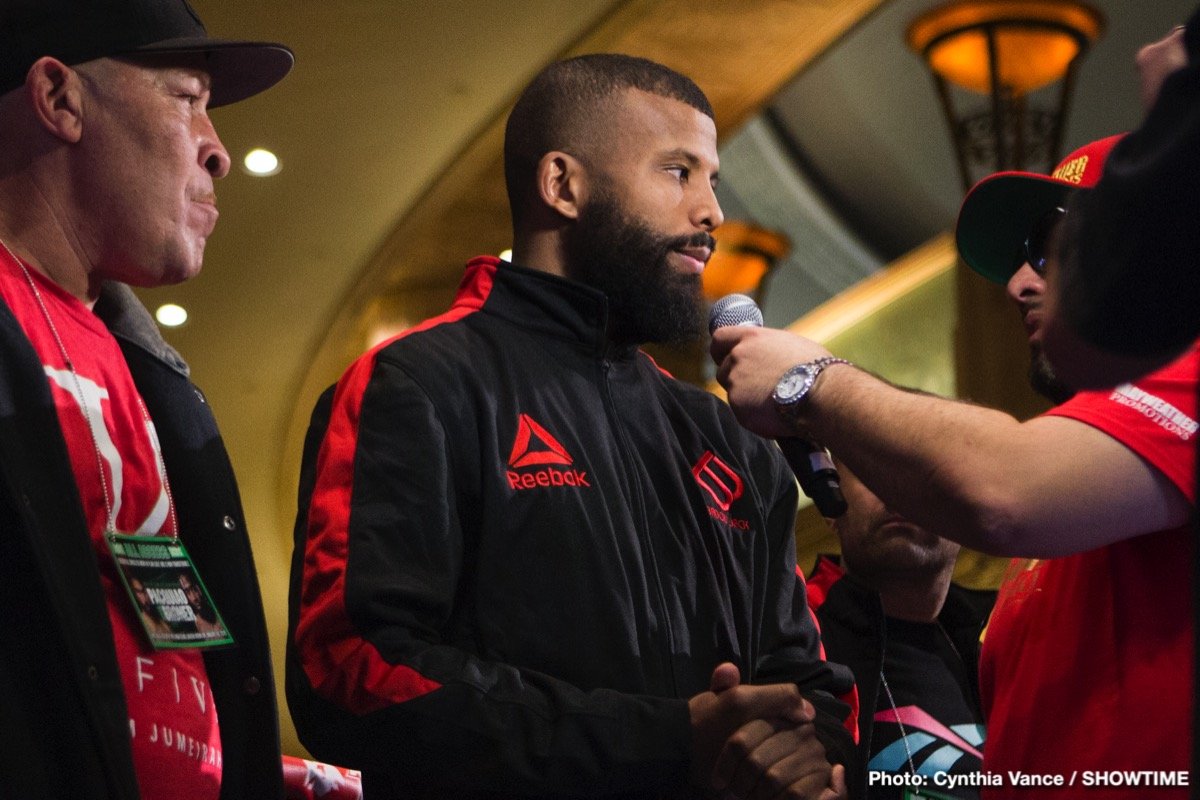 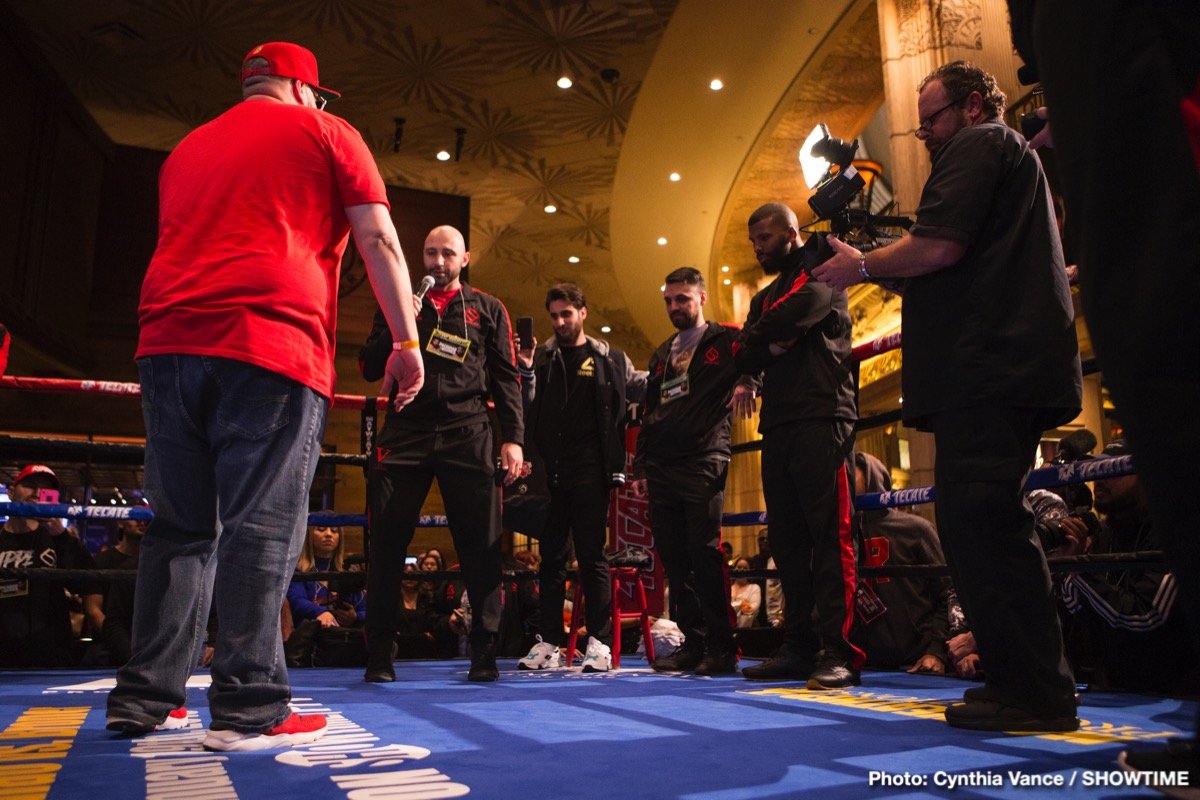 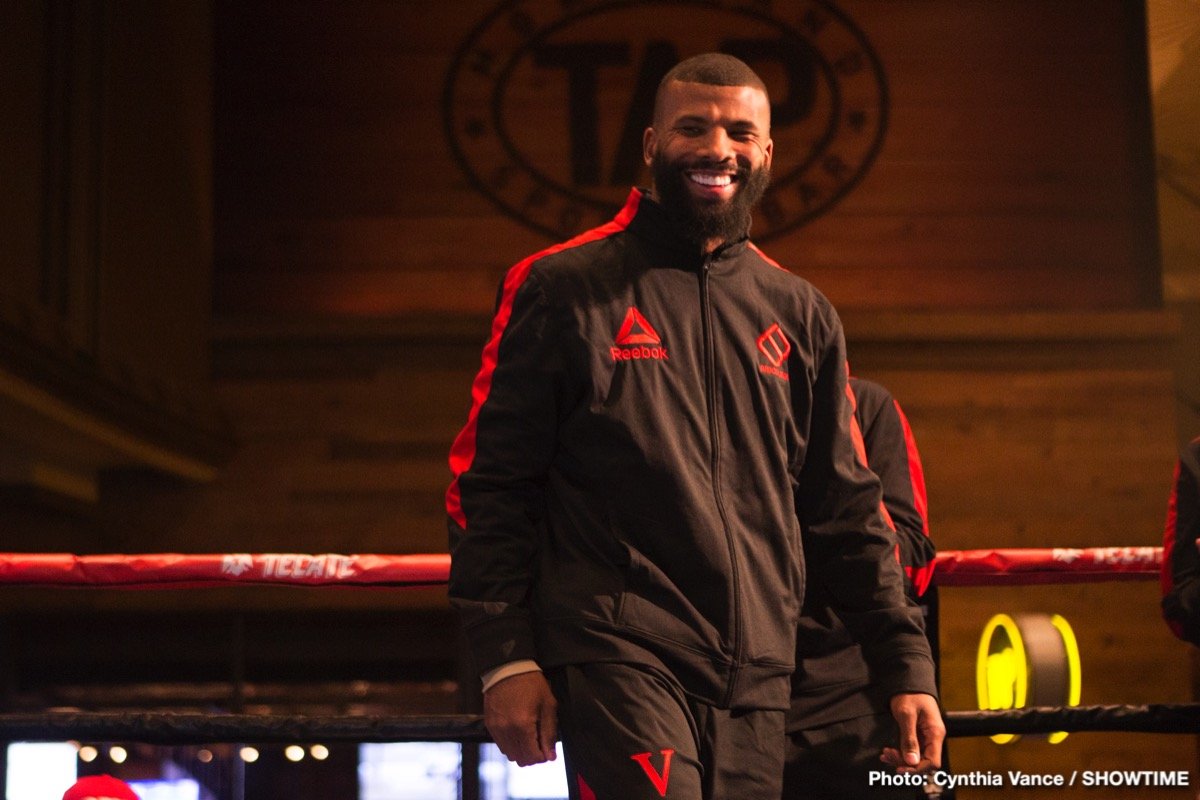