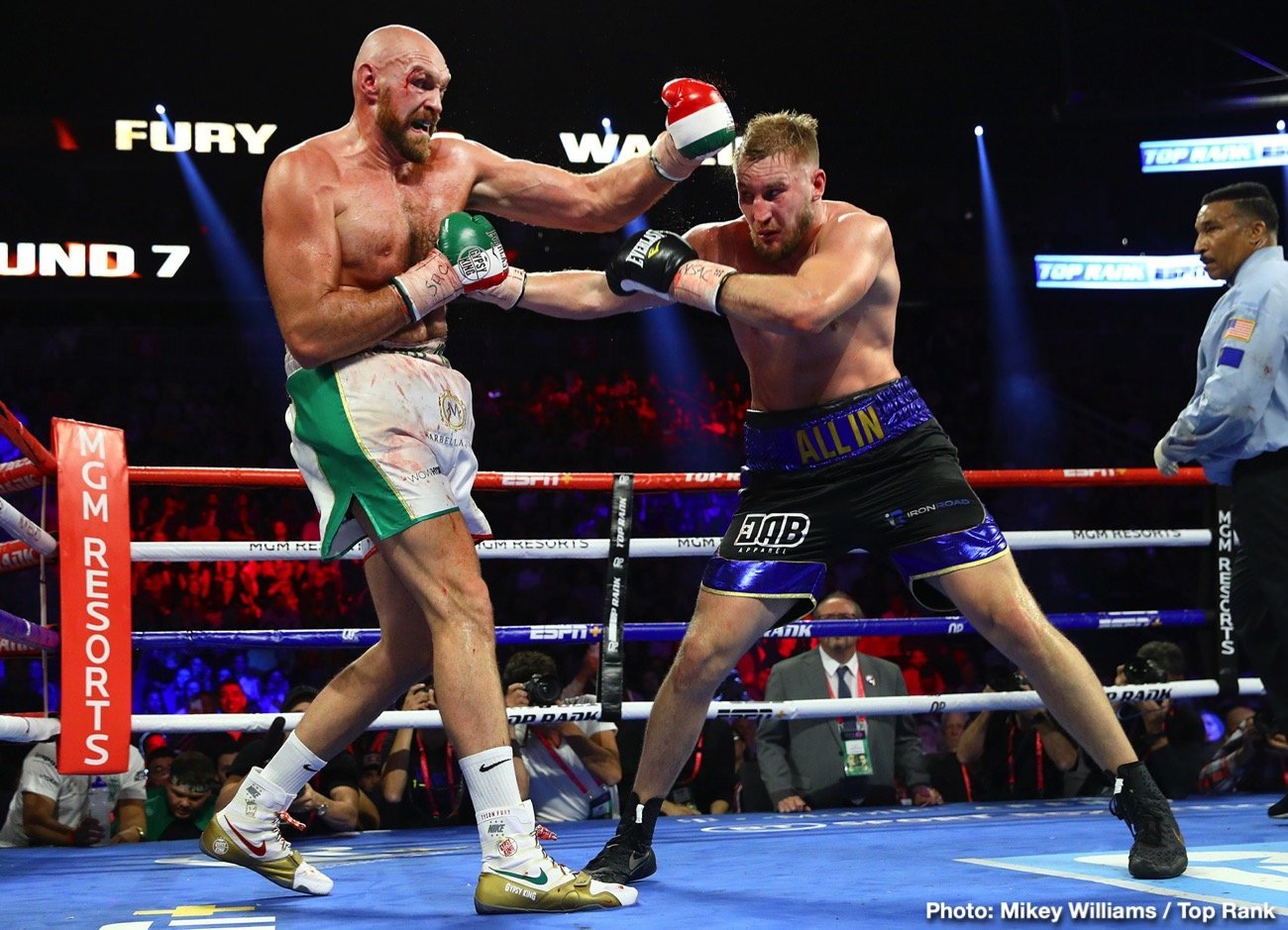 Otto Wallin believes he’s the best man for the job to face Anthony Joshua in his interim fight in May or June. Joshua (24-2, 22 KOs) is waiting for IBF/WBA/WBO heavyweight champion Oleksandr Usyk to return from Ukraine and wants to stay sharp while he waits for his rematch.

The only real issue with Joshua using Wallin as his next opponent is that he’s nothing like Usyk regarding his fighting style. Wallin, 6’5 1/2″, is much bigger and slower on his feet than the 6’3″ Usyk and a totally different type of heavyweight.

Additionally, Wallin isn’t ranked in the top 15 by any of the sanctioning bodies at the moment. This is less important because Joshua just needs an opponent, and their rankings don’t matter nearly as much.

The fact that Wallin couldn’t knockout Breazeale, a fighter that Joshua and Deontay Wilder both obliterated, shows that he’s not a big puncher.

Joshua mentioned Wallin and Joe Joyce’s names this week when he talked about his interim fight options. His promoter Eddie Hearn said that his number one choice would be Deontay Wilder, but that’s not a realistic option at the moment.

“Luis ‘King Kong’ Ortiz would love an opportunity to step up to the challenge of facing Joshua,” said Jay Jimenez, the manager of Luis Ortiz, in speaking to Sky Sports.

Martin dropped Ortiz twice before the 6’4″ Cuban rallied to KO him in the sixth round. Ortiz looked old in that fight, but his punching power bailed him out.

Ortiz is a southpaw, so he would give Joshua some practice to prepare for Usyk, but his fighting style is different from the Ukrainian.

The punching power or Ortiz would make him a dangerous foe for Joshua, who has repeatedly shown weakness when taking shots from fighters with power.

Even Usyk, who isn’t a big puncher, had Joshua hurt on two occasions in their fight last September at Tottenham Hotspurs Stadium in North London. If Usyk could hurt Joshua, Ortiz would be a significant threat to knocking him out.

“I’m by far the best option here,” Otto Wallin said on social media. “Wilder is coming off back-to-back KO losses against Fury that I took the distance and sent to the hospital to get 47 stitches.

“Ortiz got dropped twice by Charles Martin that Joshua wiped out in 2 rounds. I think Joe Joyce could give AJ a good fight, but he’s nothing like Usyk.

“The only reason Joshua wouldn’t pick me as the opponent is because they know I’m a big threat, and I’ll hand him his third loss.”

Wallin was supposed to fight Dillian Whyte last October, but the bout failed to happen due to ‘The Body Snatcher’ pulling out due to a shoulder problem.

Again, it won’t help Joshua to fight Wallin to prepare for Usyk because his fighting style and size are so dramatically different. Joshua would be better off fighting a more notable heavyweight that would help him attract attention for his interim fight rather than someone so different from Usyk.

The ideal fighter for Joshua to face to prepare for Usyk would be Cuban Frank Sanchez, who is very crafty and difficult to hit; he has excellent hand speed, moves well is an accurate counter puncher. That would be a tough fight for Joshua, but it would be a winnable one as long as he kept the action on the outside.