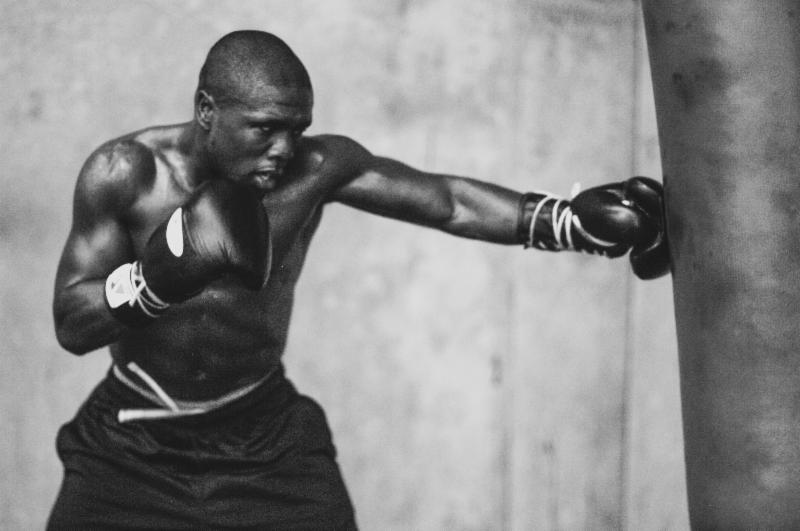 (OAKLAND, CALIF.) – What a difference a year makes. Just 12 months ago, Andre Berto (Winter Haven, Fla.) went under the knife at a Los Angeles hospital to repair a significant tendon tear in his right shoulder.. Today, the former two-time welterweight world champion is training full force in an Oakland area gym to prepare for his return to the ring on September 6 at the U.S. Bank Arena in Cincinnati, Ohio and live on SHOWTIME CHAMPIONSHIP BOXING®.

“It’s hard to believe that it’s been a year since my surgery. The last 12 months have definitely been hard, but I have learned a lot about myself and the sport since my last fight,” Berto said. “Dealing with an injury like this has helped me strengthen different elements of my game and I can’t wait to put all of that in to play on September 6.”

Berto suffered the injury in the second round of his last bout with Jesus Soto Karass on July 27, 2013 in San Antonio. Yet the 30-year-old is looking forward to showing his fans that he’s done more than just rehab in his 13-month absence when he steps back in to the ring on September 6.

“Virgil and I have been working consistently since I was cleared to start boxing training early this year,” Berto said. “Training with him is like being in a classroom and I’m excited to share the benefits of those lessons in Cincinnati.”

Berto will climb back through the ropes against an opponent to be determined in the September 6 tripleheader with Cincinnati’s own Adrien Broner and the hard-punching Lucas Mathhyse in what is guaranteed to be an action-packed show.

His first fight of 2014 will be his second with trainer Virgil Hunter and the pair has been fine-tuning Berto’s skills throughout the past six months in preparation for his comeback.

A 2004 Haitian Olympian, Berto is known as one of the true action fighters in boxing. He won his first of two world titles in June of 2008 and has consistently entertained fans during his run to the top of the sport. Berto claimed his second world title with a victory over Jan Zaveck in 2011, but he has faced a series of injuries and setbacks over the last three years. Rejuvenated and refreshed, Berto can’t wait to perform under the bright lights once again on September 6.