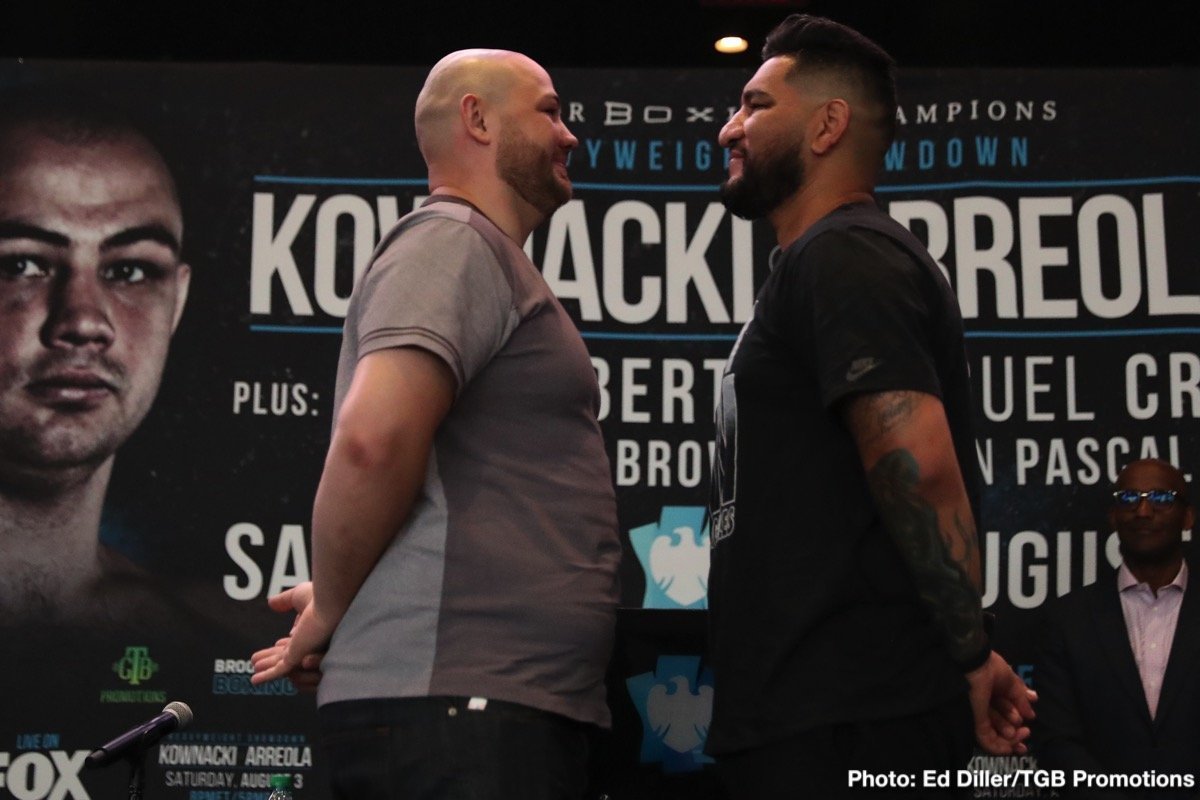 Two-time former welterweight world champion Andre Berto suffered an injury during sparring on Saturday that resulted in a torn bicep muscle and is forced to withdraw from his bout against Miguel Cruz that was scheduled for this Saturday as part of FOX PBC Fight Night and on FOX Deportes from Barclays Center, the home of BROOKLYN BOXING™.

Undefeated Polish star and Brooklyn-native Adam Kownacki will meet Chris “The Nightmare” Arreola in a 12-round heavyweight showdown in the main event and unbeaten interim WBA Light Heavyweight Champion “Sir” Marcus Browne battles former champion Jean Pascal in a 12-round bout in the co-feature. The broadcast starts at 8 p.m. ET/5 p.m. PT and will now feature Brooklyn’s Curtis Stevens making his 154-pound debut against Wale “Lucky Boy” Omotoso in a 10-round bout.

Berto tweaked his left bicep muscle during sparring earlier last week and tore the tendon during his final sparring session on Saturday in preparation for the Cruz bout. After an MRI revealed the extent of the injury, doctors advised Berto to withdraw from the fight and have surgery as soon as possible.

“Saturday was the last day of sparring and I was trying to finish and keep going strong,” said Berto. “I threw a left hook and I felt a squeeze and a pop. I started yelling and cursing, because I knew what happened. I’ve had injuries before. Even though it was bad, I thought it was something that I could get a cortisone shot and fight with. But the MRI showed that the tendon was torn from the bone and I need surgery as soon as possible.

“It’s devastating because I worked hard for eight weeks and I’m in dog shape. I was just ready to go. This just kills me. It’s so freaky that it happened on the last day of sparring. When I hurt it on Tuesday, I just taped it up and went back to work. The doctors say there was a slight tear on Tuesday because there was still some inflammation when I came back to spar on Thursday and Saturday. They say it would have torn during the fight.”

Berto went into his match against Jesus Soto Karass with a shoulder injury, tore muscles during the match and had to fight with one arm. He had shoulder surgery to repair torn tendons and ligaments and spent eight months recovering. He was out of the ring for 14 months.

Berto hopes to be better in three months

“This injury and the surgery won’t be as bad as the shoulder,” Berto said. “The shoulder was a lot of different muscles and tendons that were torn. I had a sling on for six weeks, and I was immobilized for so long that I had frozen shoulder syndrome and I had to go through three or four weeks with therapy to just get it to moving. It took eight or nine months with the shoulder. If I do it right with this injury, I’ll be good in two or three months.”

Berto (32-5, 24 KOs) has fought some of the top welterweight champions of this generation, including Floyd Mayweather. The 35-year-old won a welterweight world title with TKO victory over Miguel Angel Rodriguez in 2008 and successfully defended it five times before losing it to Victor Ortiz in 2011. He later avenged that loss to Ortiz with a knockout victory in 2016 on FOX. Heading into the fight against Cruz, Berto was coming off a split decision victory over former welterweight champion Devon Alexander in his last fight in August on FOX.