Officially, George Foreman scored a technical knockout, or a TKO, over Joe Frazier in winning the world title inside those two shockingly unforgettable rounds. Yet as we all know, there was nothing technical about the sheer, savage beatdown “Big George” administered in extinguishing Frazier and his smoke. This was as clear a victory as could possibly be imagined.

It was on this day way back in 1973 when it happened. Foreman, unbeaten at 37-0 yet untested at top level (aside from a solid win over the eternally tough George Chuvalo, who Foreman stopped in the third round in 1970; Chuvalo still on his feet) was a 3/1 outsider against the unbeaten heavyweight king. Frazier, still riding high from his awesome winning performance against Muhammad Ali in the 1971 “Fight of the Century,” had no idea what he was about to run into. Or what was about to run right through him. Neither did the watching world.

In short, Foreman went clean through Frazier like he wasn’t even there that day in Kingston, Jamaica. It was a complete mismatch, with the taller, stronger, more powerful challenger tearing away at the soon-to-be ex-champion with sledgehammer right hands to the head and jaw. Six times Frazier went down, the final time from a bone-crunching uppercut that lifted Frazier clean off both feet. Referee Arthur Mercante had, for whatever reason, permitted the slaughter to go on until the point where Frazier was launched into the air, yet now he too had seen enough.

Foreman had taken the title and he had made it look so easy. The description of a fight that shocks often uses the words “it sent shock-waves through the sport,” but this was really the only way anyone could describe what happened in this fight. Foreman had smashed his way to the top of the division and he seemed set for a long, long reign. 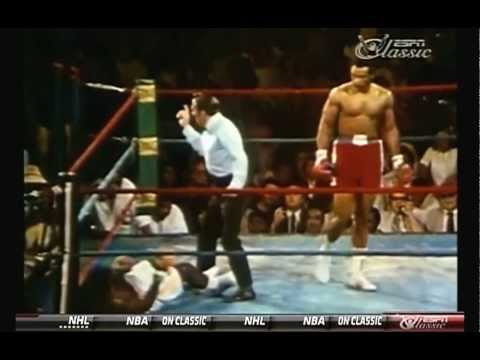 218 solid pounds, a little over 6’3” tall, yet to reach his peak at age 24, a pure if raw puncher like no-one had ever seen. This was the 1973 version of George Foreman. As we know, it took the incomparable Ali to do the unthinkable/impossible in employing his rope-a-dope to befuddle, exhaust, and ultimately down the “invincible” Foreman. But could anyone else have beaten the Foreman of 1973/1974? Maybe not, and this is including today’s best heavyweights.

The Foreman of those days had everything apart from stamina and the ability to relax. Against anyone other than Ali it didn’t matter. Foreman certainly didn’t look to have ANY weaknesses in the Frazier fight, sorry, massacre. Foreman TKO2 Frazier was The Upset of the Year, sure, but it’s interesting to look back today and see how Ring Magazine voted Foreman’s hammering of Frazier as The Fight of the Year.

It really was no fight. Frazier never had a chance.