80 years ago today in New York, one of the most celebrated and unforgettable boxing rivalries began. Sugar Ray Robinson and Jake LaMotta met up in a non-title ten round fight, and though neither great knew it at the time, each man had found his most testing rival; the fighter and fights both legends would be largely defined by. Fight-one between Robinson and LaMotta was a bout that was won by Sugar Ray, this after Jake had scored a first round knockdown. Robinson, angered over being put down, boxed brilliantly afterwards, sending LaMotta home with a wide points loss on his record. It was Robinson’s Madison Square Garden debut.

It would have been boxing’s loss if these two had failed to hook up again. Thankfully, the two all-time greats did get it on again – some five more times. And how savage a series this one really and truly was. 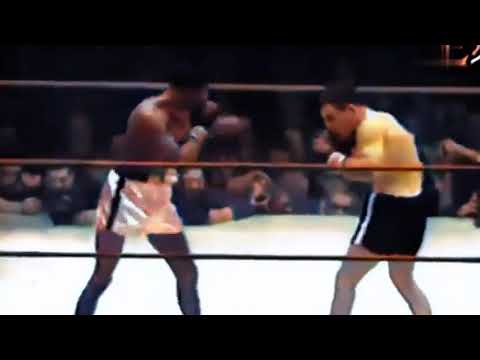 LaMotta got his revenge in the February 1943 return, scoring a heavy, out of the ropes knockdown in a torrid (for Sugar Ray) eighth round. Robinson barely beat the count and he was then saved by the bell. LaMotta basically beat Robinson up over the course of the last two rounds. This time, it was Jake who sent Robinson home with a wide points loss on his record. Sugar Ray had lost for the very first time and he was now 40-1 (this an entire career in terms of numbers by today’s standards).

Amazingly, the two fought a third fight just 21 days later! This time, fighting again in Detroit, Sugar Ray once again found himself getting knocked down, and once again he got back up. A close encounter, Robinson’s superior boxing saw him home to a decision that LaMotta felt should have gone to him. There just had to be another fight between the two. Fight-four came two years later, with Madison Square Garden once again hosting the hostilities. The final ten-round fight between the two, fought-four saw Robinson remain off the canvas all night, winning by unanimous decision.

These two had more to give each other, however. The fifth fight was arguably the most controversial of the series; at least the scoring of the fight proved the most controversial. Robinson won a 12 round split decision in Chicago, a verdict that was soundly booed by the fans in attendance. Sugar Ray later said that this was the toughest, hardest fight he ever had with LaMotta.

And then came the final fight/war/battle of survival – “The St. Valentine’s Day Massacre.” LaMotta, now the world middleweight king, attempted to retain his belt for a third time against his bitter rival. The fight held in Chicago was brutal, with Jake, who had struggled to make the weight, fading after around eight rounds. Sugar Ray took over and proceeded to dish out a sickening beating, stopping (but not dropping) LaMotta in the 13th round of a truly great fight.

The rivalry was over. It had taken over ten years to complete; the two men warring for almost 65 rounds. Robinson won the series 5-1, yet no man ever made the greatest to ever do it work so hard so many times. Fans today can barely imagine such a rivalry taking place here in the era we live in. 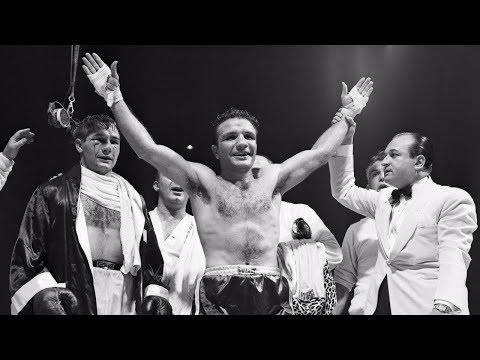