Finally, the great Ezzard Charles has been immortalized with a statue in his honor. Yesterday, in the newly renamed Ezzard Charles Park in the West End neighborhood of Cincinnati, a gathering of people showed up to witness the official unveiling of the statue. Ezzard Charles II, the son of the former heavyweight king, was amongst those in attendance, while the Mayor of Cincinnati gave a speech.

The beautiful statue, some years in the making, has on the bottom the inscription “Don’t lead with your chin, but keep looking up.” At the celebration of Charles’ life and career, a band played some blues and jazz tunes (Charles being a real music lover), and fans were invited to take part in a run that followed the route “The Cincinnati Cobra” would run when doing his roadwork.

Charles is of course a former world heavyweight king, having ruled from 1949 to 1951, yet for many historians, Charles ranks as THE greatest light-heavyweight of them all; even though he never became champion at 175 pounds. Three times Charles bested the legendary Archie Moore at light-heavy, the third time by knockout. Charles was a magnificent boxer, capable of doing things with his hands and his feet that left fans and experts in awe. And Charles had immense toughness (see his two wars with Rocky Marciano; Charles coming desperately close to winning both of them).

Sadly, Charles died at the young age of just 53, with the former champ falling victim to the cruel disease ALS, also known as Lou Gehrig’s disease. But Charles’ ring accomplishments will never be forgotten. And now, finally, the good folks of Cincinnati have a place where they can go and pay homage to one of the greatest fighters who ever lived. 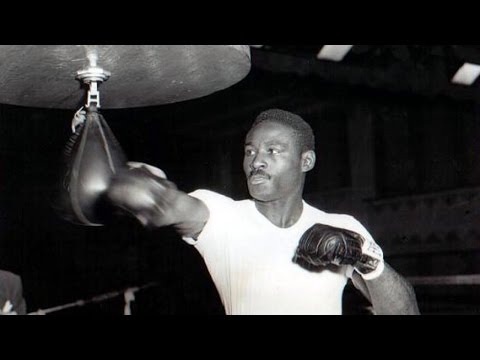