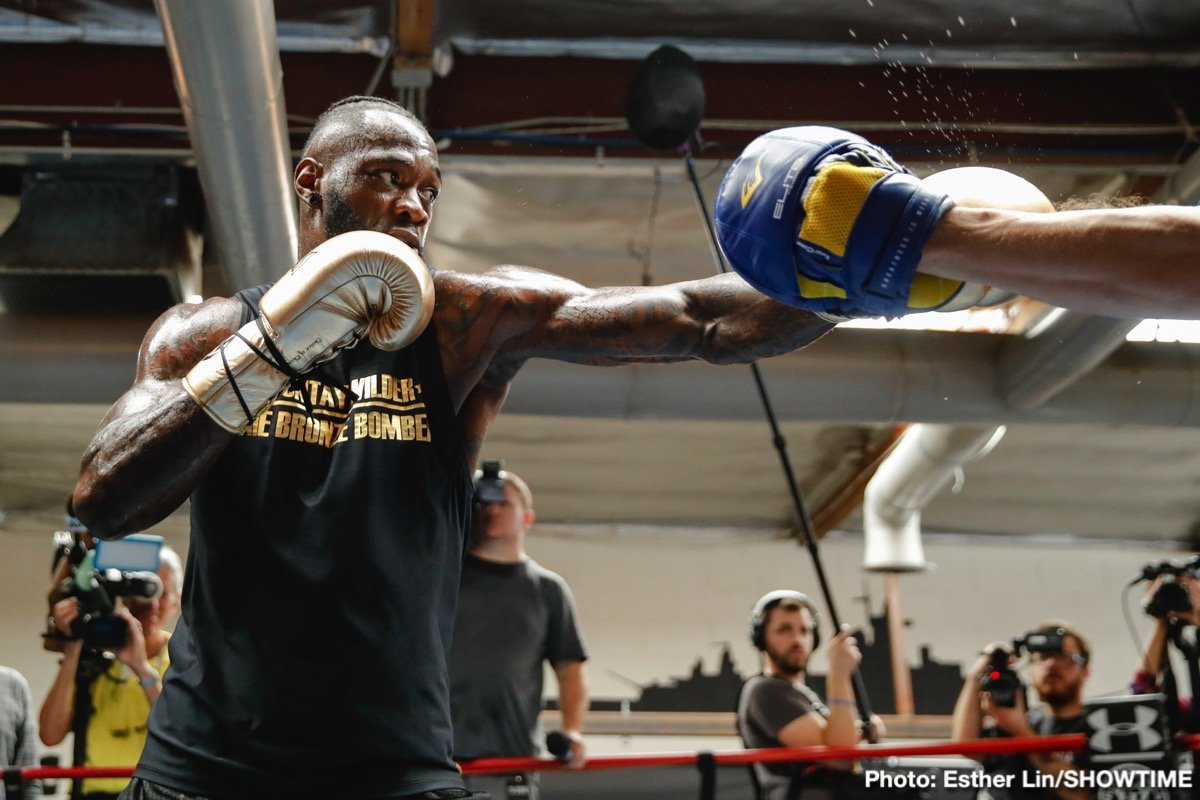 It’s a sign of how the sport has changed when there is reported to be a staggering $100 million on the table for WBC heavyweight king Deontay Wilder. All he has to do to get it, say reports first broken by RingTV.com, is to sign up for a three-fight deal with the seemingly endlessly deep-pocketed folks at DAZN. The first fight would be against Dominic Breazeale, net $20 million for “The Bronze Bomber,” and then there would be not one but two fights with rival heavyweight champ Anthony Joshua, net $40 million each for the unbeaten monster puncher.

It’s a no-brainer, right – Wilder simply HAS TO accept. There is an official press conference set for this coming Tuesday, where Wilder is expected to confirm the date and venue for the fight against Breazeale, and it will be on Tuesday when we find out whether or not Wilder has agreed to take the mega-bucks offer from DAZN; at least the network which will televise the Breazeale fight, set for May 18, will be confirmed at the presser.

It is possible Wilder will, for whatever reason or reasons, turn down the huge money offer and stick with Showtime, who have of course shown all of his big fights, and fight Breazeale there. But with so much money on offer – and all of it legit – and with those two fights with AJ seemingly so close (one would go ahead in the fall, the other some time in the first quarter of 2020; this of course would be reliant on Wilder beating Breazeale and AJ seeing off Jarrell Miller on June 1), Wilder has a whole lot to think about right now.

Could you turn down so much money? Would any heavyweight, past or present, be bale to turn it down? The great George Foreman, ahead of his super-fight with Muhammad Ali, famously said he would “fight twenty Muhammad Alis for five million dollars.”

It seems Wilder can pick up a life changing $40 million by fighting two Anthony Joshuas.