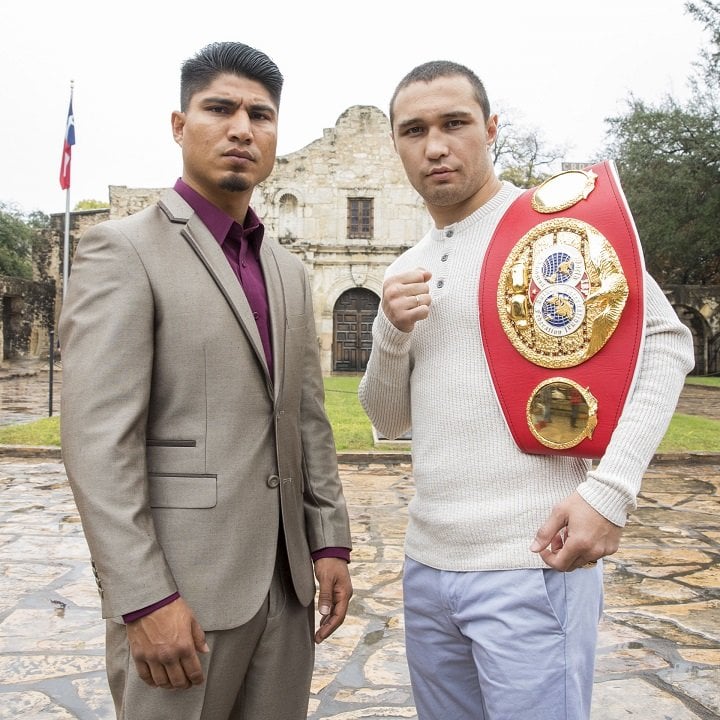 The first big fight postponement due to injury has come about here in 2018. Unfortunately, Mikey Garcia’s bid to become a four-weight world champ will have to wait just a little while longer. According to a breaking news piece from Dan Rafael of ESPN.com, reigning IBF 140 pound champ Sergey Lipinets, who would have defended his belt against Garcia on February 10, has suffered a hand injury. The fight, and the whole card, will now take place at a new, as yet undetermined date later this year.

“The injury is not that serious from what I’ve been told [by Team-Lipinets]. They think it’s a sprain in the hand, but definitely nothing is broken or anything that would cause the fight to have to be pushed back by an extended period of time,” promoter Richard Schaefer told ESPN.com earlier today.

The rest of the February card was to have had Rances Barthelemy-Kiryl Relikh in a return meeting for a 140 pound belt, Ray Robinson-Yordenis Ugas in an IBF welterweight elimination bout, along with Richard Comney-Alejandro Luna in a lightweight elimination bout. Now this good card will all go ahead at a later date.

Hopefully, as Schaefer alluded to, the delay will not prove to be an overly long one. Garcia, one of the hottest fighters around, has been off for a long time in the past – from July of 2016 to January of 2017 – and his return win, which saw him rip the WBC lightweight belt from Dejan Zlaticanin, proved to be a real buzz.

At 37-0(30), Garcia is one of the pound-for-pound best in the sport today, and the plan for after he fought Lipinets (and won, as Garcia was/is of course sure would be the case of course) was to move back down to 135 for a big unification showdown with Jorge Linares. This fight too may have to wait a little longer than was the original plan.