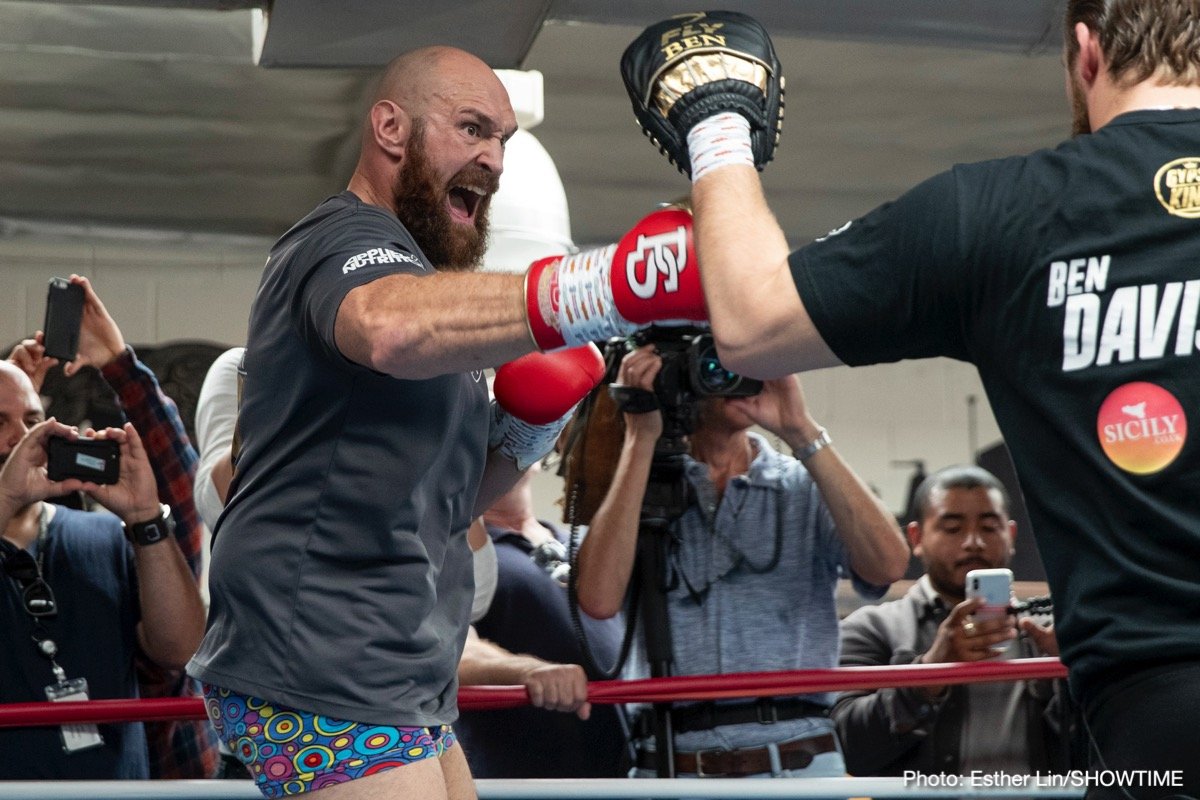 Iron Mike Tyson is giving Tyson Fury (27-0, 19 KOs) a fighting shot at pulling off an upset against WBC heavyweight champion Deontay Wilder on Saturday night in their mega-bout on Showtime pay-per-view at the Staples Center in Los Angeles, California.

Although Wilder (40-0, 39 KOs) is currently the favorite to defeat the ring rusty former IBF/IBO/WBA/WBO heavyweight champion Fury on Saturday, December 1, former heavyweight champion Mike Tyson thinks the mental strength of Fury could be too much for Wilder, whose power could be neutralized by the ‘Gypsy King’ on the night.

“Although Wilder’s punch is strong, nothing can compare to the mental strength Fury has shown both in and out of the ring,” Mike Tyson said. “It’ll be a close call, but I think Fury’s got a true fighting chance.”

Fury pulled off a big victory three years ago in upsetting the apple-cart with his win over Wladimir Klitschko in 2015. Fury came into that fight as a big underdog against the stronger, more accomplished Klitschko, and yet he found a way to win by coming up with a great game plan. Wladimir never adapted to what Fury was doing, which was a lot of different spoiling tactics. In the end, it came down to Wladimir not throwing punches. That was all he needed to do to have a chance of winning the fight, but he wouldn’t unleash his shots. When Klitschko did throw punches in the 11th and 12th, he looked tired, uncoordinated and not in then same class as Fury. The odds-makers had misjudged how good Wladimir was in comparison to Fury.

Wilder is going to be stalking Fury around the ring, waiting for an opening to let his hands go. It’s doubtful that Fury will land many of his jabs. He’s the taller guy than Wilder, but he’s not going to want to get close enough to connect with his jabs. If Fury let’s Wilder get close enough to land one of his fight-ending right hands, things could get ugly for the British fighter.

Boxing great Evander Holyfield sees the fight as one that can be won by Wilder if he focuses on being first. Wilder, 32, can’t afford to wait. He needs to attack Fury, and not let him stand back and jab and use a ton of feints the way he was doing against Wladimir all night long in their fight in November 2015 in Dusseldorf, Germany. Wladimir was one of those types of fighters that waits until his opponents have stopped throwing punches before he throws a shot. Fury and his training noticed that, so they made sure that he threw continual air jabs to keep Wladimir bottled up on offense. Fury wasn’t even trying to land those air jabs. They were just thrown to scare Wladimir into not letting his hands go.

“Deontay needs to be first and he can’t wait on Tyson,” Holyfield said. “Tyson’s always been the bigger fighter. In fighting Deontay it’s the same case. If things get difficult, he’s (Fury) got more experience and a lot of tricks. I think with Deontay’s power, he might be able to end it early, but if Tyson can frustrate him and it goes the distance, then it could go his way.”