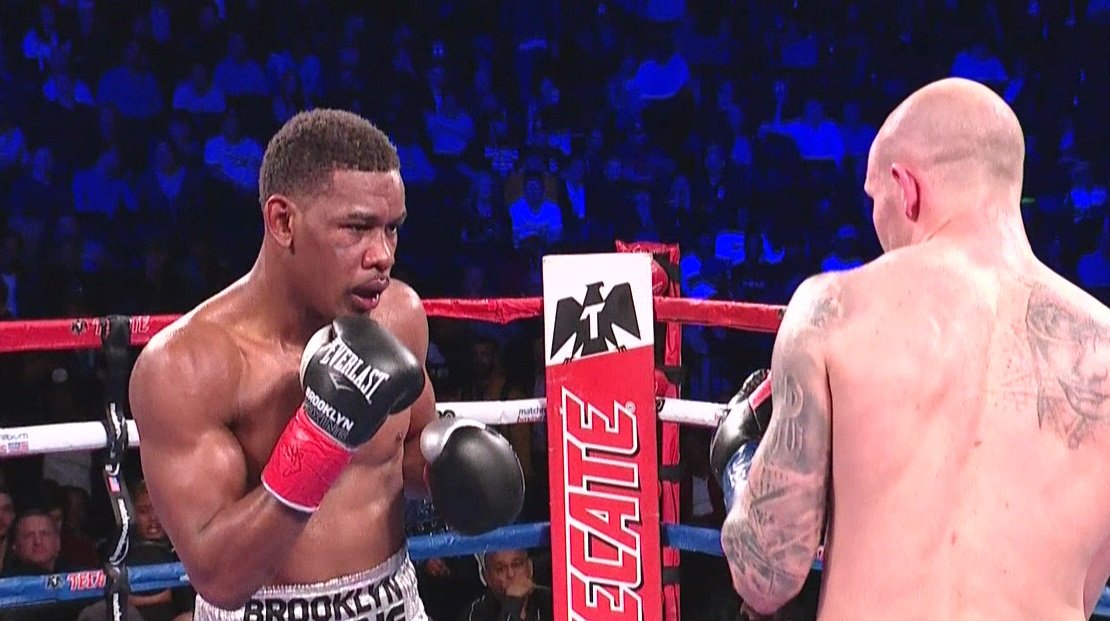 Daniel Jacobs is gunning for a Middleweight World title unification battle with Canelo Alvarez in 2019 – and the IBF World ruler says their showdown is one of the biggest fights in boxing.

Jacobs will be ringside at Madison Square Garden in New York on Saturday night as Alvarez looks to become a three-weight World champion when he challenges WBA World Super-Middleweight champion Rocky Fielding – with the Mexican king making his debut on streaming giant DAZN, with the clash also live in the UK on Sky Sports.

Jacobs became a two-time Middleweight king at the Hulu Theater at Madison Square Garden in October with victory over Sergiy Derevyanchenko in a fight of the year contender in the Big Apple. Canelo is moving up from 160lbs where he holds the WBA and WBC titles following his win over Gennady Golovkin in their rematch in September – and Jacobs wants Canelo to return to Middleweight and put his titles on the line in a huge Cinco de Mayo showdown.

“I did what I had to do and beat Derevyanchenko, a guy nobody wanted to fight and claimed a piece of the Middleweight crown. Now it’s time to unify. I believe that I am the best Middleweight in the world, and he thinks he is, so let’s put it all on the line.

“This is not only the absolute biggest fight to be made in the division, but one of the biggest in all of boxing. As long as he takes care of business on Saturday night I’m ready to go. Let’s give the fans and the sport of boxing what they want and let’s get this done for May 4.”

“I’m rooting for a Rocky Fielding win this Saturday – and when Canelo returns to middleweight THE fight for May is the Canelo vs. Jacobs unification,” said promoter Eddie Hearn. “After Danny’s great fight with GGG and his IBF victory in October, it’s a fight he wants and one he believes he wins. He will be there on Saturday with among the star-studded crowd watching very closely.”

Ringside judges Lynn carter and Carlos Ortiz scored the fight 119-109 and Henry Grant 117-111, all in favor of the defending champion. Managed by Vadim Kornilov and promoted by World of Boxing, it is onward and upward for Bivol, arguably the best light heavyweight in the world, who eschewed more lucrative offers from other networks for the honor of headlining the finale of HBO’s 45-year flagship boxing series. The telecast will be replayed for the final time Tonight! at Midnight ET/PT, exclusively on HBO.

“This is my time. I would like to fight the other champions in my division and unify the light heavyweight titles,” said Bivol. “I could even move down to 168 pounds and fight Canelo if he beats Rocky Fielding to win the WBA super middleweight title. That way we could each put our titles on the line. I just want to fight the best. That is what I want and that is what the fans want.”

It was a perfect night for Bivol’s World of Boxing stablemates who fought on the undercard as well. In the co-main event, which opened the HBO telecast, Murodjon Akhamdaliev (5-0, 4 KOs), a 2016 Olympic bronze medalist who hails from Uzbekistan, retained his WBA Intercontinental super bantamweight title by scoring a ninth-round TKO of veteran Isaac Zarate (16-4-3, 2 KOs). In the best fight of the undercard, Israil Madrimov (1-0, 1 KO), from Uzbekistan, in his pro debut — a 10-round super welterweight bout — stopped battle-tested Vladimir Hernandez (10-3, 6 KOs), of Mexico, in the sixth-round of their gory slugfest. Russian heavyweights Evegeny Tishchenko (3-0, 2 KOs), a 2016 Olympic gold medalist, and WBA Intercontinental champion Sergey Kuzmin (14-0, 11 KOs) were knockout winners over Mexico’s Christian Mariscal (11-2, 5 KOs) and Laron Mitchell (16-2, 14 KOs), from San Francisco, respectively. Welterweight Shakhram Giyasov (6-0, 5 KOs), of Uzbekistan, stopped Miguel Zamudio (41-12-1, 25 KOs), of Mexico, in the first round. .

“I am very proud of all of our guys! It was a pleasure working with HBO and Main Events on another great event,” said Andrey Ryabinskiy, CEO of World Of Boxing..

“I am very glad that all our fighters looked great and got the W’s on Saturday. I am very excited about the future to come and I am proud of our team,” said Kornilov..