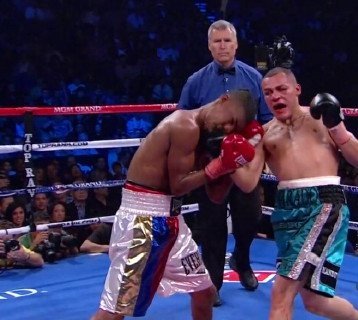 He’s just someone that might be better off fighting at welterweight rather than light welterweight, because I have a feeling that Rios will struggle with this weight as well. It will give him another excuse should he look terrible again and get another controversial decision like he did in his last fight against Richard Abril last April. But I don’t think boxing fans are buying Rios’ excuses anymore. If he can’t the weight or if it’s hurting to have to dehydrate down then he’s going to have to move up another division to welterweight.