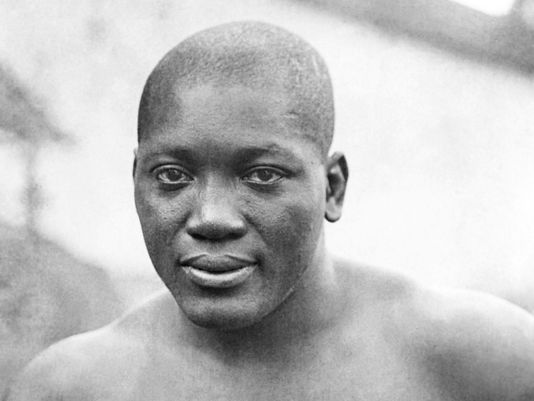 Veiled as the story of fictional boxing champion Jay Jackson, “The Royale” portrays the hurdlesreal-life Jack Johnson had to clear to become the first African-American heavyweight champion of the world.

“The Royale” has been presented in New York and Chicago, and is now in Miami, FL with local actor Aygemang Clay commandeering the lead role. Jack Johnson was born and raised in Galveston, TX. Ironically, the man who years later would become emblematic of segregation in sports actually grew up in a poor Texas neighborhood largely unexposed to segregation. Although he grew up with a lot of white friends, they were all similarly poor and he was rarely reminded of his skin color.

However, as he grew up and rose to greatness, segregation and racism would insert obstacles into both his personal and professional life. For years, then-heavyweight champion Jim Jeffries outright refused to box any back athlete. When Johnson eventually did get the title, it was stripped of him for violating the Mann Act [transporting a woman across state lines for immoral purposes] because he was seen travelling with a white woman.

“He was a showman, plain and simple, who knew that as a black man he had to promote and hype his own fights,” says Clay of Jack Johnson. “He left a footprint as a self-promoter in the sport of boxing. We saw it in Ali and we see it today in Floyd Mayweather Jr.”

An elegant and distinguished gentleman himself, Johnson always insisted that the strength and courage to fight “does not necessarily imply a lack of appreciation for the finer and better things of life.” Spoken by Jack Johnson 100 years ago, this sounds like it could have been said by Floyd Mayweather Jr. in 2016.

As sure as Johnson faced obstacles within his profession on account of his skin color, Clay relates to obstacles within his profession that are unique to black actors. He struggles to balance the need to keep steady work with the importance of avoiding a career full of typecasts. Indeed, IMDB lists “Scowling Hardass” as a television role. He explains that black actors often have to take these roles in order to establish themselves for more desirable roles.

“I don’t take everything I’m offered, but yes I do get offered a lot of those,” says Clay of offers to play ‘scary black guy’ and other typecasts. “I see portraying such a legendary figure such as Jack Johnson as an honor and a tremendous opportunity.”

“Without those roles there to learn from and to establish ourselves as actors, we don’t further our careers and get to better roles. We have to humble ourselves before we can achieve. Remember, before Jack Johnson was a world-famous champion, his father was a janitor; his mother did laundry.”

Beyond reading lines and attending rehearsals, Clay has gone to great lengths to prepare himself to invoke the spirit of Jack Johnson to his Miami audience.

“I’ve read every biography on Jack Johnson I could get my hands on, watched the documentaries,” Clay says proudly and enthusiastically. “I even run outside without a shirt just to get my skin a little bit darker like Jack’s.
“I want everyone to realize that they do not have to go to New York or L.A. to find great talent and live theater. Some of the world’s greatest talent is right here in Miami; right here in your backyard.”

“The Royale” will be presented at the GableStage at the Biltmore in Coral Gables, FL May 28, 2016 through June 26, 2016. Tickets are available at www.GableStage.org. More information about Aygemang Clay can be found at www.aygemang.com .

Bill Barner practices criminal and immigration law in South Florida for Barner Legal PA. As a writer, he has appeared in The Ring Magazine, Bleacher Report, VOICE Magazine, Florida Defender Magazine, Tuskers Magazine, Youngstown Vindicator, USABF, and is a regular contributor to East Side Boxing. He can be reached at barner@barnerlegal.com or on twitter @BarnerBill.