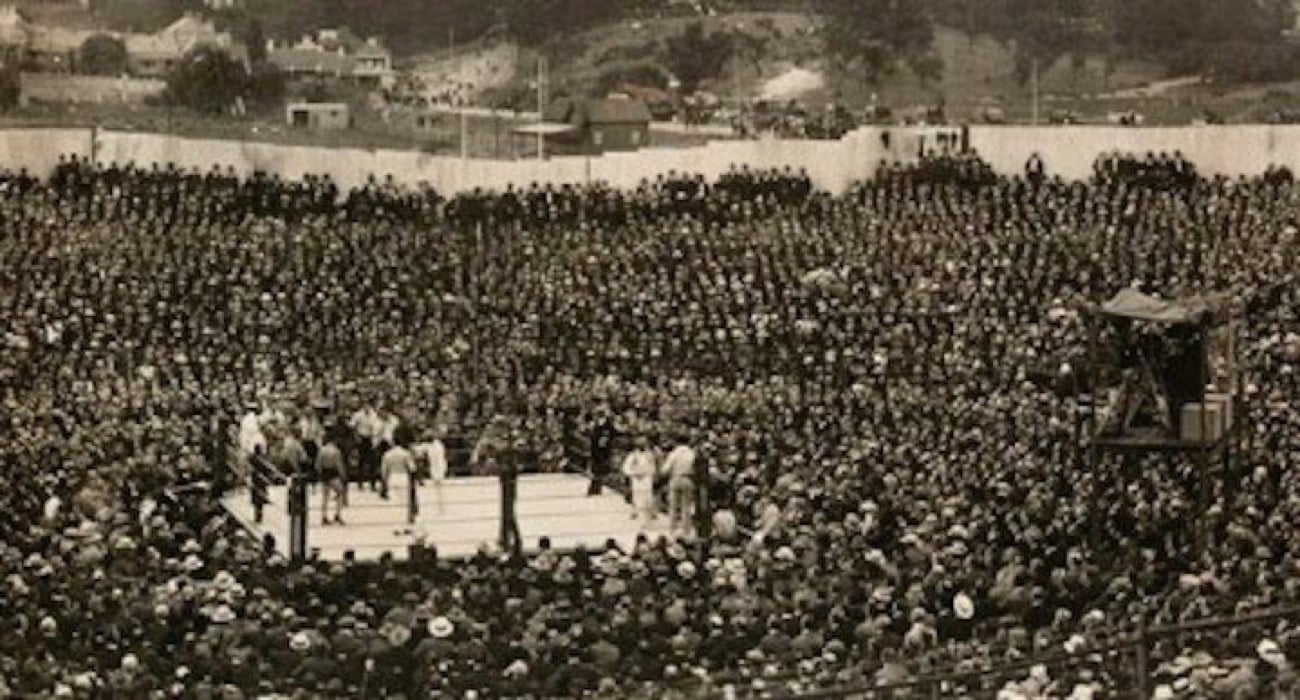 “I know I’m bad, but he was crazy!” Muhammad Ali speaking about Jack Johnson in 1978.

Jack Johnson was indeed crazy, he had to be. He was a black man plying his trade in the heavyweight division at a time when the white man ruled, was in charge, called the shots. At a time when black people were shamelessly being hanged, and worse, for daring to step out of line, or for having done nothing wrong at all, there was “The Galveston Giant,” boastful, arrogant, cocky, willing to take on any white man in the ring and then destroying him. Johnson was as bad as he was crazy. 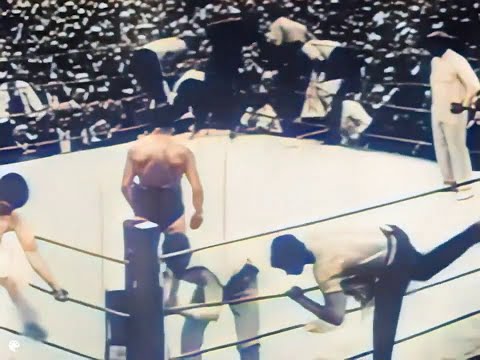 And it took Johnson a long, long time to get a shot at what was then The Richest Prize in Sports. The heavyweight championship of the world.

Johnson had literally chased reigning heavyweight champion Tommy Burns all over the globe, constantly daring him to do the right thing and grant him a title shot. Johnson, grinning and boastful, was the best heavyweight on the planet and he knew it. Plenty of white folks knew it too, deep down, yet they would never admit to such a thing. Burns said he would fight “Golden Jack,” but only for the astronomical sum of $30,000 (close to a $1 million in today’s dough). Burns, perhaps thinking he couldn’t lose – either nobody would ever be able to pony up that kind of cash, therefore he wouldn’t have to face Johnson, or else he would become an incredibly rich man, whether he won the fight or was beaten – was finally trapped in Australia.

A fellow (a very rich fellow) named Hugh McIntosh agreed to pay Burns the monster payday and the fight was on. Only it didn’t turn out to be a fight at all, more a slaughter. A slaughter that was so agonising for the large white audience to watch (not to mention painfully agonising for the thoroughly battered, bemused and broken Burns to have to endure), the police eventually piled into the ring and stopped it.

Johnson decked Burns in the opening round and then proceeded to taunt him (Burns launched some disgusting racial taunts of his own). Holding Burns up, carrying him, pounding him and truly relishing his date with destiny, Johnson won every minute of every round. Finally, after 14 utterly one-sided sessions, the police said no more. Jack Johnson was the heavyweight champion of the world.

It wasn’t long before “white hope” after “white hope” was thrown in with Johnson, the hope being the white man would regain what was rightfully his. Instead, Johnson left carnage in his wake. The world had changed, and not merely the sporting world. Reading about Johnson today, hearing about his exploits, his refusal to compromise, his inability or inclination to “stay quiet,” with Jack instead flaunting his talents, his wealth and his arrogance, it is almost unbelievable he wasn’t killed.

Johnson was indeed fearless. In and out of the ring.