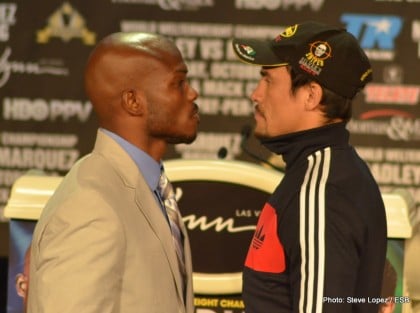 World class skill, heart, and grit will be on full display this Saturday night from the Thomas and Mack Center in Las Vegas, Nevada on HBO PPV. Many questions and queries from the boxing public will be answered when these pound for pound level fighters square off. Before we attempt to answer the final question of who will win enough battles to ultimately win the war, let’s take a look at what’s at stake and the doubts causing mass speculation leading into this matchup.

We might as well not beat around the bush, many fans and media members have placed a dark cloud of doubt that has followed the great Mexican Juan Manuel Marquez ever since he stepped on the scale for the third installment of a four fight series with Manny Pacquiao.

Marquez’s body, mainly his shoulders and arms, displayed growth and definition like never before. The last time above the lightweight division Marquez sported skin that wouldn’t be classified as saddle bags but surely his body looked bloated around 144 pounds.

To be fair the speculation started when, now known as Angel Hernandez, was spotted in the Marquez camp as the new strength and condition coach.

In this day and age of HGH and other performance enhancers combined with run of the mill near useless commission tests for boxing it’s very easy to assume a high percentage of fighters have or currently cheating.

Now add in the fact of Angel’s proven involvement in cheating for athlete’s, even the biggest Marquez supporters has a right to raise his or her eyebrow.

Don’t get me wrong, adding several new workouts to your regime in the late stage of a career or anytime for that matter, would improve or help the look of one’s physic if the person had never developed their muscles in a certain way.

The positive part of this most important topics for our sport may very well be that both fighters, after seemingly months of negotiation, have agree to let the Nevada State Commission run Olympic style tests during camp.

Obviously technology has a way of lapping itself at least we can get some closure with the random blood and urine tests. As a fan of the sport I can only hope that Juan Manuel Marquez passes all the tests and looks as good as he did the last few times he step on the scale.

For Bradley there are a few lingering questions, none more important than health, and considering the sport health is at the top of the list of worries in “Desert Storm’s” camp.

In what was a very revealing moment of a hype show for HBO called Face Off, Bradley openly admitted it was months before he felt normal after suffering through a brutal fistic war with Ruslan Provodnikov early this year.

He went on to say his speech and body functions were deeply affected from a concussion he had received early in that fight, getting hurt several times as the action ensued only made matters worse. 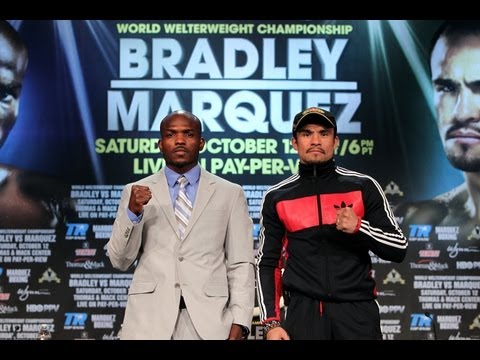 Sometime getting knockout early, cold or TKO can be a blessing in disguise thus allowing the body and mind to go into rest and recoup immediately after the injury. Taking a beating for those other 11 rounds can cause further injury.

Timothy Bradley may be healed and ready to return to an everyday life type of job, but his job puts his brain right back in the line of pain.

If buzzed again will he be able to respond this time? Certainly there will be some scary moments the first time he gets hit flush.

I know this scribe for one will be teetering back and forth from guilty, fear, and animalistic testosterone levels wanting to see a train wreck.

Let’s ask a few questions about this matchup that on paper could turn out to be a measured chess match.

These two guys meeting in and around the welterweight division has been debated in boxing forums and on podcasts right around the time Marquez was running out of names to fight at 135.

A slight majority of the fans leaned toward Bradley for 2 main reasons.

One reason was the way his body looked in the Mayweather fight at 144.

The other reasoning was his recent tendencies to touch the canvas or showing signs of age, seeming to top out at 130 after being hurt early, looking very vulnerable in his fights with Juan Diaz, Michael Katsidis, and to a lesser extent Joel Casamayor.

What style of fight can we expect? My guess is slow early rounds with one or two clean punches being the difference to steal a round.

Then, someone will find their rhythm possibly making an adjustment which will pick up the pace of the fight. Heavy artillery will be exchanged at some point it may only be in spots. I do see this fight being a see-saw battle with competitive rounds, however I don’t think it will be an all out war. 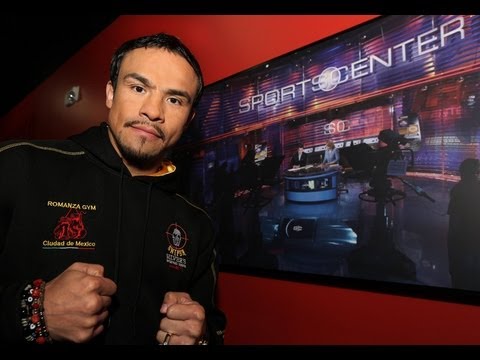 Maybe it’s just me trying to go in to this fight with low acceptations? I see what I like to call a skills competition otherwise known as a chess match, with neither fighter wanting to take the lead, instead attempting to counter a mistake that is made.

It’s doubtful that Bradley fights in the same style of his last fight. Many only remember his cool and more calculated form he has shown in the last few years.

Let’s not forget his raging, (fore) head first, balls to the walls style of of fighting that he entertained us with against Junior Witter and Kendall Holt. With plenty of pop, Timothy use to fight like a man that possessed one punch power and would try to wear his opponents down. It was like “bull rush” Bradley and that all changed after Lamont Peterson hurt him to the body, he took his game outside for the rest of the fight and has fought that way besides the Alexander fight, leading up to Provodnikov.

So which strategy should he use versus Juan Manuel Marquez you ask? That’s a great question.

I really like a blend of smart pressure for Timothy Bradley. The performance he delivered against Devon Alexander was one of his best. Using his jab and head (fill in joke) movement to cut off the ring and dig deep to the body.

Obviously one can be too aggressive when encountering a Juan Manuel Marquez, who is one of the best pure counter punchers and fighters in the game. A few rounds of the Jaun Diaz and Michael Katsidis fights offer up some strategic ideas for Bradley’s team as he creates the game plan.

Or Bradley may, which I have a feeling he will, do his work from the outside using his athletic ability and hand speed to turn Marquez into the hunter.

After the beating he took why wouldn’t Bradley just stick to his skill on the outside? Coming forward would be walking him directly into a booby trap set for him by the legendary Mexican. 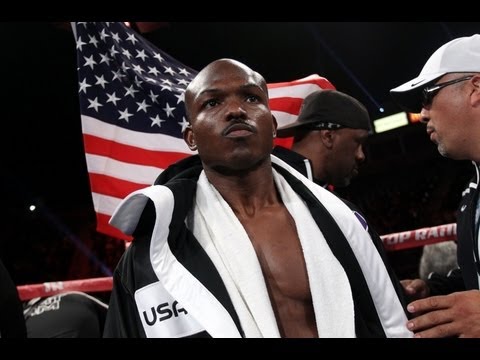 Here is the catch, for all the brawling he did with Ruslan, it’s not like Bradley didn’t box on the outside. He won most of the rounds with the outside busy work. From time to time after the early round action, he would stand his ground in spots and get hurt or buzzed on numerous occasions. Maybe it was the zombie like state he was in from the head injury?

It’s no secret that Marquez is at his best when being hunted and has struggled some when having to play the role of the come forward fighter. Unless were talking about aggressive in the sense of the word finisher, because when there is blood in the water you can bet your bottom dollar that Marquez will attack.

I fully understand why Bradley would choose to stick and move. With that said I would also get it if Marquez decides to not be overly aggressive and decides to stay in his comfort mode.

They’re could be a moment when the crowd is hissing and booing from the slow as molasses pace that we could see in the fight. It will be interesting to see who will fold first when faced with choosing between entertaining the crowd (which will be pro Marquez) or securing the victory. Surely a moment that may be a key to this fight and I’m strangely looking forward to. Maybe will take the bait and it turns out to be a slow fight?

Both can box on the outside. Both have a solid chin and strong mental toughness. Bradley has faster hand and foot speed but doesn’t pack a punch like “Dinamita”.

I think Bradley for this fight should mix the outside and inside work behind his jab, head down, guard up, digging to the body. It’s when he gets stuck in the middle that Bradley shows some weakness that Marquez can exploit.

Timothy coming forward can get wide with his punches, at the same time leaving his self wide open on defense. If he mixes it up with a in and out attacks it could keep JMM guessing. 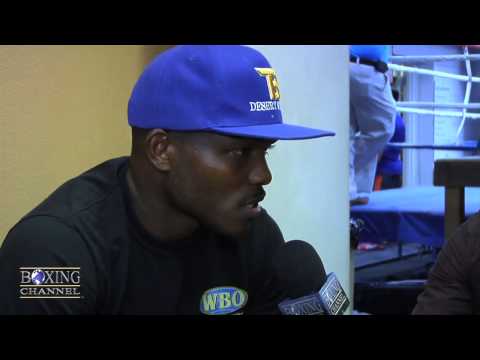 Marquez on the other hand thrives on the inside of the pocket with his poker face whiskers and an ability to set up his power shots with faints and timing. The moment you think you have this tough son of a bitch hurt is the moment we have all been waiting for because he has you right where he wants you.

This to me is yet another, in a long line of 50-50, pick’em type predictions for a fight that we as boxing fans have been lucky as hell to get with so much frequency in 2013.

I could totally see Bradley working his jab, staying busy enough with his right hand, and two punch combo’s from the outside, to win a decision. Winning a decision would put him right back in the ring if he so chooses, and Manny wins versus Rios, for the rematch with Pacquiao. Top Rank didn’t want that at first but with Marquez reluctantly deciding to pass on part 5 for now anyway, I guess the powers that be may want Bradley to win on the scorecard.

At some point this “Skillsfest” will have moments of rage and I don’t see the “Desert Storm” running and ducking for cover when the shit hits the fan. Those moments, even if just short portion in several rounds, could be enough to change the momentum of the fight and end up being the downfall for Bradley.

I feel that Marquez on the inside assuming he can get there, will be the more skilled fighter, able to land the cleaner more effective punches. Left hooks that appear to be jabs, short uppercuts, and right hands will begin to find their target.

But not after taking some time and punches from Bradley, to slowly but surely close the gap and fight at a distance that Marquez can dictate. That may mean a chorus of boos will come from the rafters at the Thomas & Mack Center until the action picks up.

I see Marquez trying to keep this in the middle of the ring at first, staying patient enough so Bradley backing up or moving too much would look like running. Marquez closes the gap and begins to land big shots. Bradley being ahead early to mid rounds, Marquez takes over, Bradley shows heart and the championship rounds are fought on the inside.

My official prediction is Juan Manuel Marquez by Decision or late TKO. I only say TKO or KO because of the possibility of Timothy Bradley still having some side effects or second guessing in this fight. 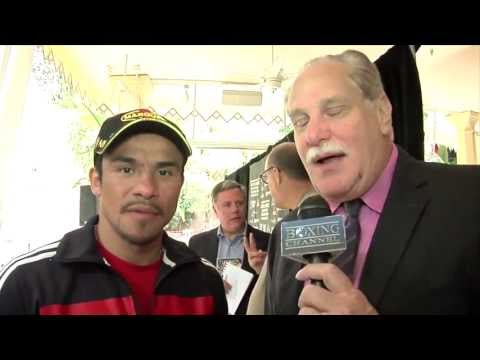