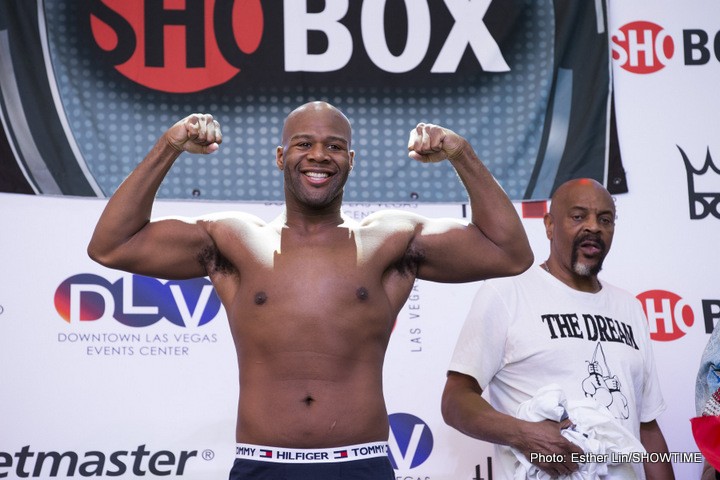 Both heavyweights were, for a time, in the running for a shot at WBA/IBF/WBO heavyweight ruler Anthony Joshua after Jarrell Miller disgraced himself and was out as the June 1 challenger, but Manuel Charr and Trevor Bryan lost out to Andy Ruiz. By way of a commiseration prize, if you look at it like that, the two will fight each other; and the secondary version of the WBA belt held by Charr (Bryan is interim champ) will be decided.

The fight has been ordered, and purse bids have been called for, to reach Panama by May 17th. Or, as Dan Rafael of ESPN.com reports, a deal could be reached by the two sides. It’s no big fight, and cynics will of course have a tough time calling it a world title fight, but Charr versus Bryan might just result in a good action fight. Charr, despite his limitations – stopped, brutally, by Alexander Povetkin and sliced and diced by Vitali Klitschko – has a ton of heart and he can fight.

At 31-4(17), Charr has won his last three yet he has not fought since back in November of 2017 and he later failed a drugs test from his win over Alexander Ustinov, where he won a version of the WBA belt. Inactivity could work against him if and when he does face the unbeaten Bryan.

Still, Bryan, 20-0(14) has not exactly been active himself. Last seen stopping cruiserweight B.J Flores to take the version of the WBA strap he holds, Bryan has not seen action since last August. On top of this is the fact that we know very little about how good Bryan really is – the win over Flores being his career-best victory/performance to date.

The winner may well go on to bigger and better things, and this will likely be the motivation for Charr and Bryan. The rugged, more tested Charr, the older man by five years at age 34, is the pick to pound out a decision win; providing of course his rust does not allow him to walk onto something big early on. And Charr has given us some exciting fights before now, maybe he can do so again.