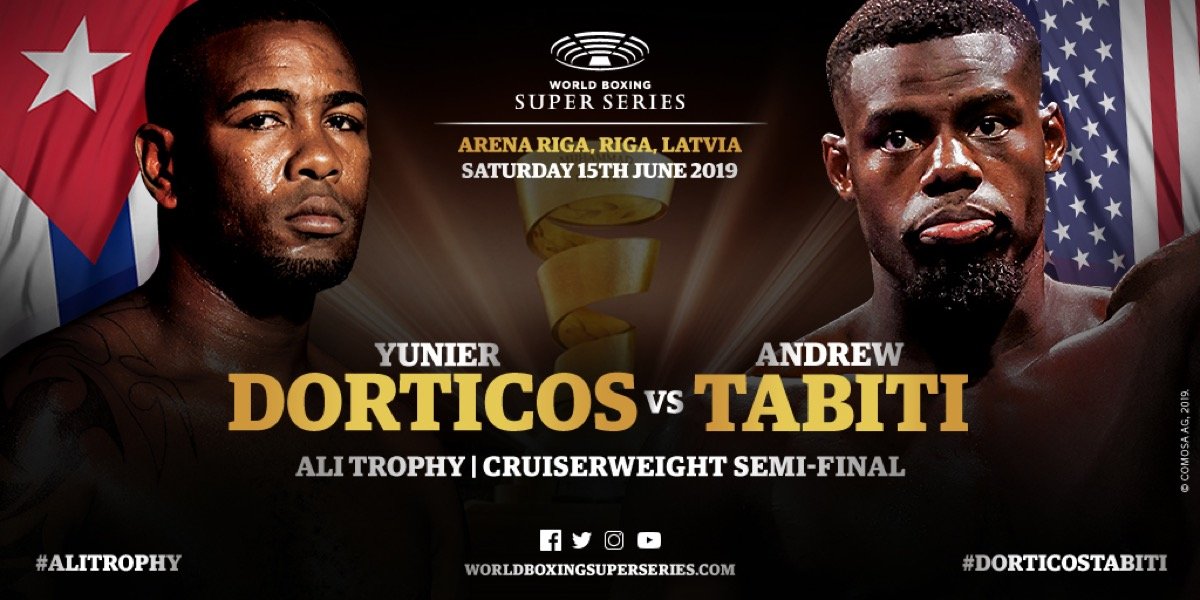 Yunier “The KO Doctor” Dorticos (24-1, 22 KOs) obliterated Andrew Tabiti (17-1, 13 KOs) in scoring a one-punch knockout in the 10th round on Saturday night in the World Boxing Super Series [WBSS] cruiserweight semifinal to win the vacant IBF title on Saturday night in front of a big crowd at the Arena Riga in Riga, Latvia.

Dorticos, 33, poleaxed Tabiti with a beautiful right hand to the head in the 10th round. The shot sent Tabiti, 29, down on his back on the canvas. He laid there staring at the lights, and out to lunch. Dorticos immediately started celebrating, and crying with happiness.

Tabiti was holding too much

Earlier in the contest, referee Eddie Claudio docked a point from Tabiti for holding in the sixth round. Tabiti was clinching all night long at every chance he could get in order to keep Dorticos from hitting him with hands. Even after the referee took a point away from him, Tabiti continued to hold. He was out of his element. Dorticos was too talented, and too experienced. That’s what this fight was all about. 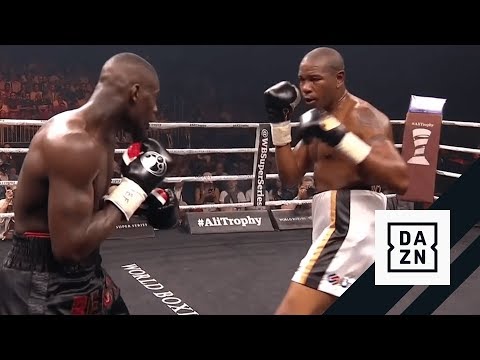 With his background of having fought on the Cuban national team growing up in Cuba, Dorticos had too much experience for Tabiti to deal with tonight. Tabiit could have been disqualified for all the holding he was doing. Clearly the holding was Tabiti’s game plan. It looked like Tabiti wanted to clinch his way to the championship rounds, and then go for the knockout after Dorticos tired from the grappling. It was a poor plan for Tabiti, because that game plan would require him to give away most of the rounds. It’s too Tabiti couldn’t do more than he did. He’s going to need to start over from scratch.

The fight was stopped officially at 2:33 of round 3.

Also in the sixth round, Dorticos was cut over his right eye from a clash of heads.