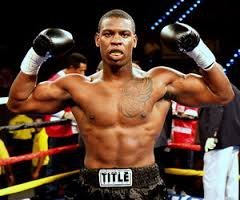 IBF heavyweight mandatory challenger Kubrat Pulev (19-0, 10 KO’s) will be fighting in an 8-round tune-up fight against little known fighter Elijah McCall (12-3-1, 11 KO’s) on the undercard of the WBA light heavyweight title clash between champion Juergen Braehmer and Enzo Maccarinelli. Pulev, at the Stadthalle, Rostock, Mecklenburg-Vorpommern, Germany according to Sauerland Events.

Pulev, 32, is already locked in for a world title shot against IBF/IBO/WBA/WBO heavyweight champion Wladimir Klitschko for later this year, so he just needs to stay active, get a little rust out, and avoid injuries in winning this fight against McCall.

McCall, 26, is the son of former heavyweight champ Oliver McCall. He played college football at James Madison University as a defensive end. He turned pro in 2009 without any amateur experience at all. In looking at some of his past fights, McCall seems to be a very good body puncher, but not much hand speed or power in throwing to the head. McCall looks like he’s a better puncher than Pulev, who is more of a slapper and jabber.

McCall comes into this fight having lost 2 out of his last 3 fights with knockout losses to Andy Ruiz Jr and Marcin Rekowski. You have to wonder whether McCall has a chin problem. Getting knocked out by Ruiz Jr. isn’t a big deal, but against Rekowski, that gives an indication that McCall might have problems with taking shots to the head.

If McCall can stay in the fight for 6 rounds on Saturday night, he might have a good chance of scoring a body shot knockout. Pulev can’t punch, and that’s an advantage for McCall. Pulev also is hard to hit to the head because he retreats each time an opponent tries to nail him in the head. But Pulev can definitely be hit with body shots, and that’s where McCall needs to focus his entire game plan for.

McCall has a very good left hook to the body, and I wouldn’t be surprised if he stops Pulev with a body shot on Saturday. Pulev is nothing special, and just someone that has feasted on weak opposition since turning pro. McCall could pull off a minor upset if he goes after the light hitting Pulev’s body.

In the meantime, McCall denied Sauerlands reports that he will fight in Rostock:

After agreeing 2 fight & docs being received. McCall watched tape of Pulev and pulled out of undercard bout. Replacement announced shortly.