“I feel great about the statement I made to the welterweight division,” said Lipinets. “I just fought an excellent fighter. This let me know where I’m at in the 147-pound weight class. I went into deep waters and showed that I belong.”

The fight featured near non-stop action and a thrilling finish, already earning Fight of the Year buzz after its’ conclusion. Peterson only occasionally retreated in defense for a moment or two while Lipinets was determined to close off the distance, making sure he didn’t let Peterson use his reach advantage, while using his own varied attack on the inside to occasional success.

“You can see that I have no problem with the size,” said Lipinets. “Peterson is an excellent fighter with unbelievable skills and he’s showed me what I can really do.”

Peterson was dedicated to attacking the body, punctuating numerous combinations with vicious left hooks to the midsection. He was the busier fighter but was still taking shots from Lipinets’ combination of hooks, uppercuts and body shots. Eventually one of those shots appeared to change the tide of the fight, when a straight right from Lipinets connected and clearly hurt Peterson. 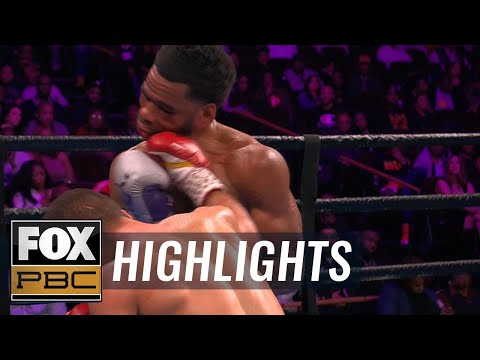 The counter put Peterson on his back foot and in survival mode for the final minute of the eighth round until hearing the bell. With the momentum sharply turning toward Lipinets through round nine and midway through round 10, Lipinets finally landed a sweeping left hook during an exchange that hurt Peterson and signaled that the end was near.

“It was back and forth and we were hitting each other with some good shots,” said Peterson. “It kind of just came out of nowhere at the end.”

Lipinets followed up and put Peterson on the canvas as the towel came in from Peterson’s corner, stopping the fight at 2:59 of round 10.

The exciting action fight featured both fighters throwing a career high number of punches, according to CompuBox. Both fighters landed a nearly identical number of power punches (189-188 for Peterson), with Lipinets landing 23 in each of the final two rounds. 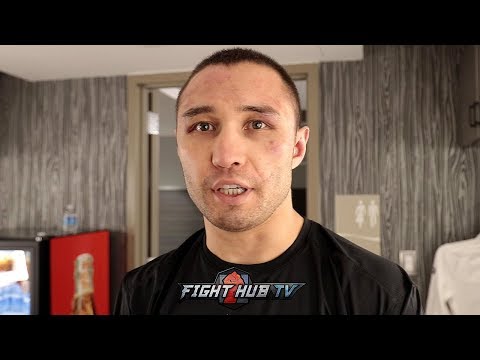 “You’ve seen what I did at 140-pounds and now what I can do here,” said Lipinets. “I made a big jump in competition from my last fight to this one. My new trainer Joe Goossen gets all the credit. We’ve had an excellent camp with perfect sparring that taught me a lot and got me ready for tonight.”

“There were no easy days in our gym for training camp,” said Goossen. “I feel like we clicked together and he got the best out of me because he was so agreeable to my methods and the way I pushed him.

“I thought Sergey’s defense was very good tonight. His jab worked good and he put real pressure on. The left uppercut was a good shot for him and he used a variety of punches in this fight to get it done.”

After the fight. Peterson, along with lifelong trainer and fellow Washington, D.C.-native Barry Hunter, announced his retirement from boxing in front of his hometown fans after a career that saw him win titles at 140 and 147-pounds.

“It’s been a long career but today is the day,” said Peterson. “I’m thankful for the support. I love everyone here and I’m always going to support this area, but I’m sure it’s time for me to hang it up. I couldn’t go out in a better way here at home. This will be the last time you see me in the ring.”

Peterson established his movement early on as he looked to pick his spots to attack Mendez with combinations to the head and body. Peterson flashed good speed and was the busier fighter especially early, often putting Mendez on the defensive during flurries in the first half of the fight.

“I could have thrown more punches in the first half of the fight,” said Mendez. “I think that was the difference, but I don’t think you can win the fight on the run.I knew that I was on his home turf and it was in my mind to do a little bit extra. Peterson is a great fighter and he’s good for the sport so I knew that I had to push the fight.”

Mendez began the fight looking to counter, but picked up his offense working off of a jab that swelled up Peterson’s left eye in the late rounds of the fight. Mendez was able to land with left hooks and uppercuts to open up his offense as the fight went on. 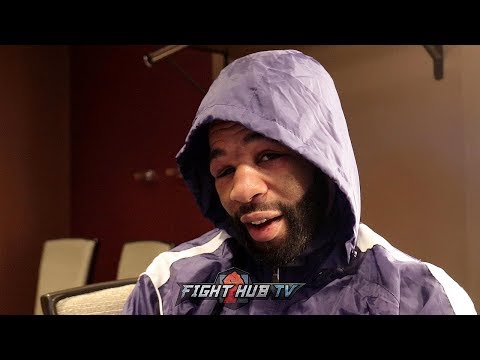 “Last night was actually the first night I really studied Mendez’s fights and I knew he was good and slick,” said Peterson. “There were times I didn’t engage cause of his countering. I took my time and used my jab and moved.”

While Peterson held a robust 137 to 83 advantage in punches landed, it was only a six punch difference in power punches landed. After 10 rounds all three judges saw the fight differently, with one score of 96-94 for each fighter and the third judge scoring it 95-95 resulting in the split draw.

“I didn’t think it was a draw,” said Mendez. “I know every round was close, but I think I won the fight. I don’t want to say it was easy but I think I won comfortably. He was running the whole fight and I was trying to throw counterpunches and catch him.”

“I can’t be that disappointed because I didn’t lose, but I was just happy to fight in front of my fans,” said Peterson. “I’ve been out of the ring for a long time and I think did okay, but if the judges saw a draw they saw a draw. I’m not mad about it.” 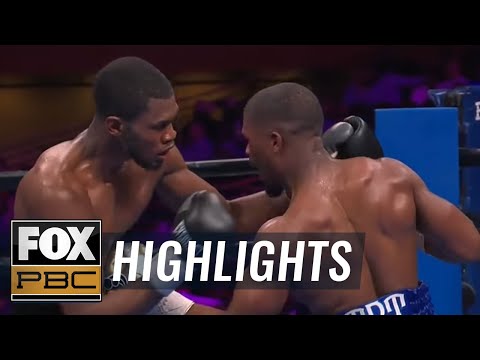 Brown scored the first big blow of the bout, landing a perfect counter right hook on the inside that sent Clark crashing into the ropes. Referee Kenny Chevalier ruled it a knockdown, determining that Clark had used the ropes to avoid hitting the canvas.

“He had the reach and I was trying to catch him. I was throwing my hook but I was a little off. I still think I won the fight. I caught him with the better shots. He was just slapping me with the hook and trying to catch up that way.

Clark was able to survive the onslaught and finish the round and appeared to recover until behing hurt again late in round four. From there, Clark began to increase his punch output, out working Brown on his way to a 162 to 97 advantage in total punches landed.

“I boxed a little bit better the last few rounds and used my height,” said Clark. “I made him miss and made him over reach. That was the game plan.”

Brown tried to do more work on the inside with big power punches that would hurt Clark and potentially end the fight. According to CompuBox, only 49 seconds on average per round were fought on the inside, allowing Clark to gain an advantage in the second half of the fight.

“I’ve been down before and I’ve seen the worst of the worst,” said Clark. “This was nothing. I just kept grinding. I got the win and now I’m going to sit down and see what’s next for me.”

“If they want to do it again, let’s do it again,” said Brown. “Let’s make it a 12 rounder. I don’t think he can survive 12 rounds with me. My coach knew that I needed the knockout but it’s still on to the next. I’m just going to go into the gym and work even harder.” 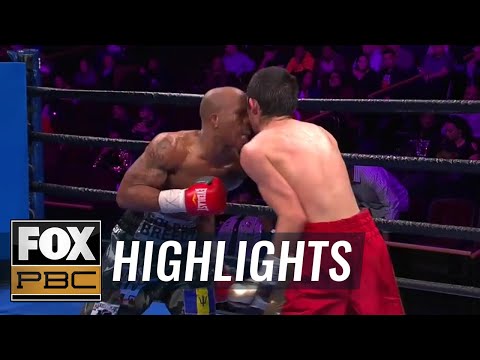