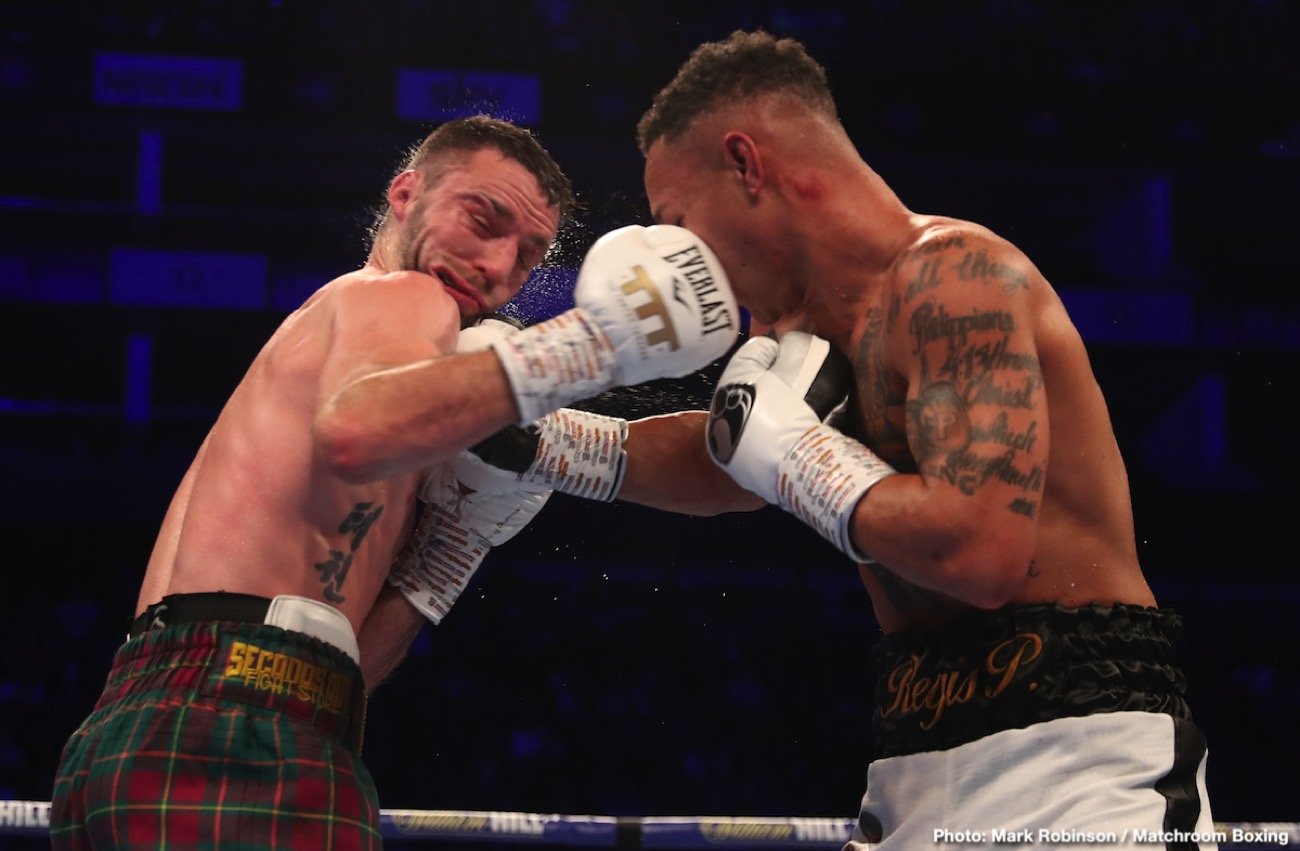 Last night’s 140 pound unification battle between unbeatens Josh Taylor of Edinburgh, Scotland and Regis Prograis of New Orleans, USA had it all and the modern day classic has to be placed up there with the great ones. The fight, one that saw the two best at the weight meeting whilst in their primes, with so much on the line – two world titles, three including the Ring belt, and the prestigious Muhammad Ali Trophy – gave us so much. The fight between the two southpaws had switching momentums, an abundance of skill, an incredible pace, blood and guts and, at the end, admirable sportsmanship.

For though Prograis, who lost his title and unbeaten record via close majority decision, could so easily have cried robbery, that he was given the short end of the stick largely because he was fighting away from home, he did not do so. No, these two, who had hurled insults at one another before the fight, behaved like, well, champions. Class all the way.

So what now for both men? Though a return meeting between Taylor, 16-0(12) and now the holder of the WBA and IBF super-lightweight titles, and Prograis, 24-1(20) would be so utterly welcome, Taylor has stated that he wants the other major belts at 140. That would mean a fight between the Scot and reigning WBC and WBO champ Jose Ramirez. This one has the potential to be another thriller. Indeed, Taylor has scarcely been in a dull fight.

Right now, his badly swollen right eye healing, Taylor is being showered with all manner of praise; with some saying he just might be the greatest fighter to have ever come out of Scotland. Taylor is that special though, that talented. Now we know he has every ounce of toughness to go with his skills. Last night’s fight might well win The Fight of The Year award (in fact, it’s going to be tough for the experts to pick a winner this year; seeing as we have had Errol Spence-Shawn Porter, Gennady Golovkin-Sergiy Derevyanchenko, Andy Ruiz-Anthony Joshua, Lewis Ritson-Robbie Davies, and others).

But there could be even more to come from Taylor. And from Prograis come to that. No way should Prograis be written off. In fact, Prograis might have the stuff needed to be able to come back stronger. Two men gave their all in a terrific fight last night, and both men were elevated as a result. Boxing at its best.