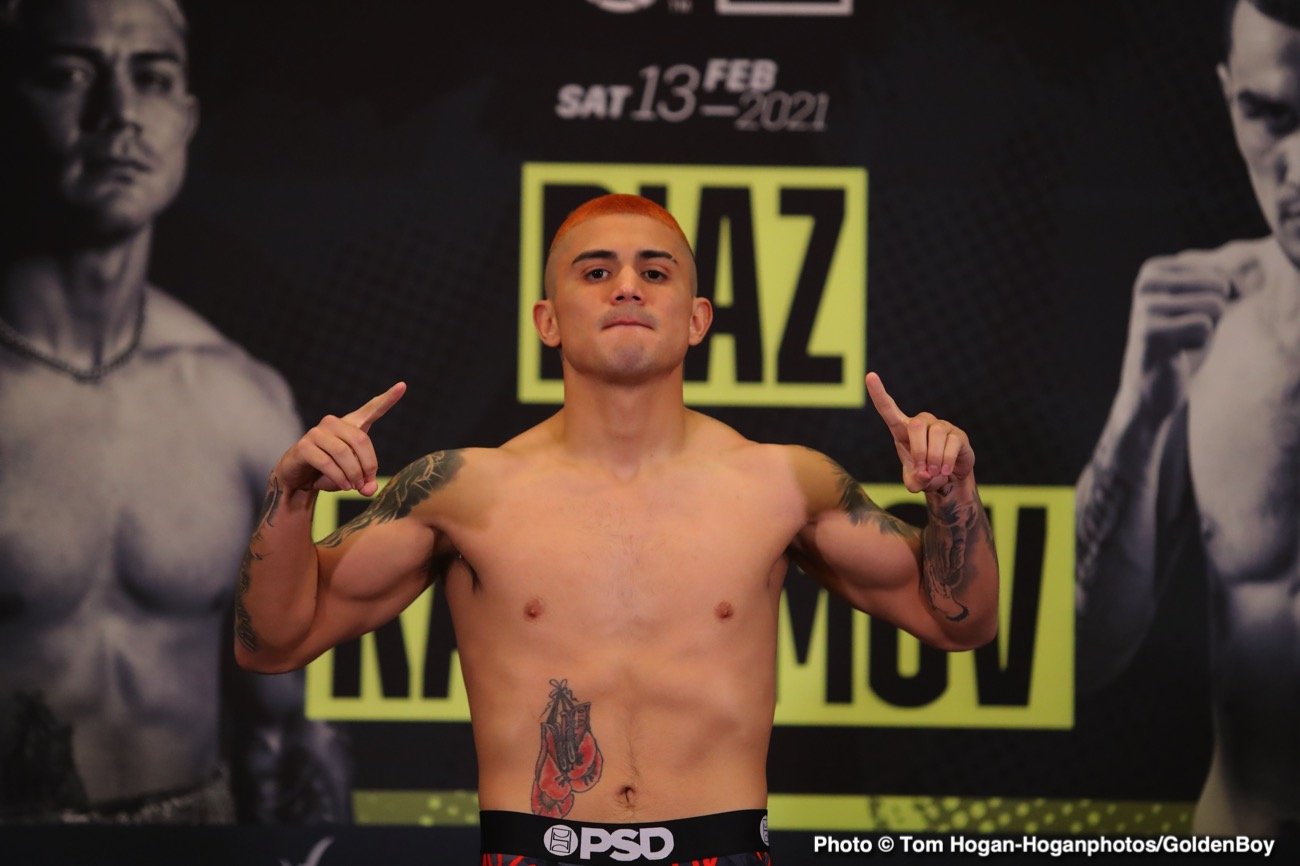 Rakhimov had no problems making weight in coming in at 129.8 lbs.  It’s unclear what went wrong with Diaz for him to miss the 130lb limit by such a large margin. Was it a lack of discipline?

Coming in heavy by a pound is one thing, but when you’re almost four pounds over the limit, that’s baffling. Was Diaz’s scale off at his gym while he was preparing for the fight?

Unfortunately, Diaz’s IBF title has now been stripped. However, it’ll still be at stake for Rakhimov to contend for when the two battle it out in the headliner at the Fantasy Springs Casino, Indio, California.

He’s been sitting on the title all this time without defending it due to the pandemic,  but sadly, he’s now an ex-champion, and he’s not likely to get a chance to recapture the title soon. 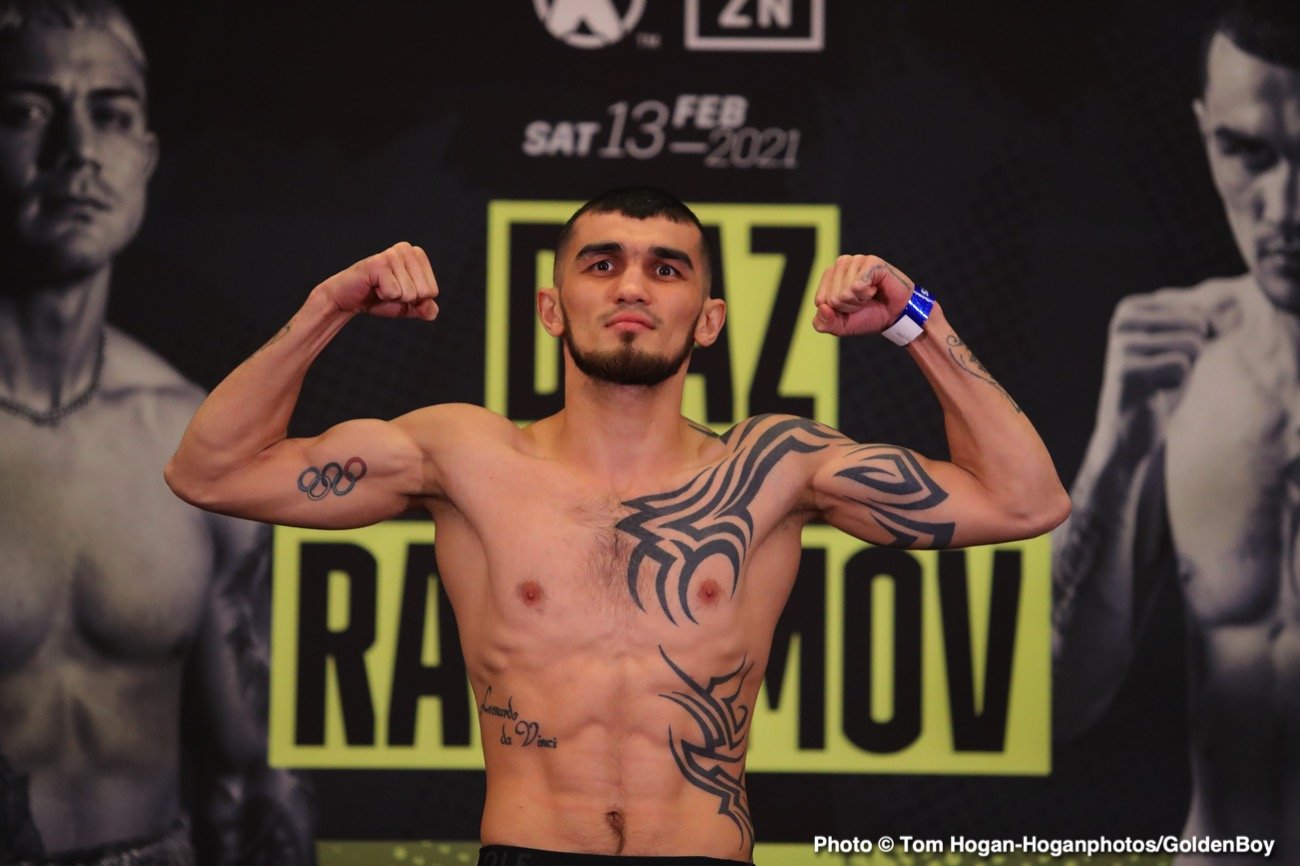 It’ll be up to the International Boxing Federation if they want to let Diaz Jr fight for his former IBF title against the net highest ranked contender if he wins on Saturday night.

It was pretty obvious in the last two weeks that Diaz would come in heavy for the weigh-in, as he looked huge, and he wasn’t dropping weight the way regular fighters as their fights draw close. It’s unclear what Diaz Jr was waiting for to try and lose the weight.

He showed no signs of being worn down from trying to take-off weight at the weigh-in on Friday.

Indeed, Diaz looked excellent, as if he didn’t have a care in the world, and he was swelled up like a lightweight, which is probably his next destination if he continues to have problems trying to make the 130-lb limit.

“I can teach you how to make weight,” said former IBF 130-lb champion Tevin Farmer on Twitter in taking a shot at Diaz Jr after he failed to make weight on Friday.

“Karma is a b****. 2X world champion coming soon. I thought someone who can’t make weight was talking s***.

“No discipline. 4 lbs, though. He ate all the goods. He talked all that s*** and didn’t make weight. He’s a joke,” said Farmer about Diaz Jr.

Both Castano and Teixeira haven’t fought since 2019, and it’s difficult who to pick in this fight. If Teixeira wins, he’s talked of wanting to take on IBF/WBA/WBC 154-lb champion Jermell Charlo for the undisputed junior middleweight championship.

Other weights on Saturday’s DAZN card:

Read:  Hearn: “I Expect Usyk To Be Aggressive, And I Think He's Going To Get Knocked Out”
Share76
Tweet