Jermell Charlo said on Sunday that he’s going to knockout WBO junior middleweight champion Brian Castano in their rematch on May 14th in Los Angeles.

Charlo was showing off his crib and his huge pool in his backyard. Jermell, 31, and his twin brother have made a lot of money in the last six years that they’ve held world titles. Interestingly, neither of the Charlo has fought anyone near elite-level.

The best guy Jermell has fought is Brian Castano, and he arguably beat him.

Not known for his power, IBF, WBA & WBC 154-lb champion Charlo (34-1-1, 18 KOs) wants to make sure the fight doesn’t go the 12 round distance this time after the controversial draw from their previous encounter last July.

That was the fight in which the boxing public saw Castano (17-0-2, 12 KOs) getting the business from the judges in Jermell’s backyard in San Antonio, Texas.

This time, it would be better that the fight not go the distance so we don’t have a repeat between these two. It’s interesting that Jermell is talking knockout because he’s viewed as the weaker of the Charlo twins with his 50% KO percentage.

With that kind of percentage, Jermell is talking crazy predicting a knockout. It’s safe to say that if there’s going to be a knockout in this fight, it’s going to be Castano that’ll be doing it.

“My fans want me to sit down, hang out and talk. Y’all be ready for something that is coming soon from me. I’m going to knock that b*** out, though,” said Jermell Charlo on social media talking about Brian Castano. “F*** giving you 12 rounds of fighting and s***,” said Jermell.

Whoever emerges as the winner of the Charlo vs. Castano II rematch, they’re going to have to deal with WBO mandatory Tim  Tszyu in their next fight. He’s a legitimate KO artist, and it’s going to be hard for either of these champions to get past him.

It might be better for Charlo and Castano to push for an immediate trilogy rather than fighting Tszyu and potentially getting knocked out. We already saw Charlo lose to Tony Harrison, and he’s nowhere near the puncher Tszyu is.

“I’m knocking that b*** out. Tell Mike Tyson to come holler at me,” said Jermell. “I want undisputed. For everybody that is saying my fight is in LA, we don’t know where the fight is at. We’re just ready to fight. 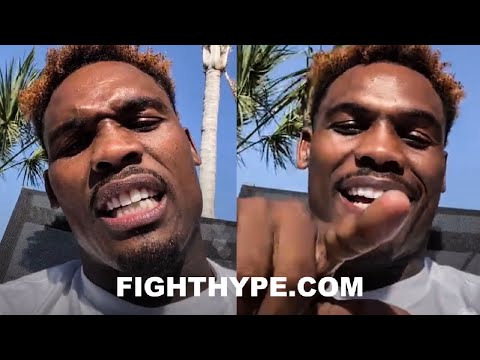 “The date and the venue is not locked in yet. Don’t book your s*** until it’s time to lock,” said Jermell about his rematch with Castano.

“Jermell Charlo and Brian Castaño once again will seek to become the first undisputed 154-pound champion in the four-belt era and just the third overall undisputed champion today when they meet in a rematch of their 2021 classic on Saturday, May 14 in Los Angeles.

“Plus, rising welterweight star Ennis, possibly the most talented boxer yet to win a world title, returns as the co-feature against Custio Clayton in an IBF Welterweight Title Eliminator.”