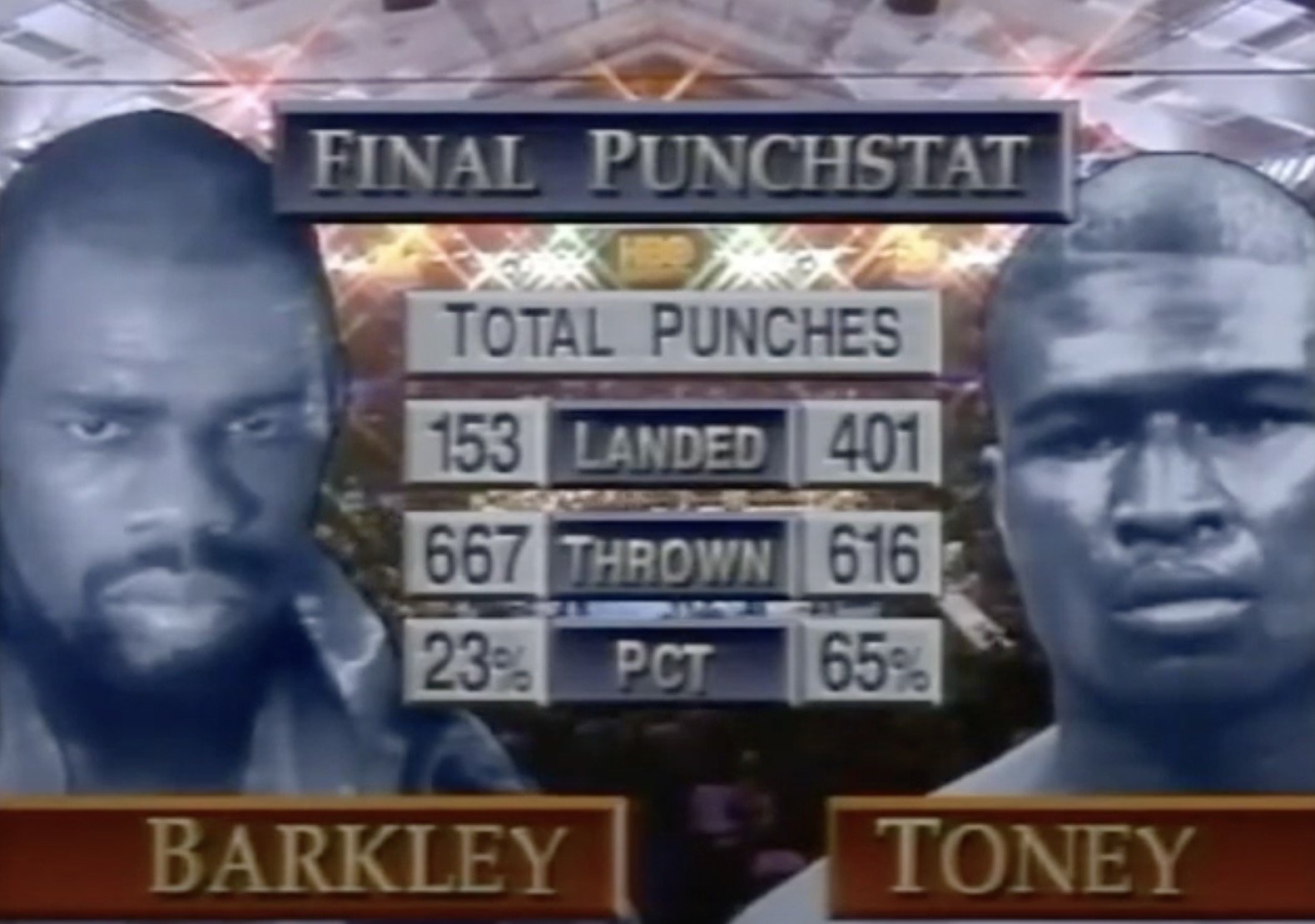 On this day back in 1993, former IBF middleweight champ James Toney made his 168-pound world title debut. Having finally said no more to the efforts and debilitation of making 160 pounds, “Lights Out” had made his move up a division. After retaining his middleweight belt with a close win over Mike McCallum in a return fight, Toney tested the 168-pound waters against Doug DeWitt. Toney won easily against the faded DeWitt. 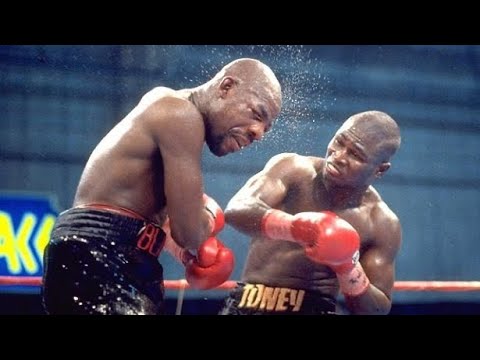 Ironically, Toney may have been aided by Barkley’s own struggle to make weight – “The Blade” having dropped down from light-heavyweight to take the Toney fight; this his career-best payday – but there can be nothing taken from the 24-year-old’s superb, flawless performance. Toney and Barkley went at it during the pre-fight build-up, the trash-talk quite intense. Barkley vowed to “break his neck.” Toney would later say he could not wait to get his hands on Barkley. “I want blood,” he said. “I’m gonna get it too.”

Toney was as good as his word, while Barkley, try as he might, could not do a thing to Toney. Aside from the famous Joe Calzaghe-Jeff Lacy beat-down, you will be hard-pressed to name a more one-sided battering in a world title fight at the weight – especially one that fans felt would be a hard and very competitive fight going in.

Toney couldn’t miss with his shots. Fighting on the inside as well as on the ropes, Toney used all his old-school moves. Making Barkley miss and making him pay, Toney was a surgeon in the ring and he was doing major work on Barkey’s face. By the middle rounds, it was hard to watch the 32-year-old Barkley being so effortlessly beaten up. Toney took his time, he made Barkley pay for each and every bad word he had had to listen to from the defending champ, and Toney sure got the blood he wanted.

Barkley was a quite pitiful sight at the end, his nose pouring blood, his mouth also busted up and his left eye swollen. Eddie Mustafa Muhammad, Barkley’s trainer, did the only thing he could in stopping the slaughter, this after the ninth round. Toney had delivered his masterpiece in a fighting career that would go on to be recognised as having been filled with them. For some, Toney’s most brilliant performance came in either his first or his second fight with McCallum. For others, Toney shone most brightly in his cruiserweight win over Vassiliy Jirov. Others still point to Toney’s win over Michael Nunn, or his heavyweight win over Evander Holyfield.

Yet plenty of fans agree – Toney was at his best the night he dismantled Barkley. Rewind to the 1990s and early 2000s, and James Toney really was a very special fighter indeed.