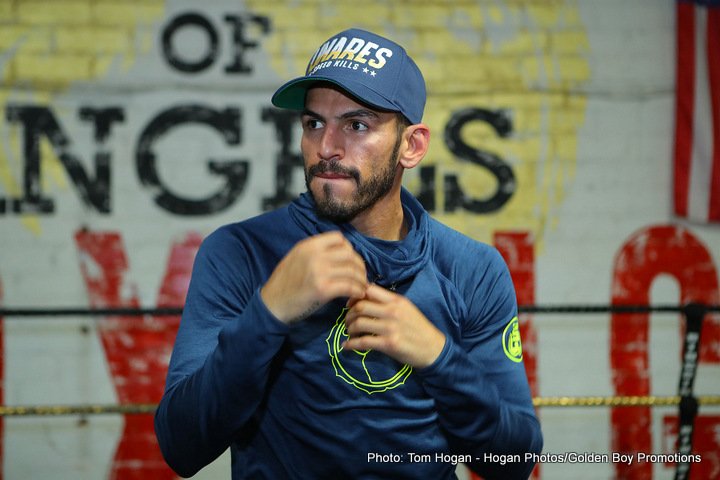 Ricky Burns and Jorge Linares, two proud former world champions (at more than one weight class) who are closing in on retirement yet aim to rule again before departing, will fight a WBA final eliminator at 135 pounds on September 7th in Glasgow, Scotland. The fight, one promoter Eddie Hearn had on a recent wish-list for this year, is a genuine 50/50 clash and there really will be nowhere for the loser to go.

Burns, 43-7-1(16) will enjoy home advantage having fought at The SSE Hydro arena in Glasgow a number of times. Burns, aged 36, is the older man by a couple of years. In terms of world class experience, both Burns and Linares, 45-5(28) have oodles. This one could come down to who has more left in the tank.

It wasn’t all that long ago when Linares – who has ruled at featherweight, super-featherweight and lightweight – was giving P4P king Vasyl Lomachenko one of his toughest fights, even scoring a knockdown before eventually being halted himself in the 10th round of an excellent battle. Since then, however, the talented Venezuelan has fought just twice, and the result in the second of these fights was quite shocking: Linares being iced inside a single round by Mexican warrior Pablo Cesar Cano in January of this year.

This was far from the first time Linares had been let down by his chin (all five of his defeats have come inside the distance) and it will be interesting to see how the quick loss has affected Linares’ confidence. At his best, Linares is a smooth boxer with good power. But Burns is one tough guy and he has never been stopped in over 50 pro fights.

A former champ at super-feather, lightweight and light-welterweight, Burns is coming off two wins that were badly needed after the Scot had suffered back-to-back defeats at the hands of Julius Indongo and Anthony Crolla, both losses coming in 2017. Burns last fought in November of last year when he stopped Scott Cardle in quick fashion.

Again, Linares-Burns is a real pick ’em fight and it could also develop into a great one. For the winner there will be, potentially, a shot at the aforementioned Lomachenko, a return shot in the case of Linares. And while it’s tough making a case for either man beating “Loma,” the fight between Burns and Linares will be one not to be missed.