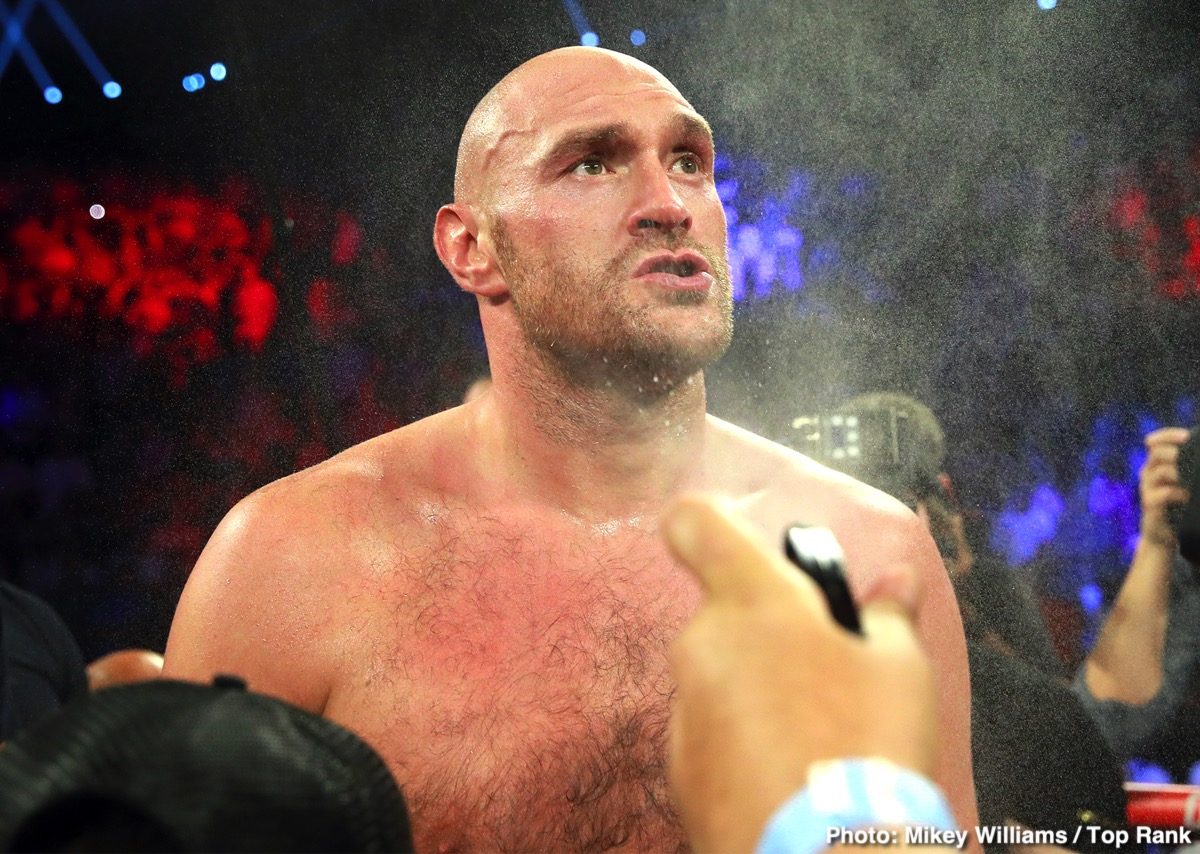 Proud lineal heavyweight title claimant Tyson Fury was speaking before a large throng of fans last night in Dunfermline, Scotland, at a Q and A session, and the unbeaten giant claimed how his anticipated return fight with reigning WBC heavyweight champ Deontay Wilder “has been confirmed and signed” and that it will take place on February 22nd. A number of publications have reported on what Fury had to say.

Fury had no further details to share, such as venue of the fight, but he did promise his fans that this time he will “knock him the f**k out.” Fury and Wilder of course gave us the 2018 Heavyweight Fight of the Year with their thrilling draw in December, yet this time Fury says he will be in better physical condition and that he will improve on the performance that saw him twice hit the deck – most memorably in the 12th and final round, Fury stunning the world by getting back up after appearing to be out cold.

We must of course wait for the official announcement of the fight (from co-promoters Bob Arum and Frank Warren, as well as from Wilder’s side) but hopefully Fury has not jumped the gun; hopefully the sequel has indeed been signed. It’s likely Fury will box again before next February, perhaps in October, maybe in New York. While Wilder has in his sights a rematch with Luis Ortiz, pencilled in for September.

But if both me come through okay, and if what Fury said last night is indeed 100 percent legit, we fans can look forward to one massively intriguing WBC/lineal heavyweight title fight rematch in February of 2020. Who wins? Will there be a winner? Will we see a KO?

Who can’t wait to find out!