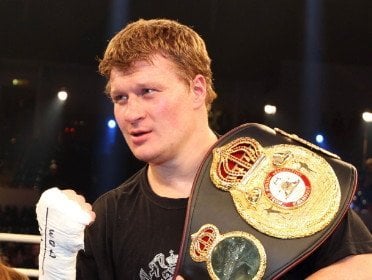 It seems there is a good chance the show will go on today in Russia. With the Alexander Povetkin fight off due to Povetkin coming up positive for a banned substance and Bermane Stiverne understandably opting to fly home to Las Vegas in disgust, it could be that Frenchman and former world title challenger Johann Duhaupas, 34-3(21) will step in to fight Povetkin in a non-title fight.

According to Igor Lazorin of TASS, the replacement fight seems to be on for tonight. 35-year-old Duhaupas, who last fought in April, when he stopped Robert Helenius in an upset, is tough and experienced and he is in Russia already – going there to watch the big fight. Who knows, maybe “Reptile,” as Duhaupas is known, might give Povetkin a tougher fight than Stiverne would have done?

Certainly, when he challenged reigning WBC heavyweight king Deontay Wilder in September of last year, Duhaupas did a whole lot better than practically everyone felt he would. Lasting into the 11th-round and managing to mark up the defending champ’s eye, Duhaupas earned the respect of both Wilder and the fans who tuned in.

If he’s stayed in shape since the April win over Helenius, and not put too much weight on, maybe Duhaupas will indeed save the show tonight and see to it that the fans who have paid for their tickets get to see a boxing match after all – even if it is not the match-up they had hoped for.

Duhapuas, who has been stopped by Wilder only during his 12 year pro career, could take some shifting if he does rumble with Povetkin. The heavyweight division is littered with fights where a late replacement foe caused the champ or the big favourite all sorts of problems (see Evander Holyfield’s near miss with Bert Cooper for just one memorable example).

If Duhaupas does fight Povetkin and beats him, the heavyweight landscape will be even more uneven that it already is! Good on Duhaupas if he does take this extremely short notice fight.