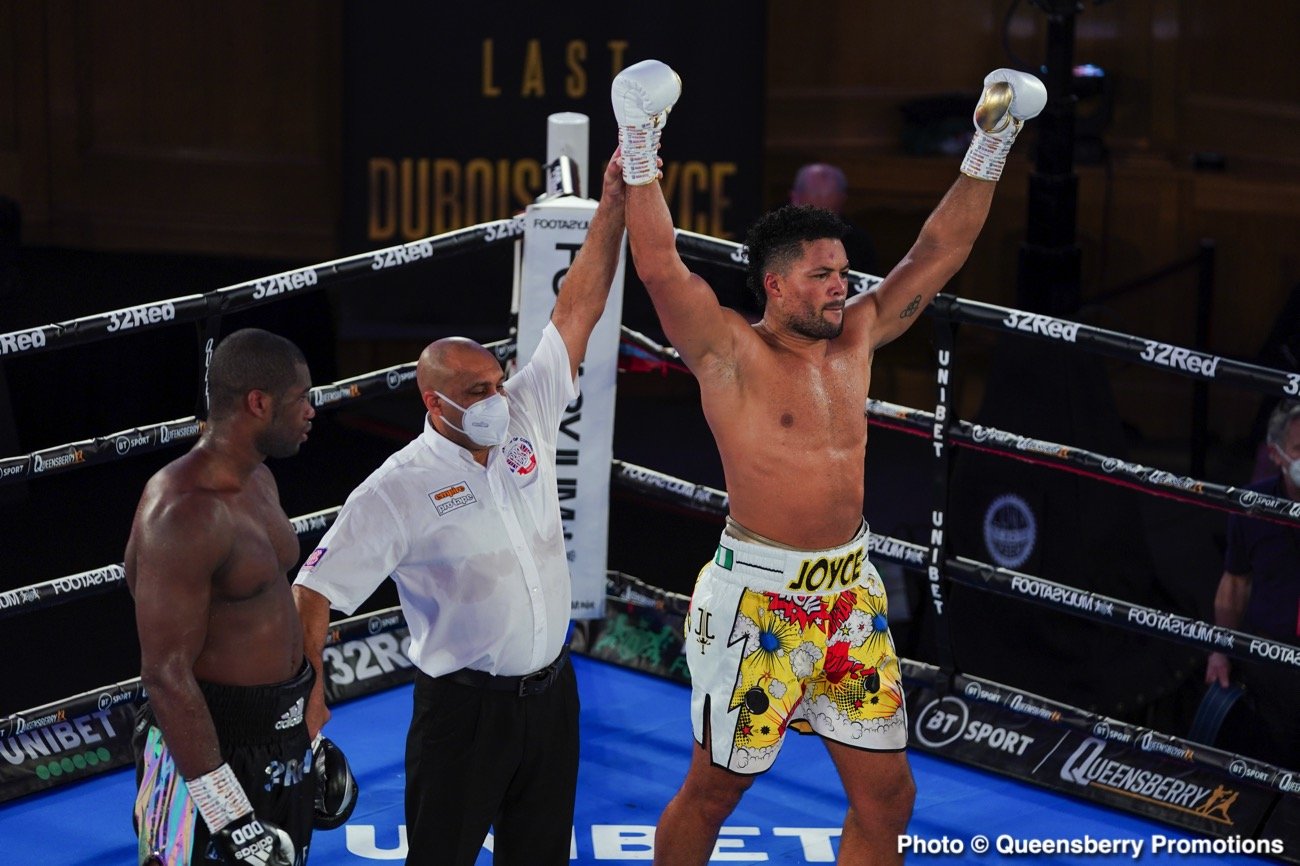 Joe Joyce will return to action on July 24th, for the first time since scoring a stoppage win over Daniel Dubois. Joyce, who had been hoping to get a fight with Oleksandr Usyk (this a rematch, the two having previously met in a WBS fight, with Usyk winning a decision), will now look to keep busy as he waits for a massive fight with either the Anthony Joshua-Usyk winner, or the Tyson Fury-Joshua winner.

Promoter Frank Warren, speaking with The Mirror, said Joyce, 12-0(11) has a number of potential options, all of them big, as long as he keeps on winning. Warren said Joyce has to take care of business against Takam before he can look ahead to a world title shot.

“Joe is a quiet man, he does his business in the ring but he does everything – everything – that has been asked of him,” Warren said. “He’s silent but deadly. Once the AJ and Fury fight is done, assuming they win their respective fights, Joe will be in a great position whereby he is the mandatory and will fight the winner. Having said that, he has to win this fight against Takam and we want to keep him busy, so he’s out on July 24 and we go from there.” 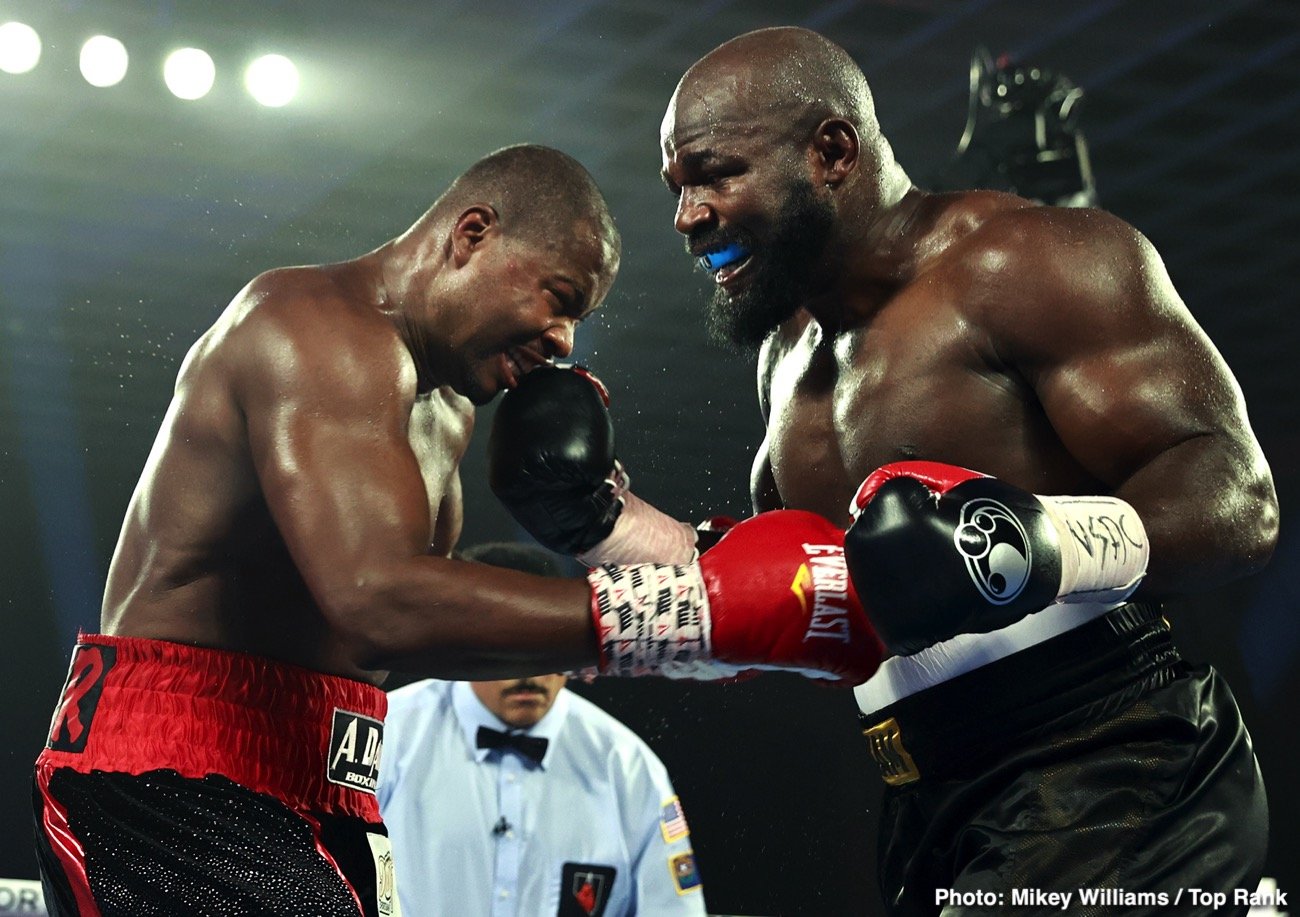 Joyce-Takam is a good fight. Takam might be getting on in years at age 40, but the Frenchman has won his last four fights and, as we know, he’s been in with everyone. Currently 39-5-1(28), Takam has been stopped three times but it has been quality fighters only who have stopped him – Alexander Povetkin, Anthony Joshua, and Dereck Chisora. Takam last boxed in July of 2020 when he picked up a decision win over Jerry Forrest, and we have to feel Takam has something left to offer. Maybe quite a bit.

Styles make fights, and 35-year-old Joyce, who is far from the fastest heavyweight, with his hands or with his feet, might get dragged into a slugfest type of battle with Takam. Neither of these two is ever really in a bad fight or a dull fight. Joyce has to be the favorite to win, yet Joyce Vs. Takam could produce fireworks. Nobody ever beats Takam without having to work very hard to do so. Can Joyce stop Takam, or would a points win have to suffice?

July 24, by the way, is the date the third Fury-Deontay Wilder fight will take place. It could prove to be some heavyweight night.