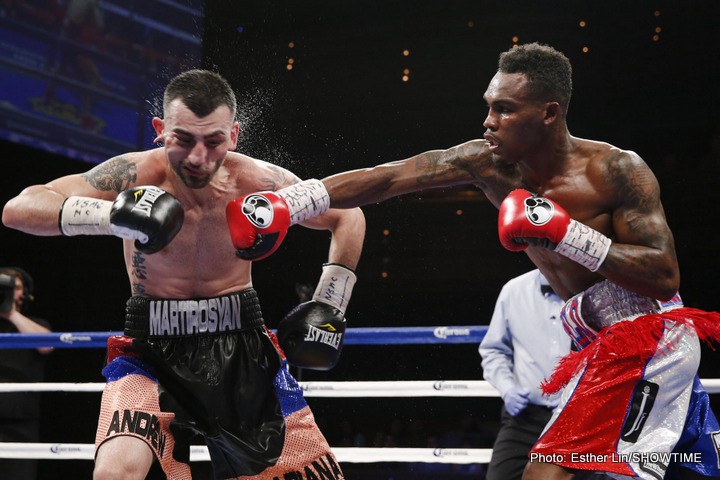 The fight will take place on NBC in the US, in Charlo’s Texas backyard. The date? October 31st, Halloween night – quite fitting for what is a freak-show of a match-up that can only seriously be described as akin to legalised murder!

The red-hot contender – whose twin Jermall made short work of another veteran, Cornelius ‘K9’ Bundrage earlier this month to pick up the IBF 154 lb strap – is riding the crest of a career best win over Vanes Martiroysan in March, and is hoping to challenge for his own piece of the world title pie in due course, however this match-up with the Canadian veteran will go absolutely no way towards that.

“This is a good fight against a former world champion,” Charlo said when the fight was announced by PBC on Friday. “He’s experienced, and he’s been in the ring with multiple world champions. I’m not taking anything away from him but Houston is my town. I’ve been anticipating another fight here. I’m ready to go, and I’m going to put on a great show.”

Experience is about all the aging Alcine will bring into the ring on the night, having been on a shocking run of form that began five years ago when he was roughed up and stopped in a round by Alfredo Angulo. After a surprise MD over David Lemieux in 2011, he then went on to get knocked out by Britain’s Matthew Macklin and Brian Rose, racking up 1 draw, and 3 losses in his last 6 fights alone.

“I am so excited for this opportunity to compete against a young, strong fighter like Jermell Charlo,” Alcine said. “I don’t think he’s faced a fighter with my level of experience in big fights. I am not going to make it easy for him. I am going to challenge Charlo like he never has been before.”