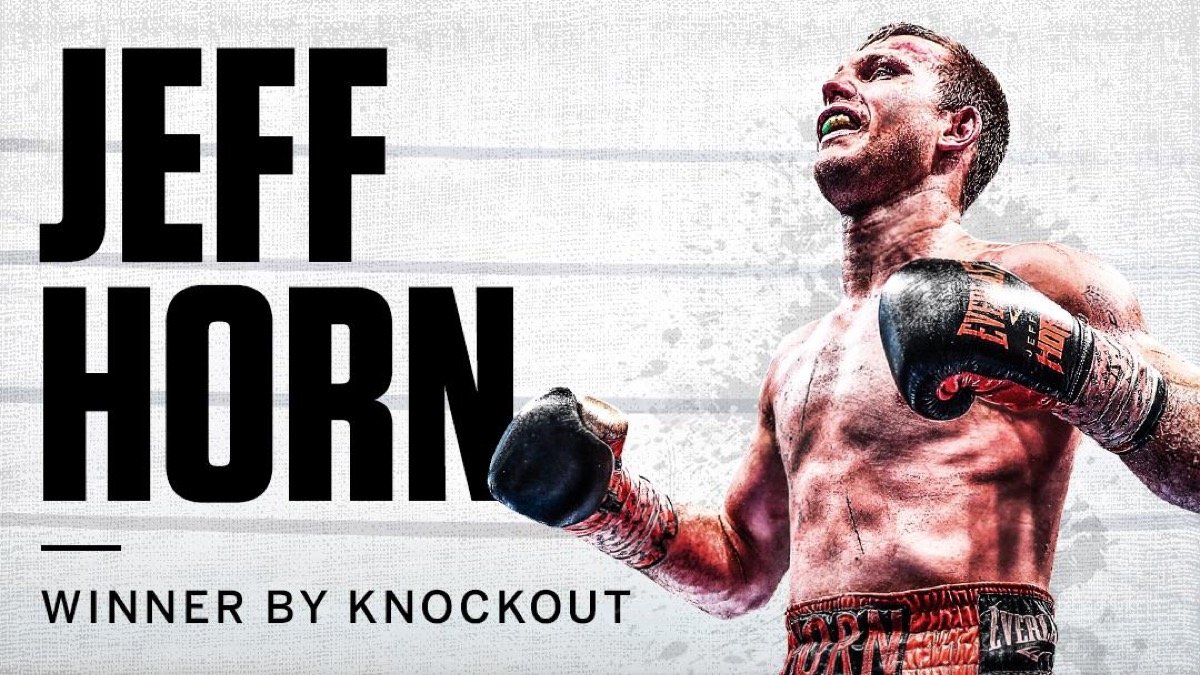 Earlier today in Brisbane, Australia, former WBO welterweight champ Jeff Horn took out countryman Anthony Mundine in the opening round of a much-hyped middleweight clash, a fight that had plenty of trash-talk beforehand. Horn was the much younger man at age 30 to Mundine’s 43. It showed, too.

Horn was all over Mundine from the sound of the bell, hurting the veteran with a right hand to the head and a hard body blow. Horn ended matters with a left hook to the head, with Mundine never looking like beating the count. It was indeed a most impressive, even brutal KO. Horn, having his first fight back since being stopped himself, by Terence Crawford, is now 19-1-1(13). Mundine, who announced his retirement from the sport straight after the heavy loss, exits with a 48-9(28) record.

It took Jeff Horn less than two minutes to knock out Anthony Mundine in their middleweight bout. pic.twitter.com/1fxBwio7Kd

Horn was ruthless today, and though he was facing a man at the very end of a long career – Mundine turned pro back in 2000, winning the WBA super-middleweight title in 2007 and ruling until he dropped down to 154, winning a belt there also – “The Hornet” made an ‘I’m back’ type of statement. Mundine had no answer for Horn’s speed and accuracy.

“I was expecting a tough fight, but I really felt great,” a victorious Horn said after his 96-second win. “We worked on a lot of things but that left hook while going to my right was the plan all along. It was a perfect night.”

It was indeed, and Horn showed absolutely no ill effects from the June loss to Crawford – he certainly wasn’t gun-shy, as some fighters are when coming back from a stoppage defeat. In fact, Horn says he wants a return fight with the unbeaten pound-for-pounder – but he says he wants it in Australia. Who knows, with Crawford apparently unable to get himself a big-name, marquee challenger (he is, after all, facing a faded Luis Collazo next) maybe “Bud” will ask for a big payday and get one by travelling to Australia.

Horn remains a big player, that’s for sure. Maybe only the absolutely elite fighters such as Crawford can beat him?