Tomorrow in Australia, Jai Opetaia will challenge IBF and Ring Magazine cruiserweight champ Mairis Briedis and it has been pointed out how fellow Australian warrior Jeff Horn pulled off his big upset win over all-time great Manny Pacquiao exactly five years ago tomorrow – July 2. If Opetaia believes in a good omen, it may come as a boost to him that his countryman managed to pull off the impossible, and he might be given the belief that he can do so too.

Horn had a mighty task in front of him in facing Pacquiao, yet “The Hornet” fought the fight of his life, overcoming a brutal ninth round along the way, and he was awarded a controversial decision victory. Horn’s life was instantly transformed and the former welterweight champ is now passing on words of wisdom to Opetaia.

“You dream about it sometimes, you can’t help but dream about it,” Horn said in explaining what a fighter goes through in the lead-up to a big fight. “ If you dream about getting knocked down or punched by your opponent, try and erase that and change it with something else and see yourself in victory. It’s about the visualisation, changing and picturing things and how they should be.”

Horn, who says he still gets “tingles” when he sees video of Michael Buffer announcing him as “the new” world champion, “even five years later,” is of course rooting for Opetaia, with whom he competed at the 2012 Olympics.

“He was a very good boxer, very talented,” Horn says of the then 17 year old Opetaia. “Now, he’s kept it going, he’s kept his dream alive and he’s worked very, very hard over the last 10 years to get to this momentous occasion of fighting for a world title. I’ve heard this guy [Briedis] is a pretty tough guy, so I hope Jai does stick to the game plan and doesn’t try to be too tough and trade shots. I think Jai can do very well from the outside and pick this guy off.”

Briedis, 28-1(20) and for many people the best cruiserweight out there right now, has to be the pick to win tomorrow’s fight but southpaw Opetaia has home advantage, he is ten years younger at age 27, he is unbeaten at 21-0(17), and he has that Horn win of five years ago to inspire him. It would be quite a story for Australian boxing if Opetaia could pull it off. 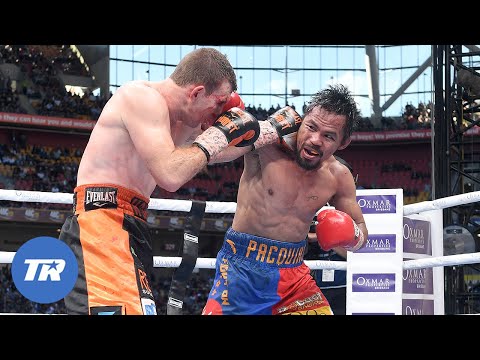