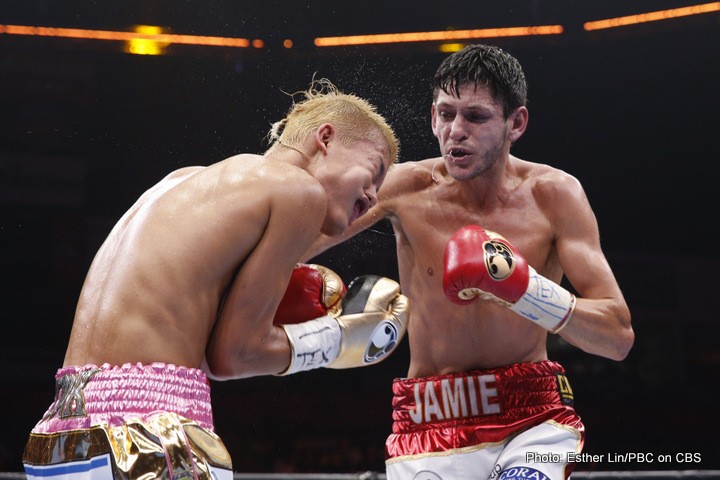 It was confirmed last night that British WBA (reg) bantamweight champion Jamie McDonnell will return to Texas to battle Japan’s Tomoki Kameda for a second time, following his hard fought victory back in May in which he earned the unanimous decision after hitting the deck in the 3rd from a huge Kameda right hand.

Showing some real grit, McDonnell battled back, got back to his boxing and eventually took the fight by scores of 114-113 (x3) in the face of some quality work from the Japanese fighter. It was a score that accurately reflected how close the fight was first time round, and manager Dave Coldwell – who cornered McDonnell for the fight due to regular trainer Dave Hulley’s fear of flying – tweeted the confirmation last night.

“Thought it was New York, ended up being Texas again. We’re going back for @JamieMcdonnell1 to do the double over Al Haymon’s Kameda #boxing”

Immediately fans besieged Coldwell with questions as to why the champion was again travelling to Texas, home of some notably poor decisions, including Ricky Burn’s fight with Omar Figueroa on the same night as McDonnell’s first fight with Kameda.

So there you go.

Last time the afternoon US card was a televised split with Matchroom’s horrendous Birmingham evening UK show, thus meaning the McDonnell fight wasn’t screened live and the result was spoiled for many who had seen it first on social media. Fans will not want a repeat of that situation.