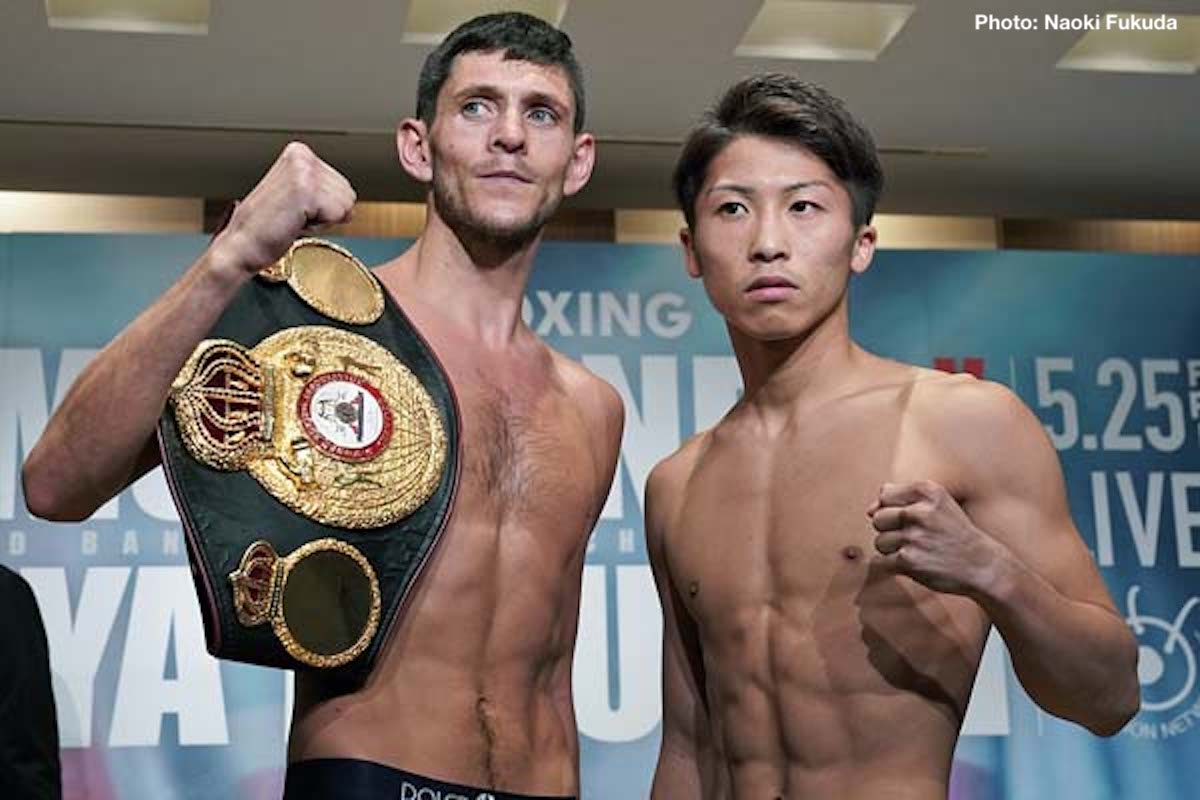 Jamie McDonnell says he’ll prove that he’s the best Bantamweight in the world as he faces pound-for-pound star Naoya Inoue in Tokyo, Japan on Friday, live on Sky Sports.

McDonnell puts his WBA crown on the line for the seventh time against Inoue, the Japanese star known as ‘Monster’ who is aiming to become a three-weight World ruler in just his 16th pro fight.

The Doncaster ace has been on the road in four of his last five fights and adds a third continent to his pro career as he looks to extend his ten-year unbeaten run in his toughest test as a pro.

The 32 year old believes his success as WBA ruler has been largely unnoticed, so he wants to use this clash with Inoue to cement his place amongst the elite level.

“I’ve gone under the radar the last couple of years but this fight puts me right up there,” said McDonnell, who weighed in at 117.5lbs, with Inoue at 118lbs. “When I beat Inoue everyone in the world will know my name. That’s given me the motivation to make yet another successful World title defence.

“We know he’s a very good fighter, we know his qualities but we are ready to bring it. This is a very big fight for the both of us. I’ve got to do what I’ve got to do and that’s win at all costs.

“I’m feeling very confident, I’ve prepared with 12 hard weeks for this fight. We had some time in Dubai to help with the time adjustments and the work out there was top class preparation.”

The World Boxing Organization (WBO), chaired by Francisco “Paco” Valcárcel will have title bouts this Saturday, May 26 in Canada and Finland.

From the Center Videotron in the city of Quebec, Canada, there will be an interesting duel of undefeated fighters highly ranked in the WBO.

“This is very good and even fight,” said Valcárcel, “Clayton represented Canada in the Olympics and much will be expected of him if he emerges victorious. Meanwhile, Danyo was our WBO European title holder and is looking for a great victory to be close to a world title opportunity. This Saturday the fans can enjoy a great fight”.

“Boxing quality can be found in all parts of the world. Enbom will face a well-known fighter in Finland that has defeated several fighters in the area, including an undefeated fighter. Both fighters are very motivated because they want to win this title to be close to a world title opportunity”, expressed Valcárcel.

Topics to be covered in this multidisciplinary and interactive format seminar include refereeing, judging, rules, professionalism and ethics.

Referee instruction will be presented by Celestino Ruiz and Geno Rodriguez.

Judging instruction will be presented by Glen Feldman, Mike Fitzgerald and Mike Pernick.

There is no charge for the seminar, but space is limited. To reserve a seat, please email your intent to attend and your contact information to Nancy Illg and Joel Campuzano of the Illinois State Athletic Commission: Nancy.illg@illinois.gov and Joel.campuzano@illinois.gov