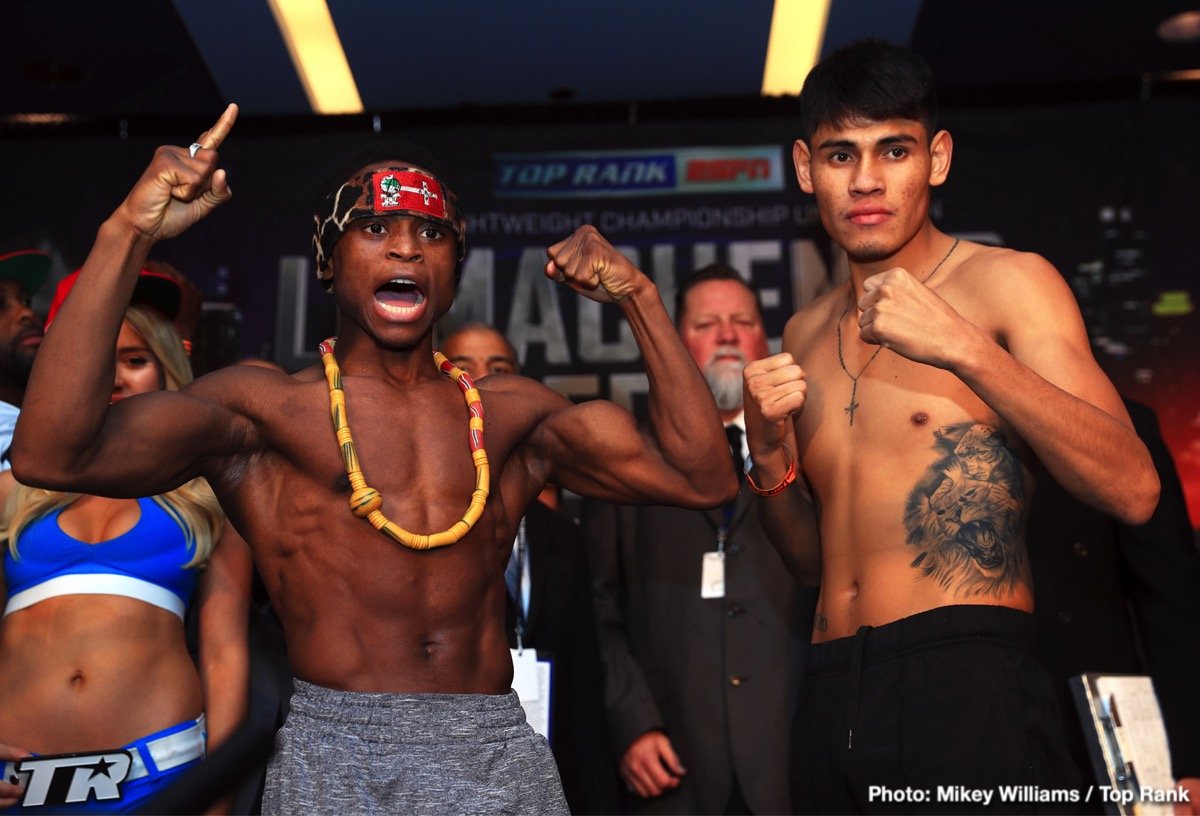 WBO junior featherweight champion, Isaac ‘Royal Storm’ Dogboe and the man he defends the world title against tonight at Madison Square Garden in New York, Emanuel ‘Vaquero’ Navarrete both made the required weights on Friday morning to set the stage for another Ghana versus Mexico clash in the ring.

Undefeated Dogboe (20-0, 14 KOs) tilted the scales at 120.8 lbs whilst Navarrete (25-1, 20 KOs) needed to virtually strip naked in order to make the exact 122 lbs limit at Friday’s weigh-in for their fight which is a co-main feature alongside Vasyl Lomachenko versus Jose Pedraza lightweight unification clash promoted by Top Rank Promotions.

It will be the second defence of the title 24 year old Dogboe won back in April and against the third Mexican the Ghanaian will face this year following a round 5 destruction of Cesar Juarez to win the interim WBO junior featherweight title in Accra in January before stopping Jessie Magdaleno in Philadelphia on April 28 to annex the world title he currently holds.

A round one demolition of Japanese veteran, Hidenori Otake followed in his first defence in Arizona in August and young Dogboe is confident he will exact the same dominance over 23 year old Navarrete who incidentally, will be fighting outside his native Mexico for the first time ever.

“We started by knocking out Cesar Juarez, another fine Mexican fighter. And we moved on to Jessie Magdaleno, another tough world champion. He’s one of the best in my division. And after that, we defended it against Hidenori Otake, one of Japan’s toughest fighters. It’s been a blessing. Three knockouts out of three fights, and this will be four knockouts out of four fights in 2018. It’s always been a blessing,” added the highly religious Ghanaian fighter.

“Emanuel Navarrete is also one of Mexico’s finest fighters, as tough as they come. He reminds me of Israel Vazquez and Juan Manuel Marquez. These are great, great legendary fighters. When he talks about the fighting spirit of the Mexicans, you know he’s going to come and fight,” Dogboe confessed.

And equally fired up to prove his credentials and shock the world is Navarrete whose only career defeat came in just his 6th pro fight in 2012, more than a year before Dogboe even turned pro. It has been 20 straight victories since for the Mexican with the last eight all coming by knockout.

“I am very grateful for the opportunity to fight a great super bantamweight champion like Isaac Dogboe. What better way to become a world champion than to do it on a stage like Madison Square Garden,” Navarrete said.

“Maybe people don’t know me, but I’ve had a great career in my country and I’m focused on taking advantage of this opportunity and bringing the title home to Mexico,” he added.

Jake Paul: I see myself as an elite fighter now 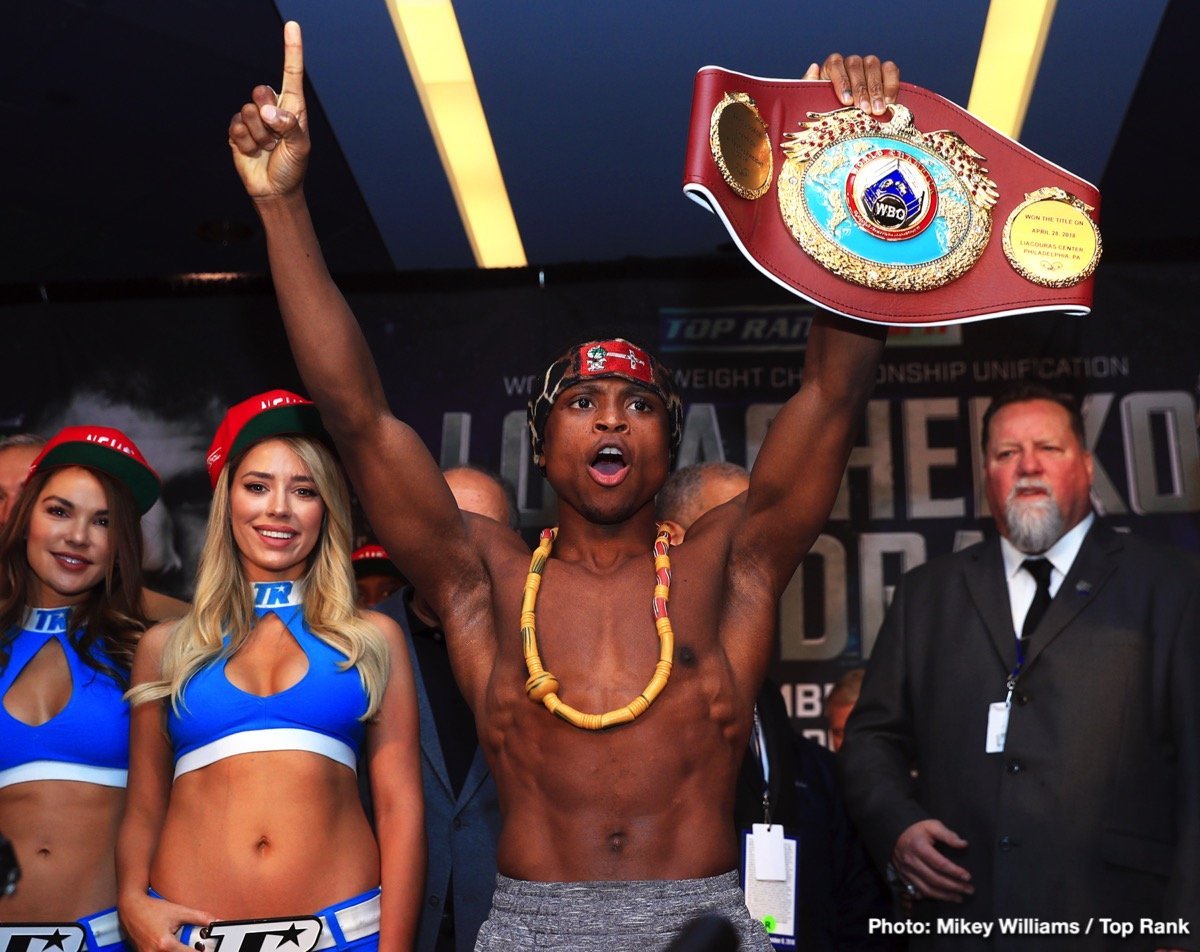 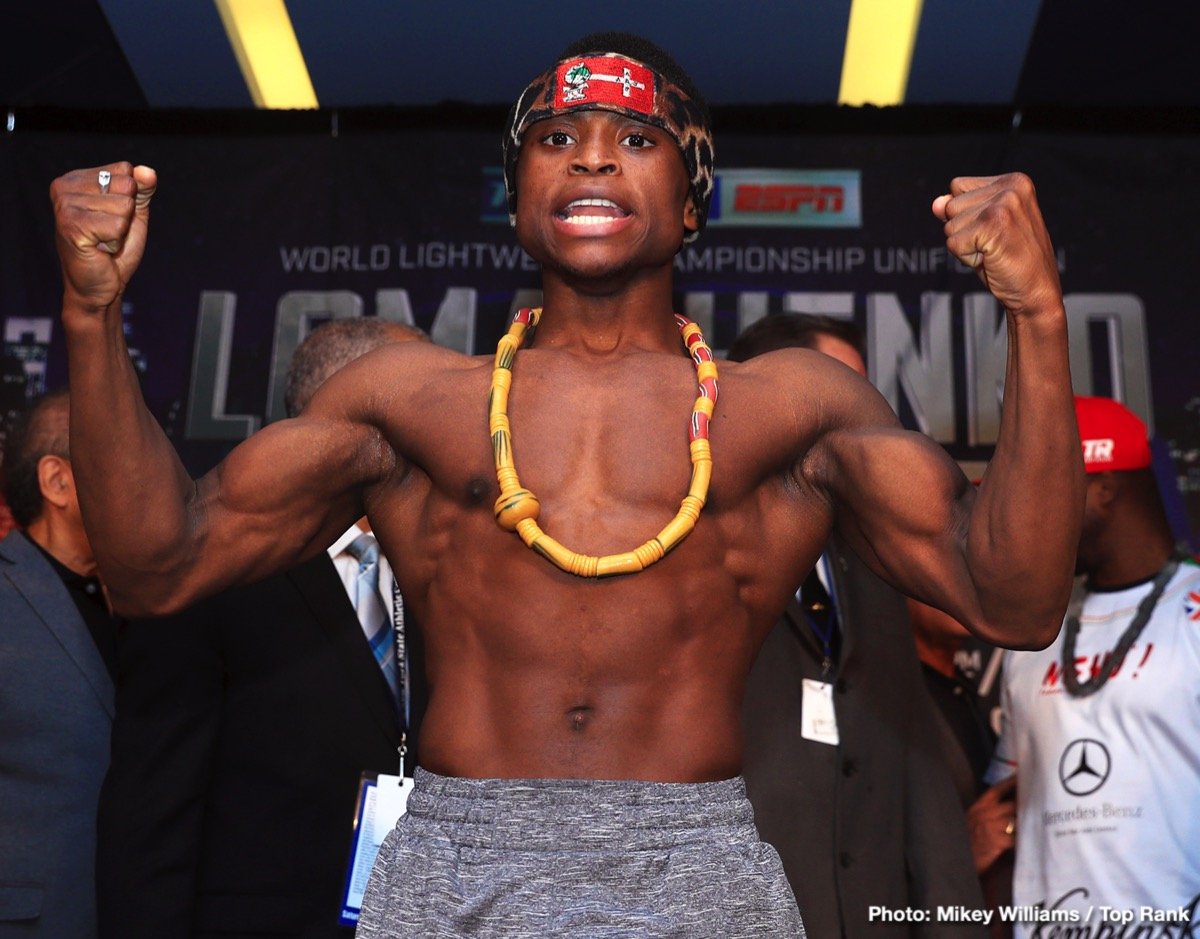 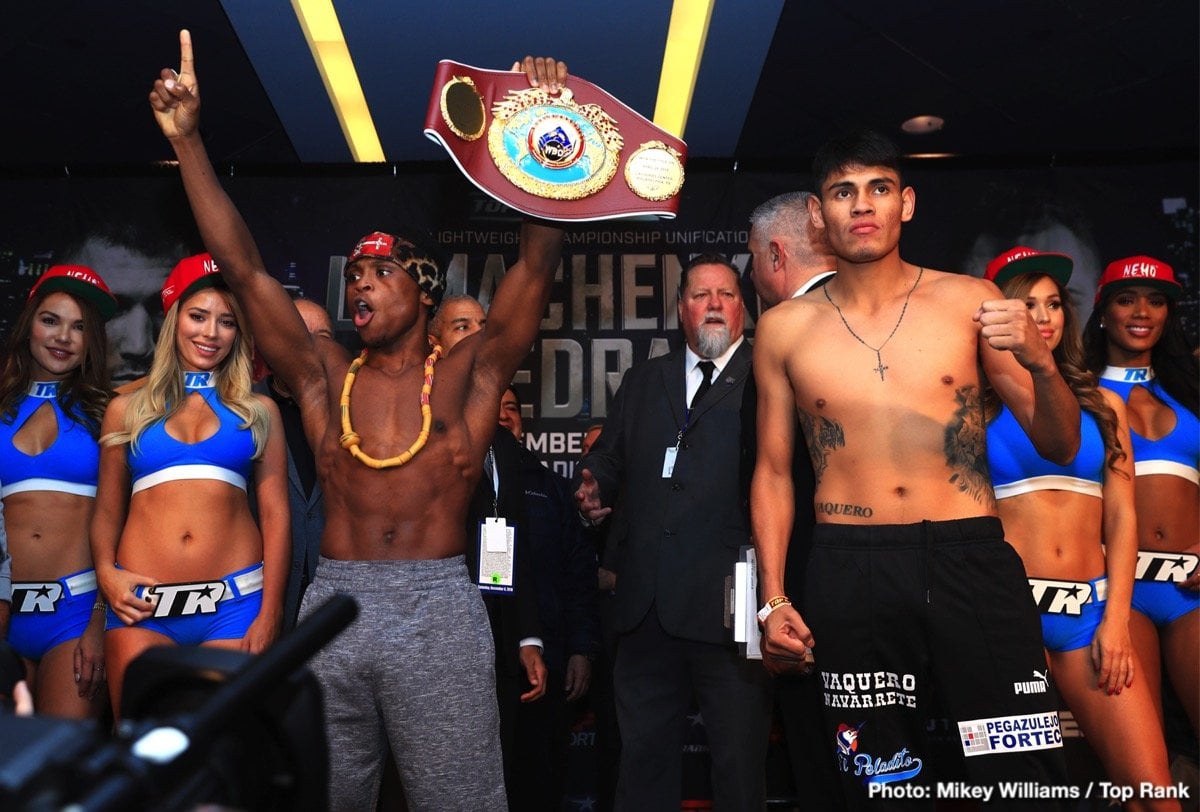 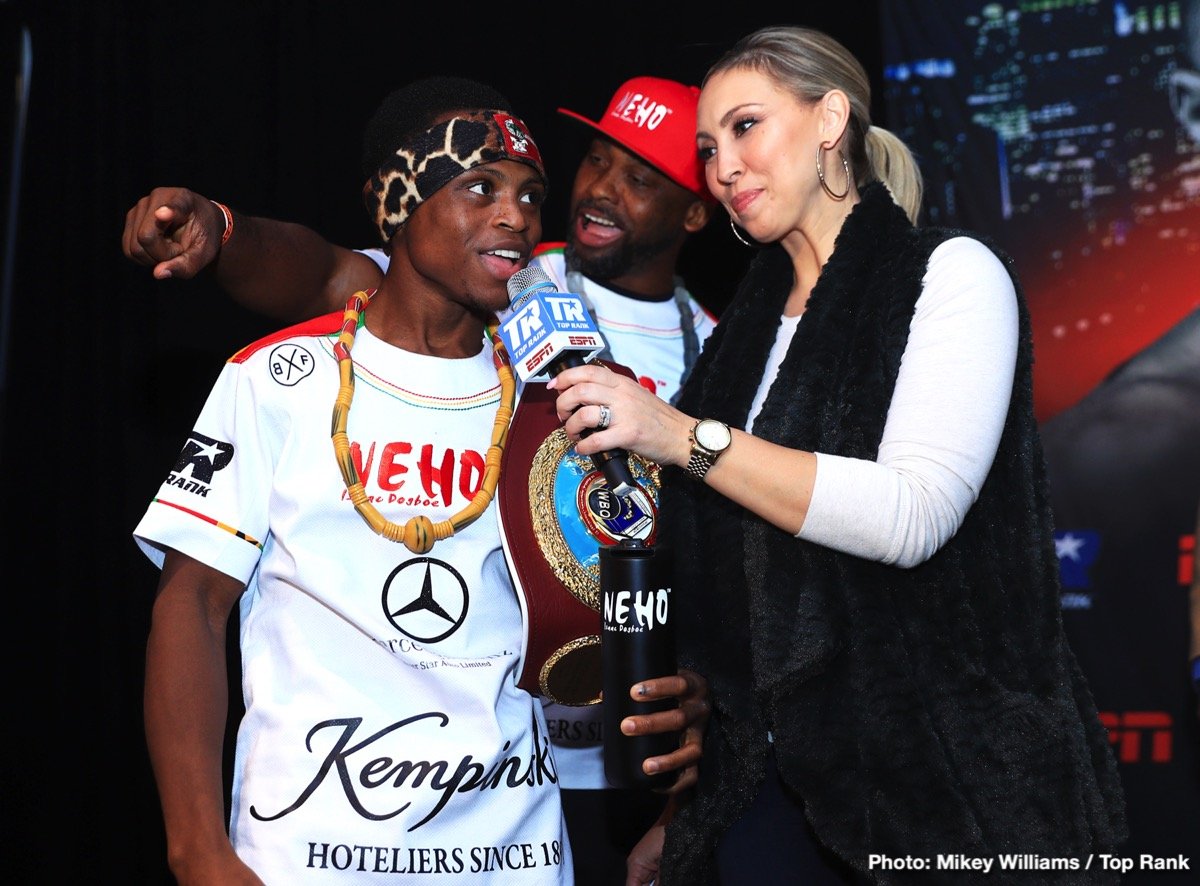 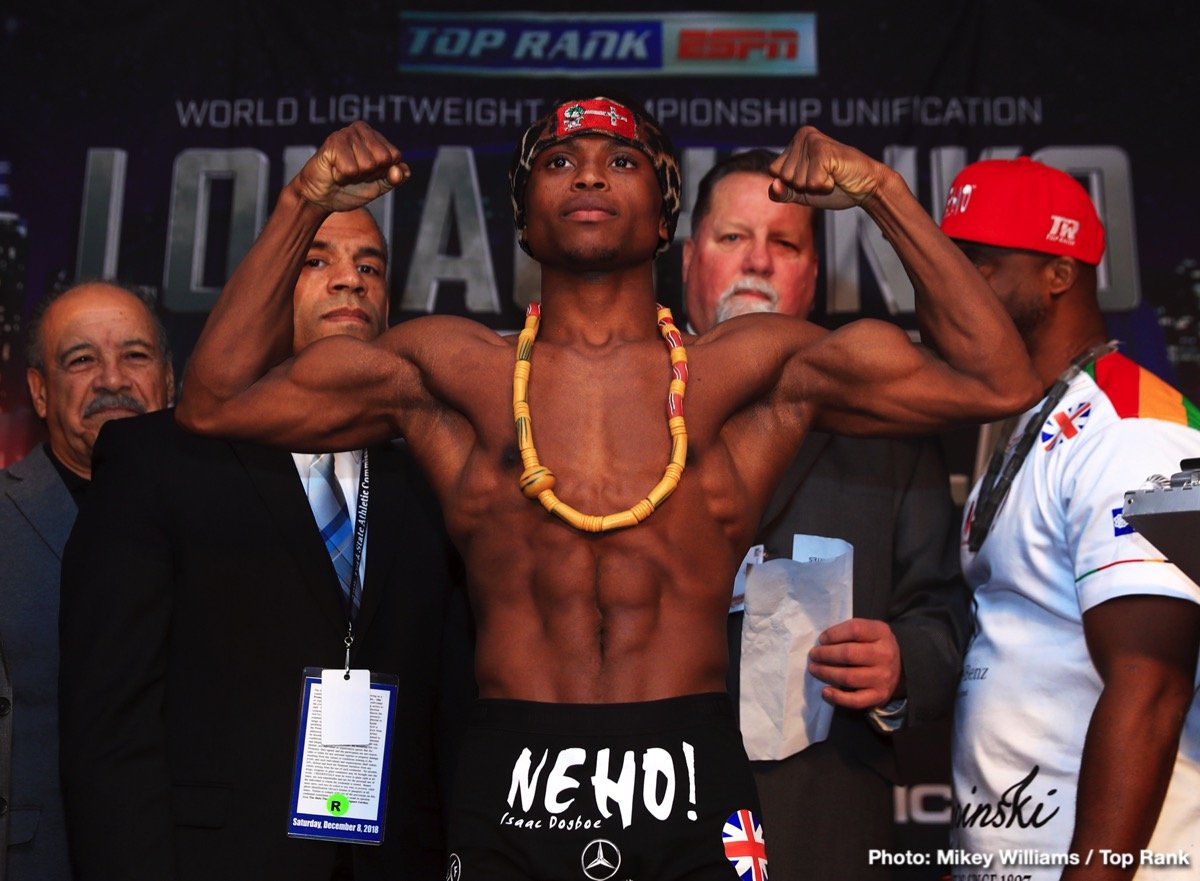 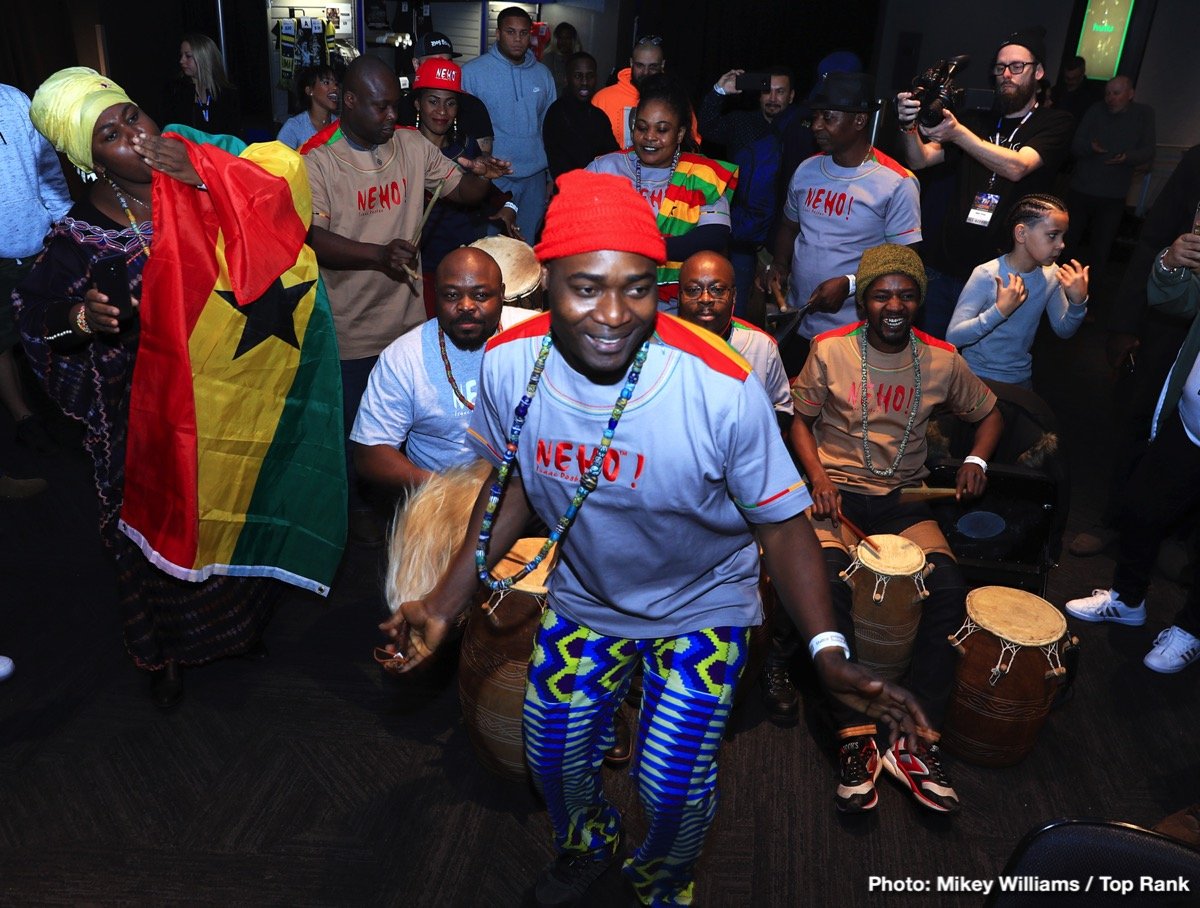 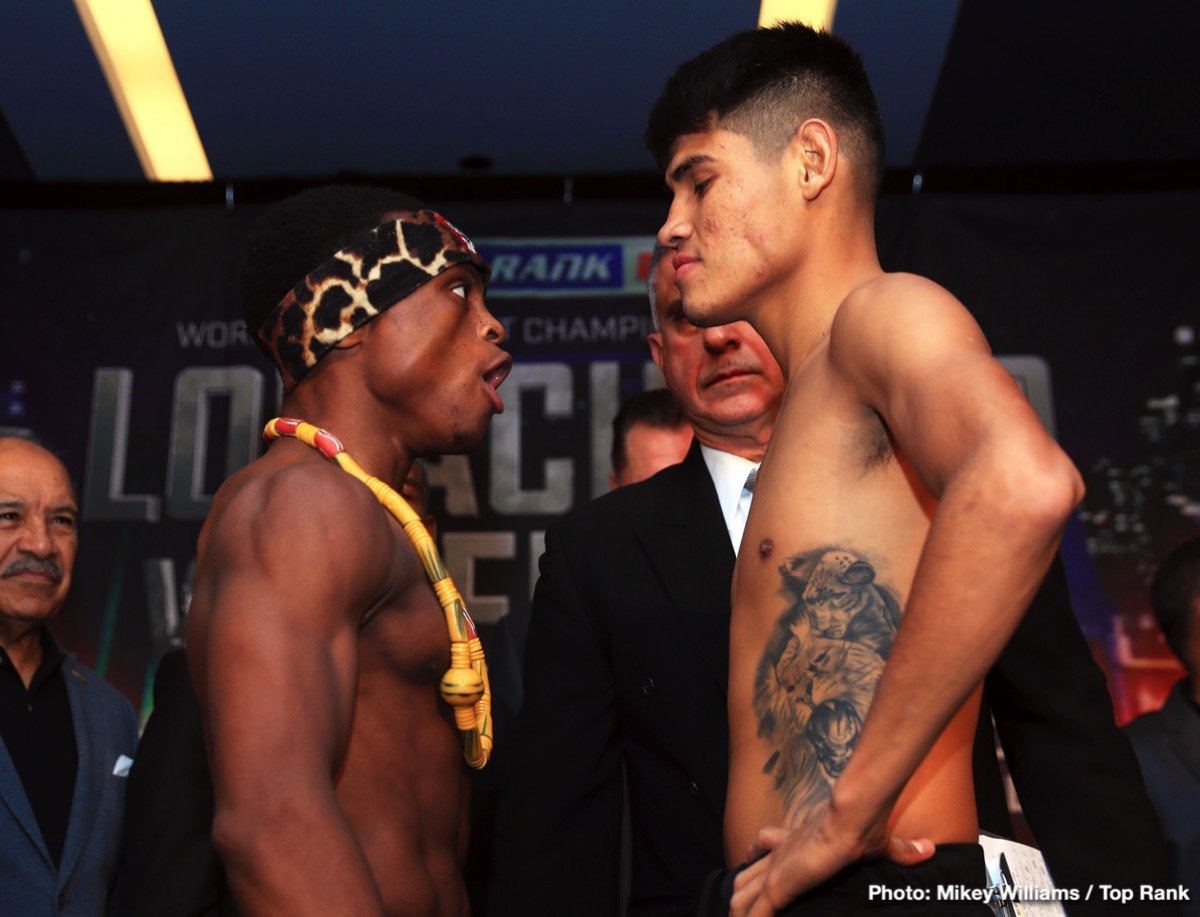