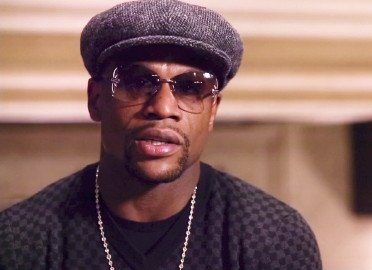 We are all waiting, if hardly anticipating, the announcement of the Mayweather V Khan bout set to take place on May 3rd. Various articles have been written by different writers on the subject and the consensus is that Khan is simply not worthy of a shot against the planet’s number one pound-for-pound boxer. This is a notion that I cannot rid from my mind, and this comes from a hardcore British boxing fan who would love to see Mayweather dethroned by a British boxer, but certainly not from an unjust gifted opportunity.

That is exactly what Khan will be handed if indeed he is given the shot and the situation will prove to be another example of the modern dealings of boxing as a business where money talks instead of a fighter’s pride in striving to be the best, by fighting only the best, as earlier decades were defined by.

The ‘modern dealings’ I speak of do see that by the end of a career a boxer has become as financially secure as possible which, at the end of the day, is what it’s all about, isn’t it? But when a fighter has become as wealthy as Mayweather is all the extra cash worth risking the legitimacy of a legacy, one which he clearly cares for but could be tarnished because of the choice in opposition faced?

Let us not forget how he has been playing with fire for years with the whole Manny Pacquiao saga and I argue that in facing Khan he is turning up the heat to the near extreme. When the Mayweather v Khan fight was first mooted it was suggested that the former was looking to fight in London. In this circumstance the fight with Khan would have been ideal as no other fighter brings the UK and US audience like he does. But Mayweather will instead remain fighting at the MGM in Las Vegas and once this was affirmed Khan, in my opinion, should have been pushed further back in the line.

Mayweather’s record would undoubtedly be more impressive with a victory over Maidana than Khan, especially for the May 3rd slot. Mayweather has had no problem in the past with playing mind games and calling the shots with potential opponents and I feel that Khan should have been made to go through with the fight against Alexander to prove himself at welter-weight. Maidana, on the other hand, is already a proven world-class operator at welter-weight and the job he done on Broner was enough to convince many that he deserved the shot.

Mayweather’s team has said for months how fighting Khan would make good business sense and, in an effort to prove this, a poll was conducted on the Mayweather website where 57% of fans had voted Khan over Maidana to get the fight. If this was a sort of strategy where Mayweather could absolve himself of any responsibility for fighting Khan by claiming how it was the fans’ choice then this has clearly backfired by the other numerous polls where fans had voted Maidana as their choice to fight Mayweather, including a whopping 78% on Fight News and 62% on ESPN.

Khan probably more than anybody has been arguing his case as to why he should be the one to get the fight against Mayweather. He has stated how he brings ‘speed, explosiveness, power and footwork to the table’ and has openly insulted Maidana, stating that he has ‘slow feet, slow hands’ and labelling him as ‘seconds’ in regards of Mayweather even considering fighting him. Maidana responded in kind by rejecting the notion of a Mayweather fight as the poll was still ongoing and offering it up to Khan instead, in what would be a rematch of their 2010 fight-of-the-year barn-stormer.

That fight was fought at light-welter and it is yet to be seen who has made the move up in weight better. We are also waiting to see the results of the time Khan and Virgil Hunter have spent together, but I cannot help but think that for a fight against Mayweather Khan’s attributes would have benefited further under Freddy Roach’s style of training.

What of course we are really waiting to see is Khan’s chin being tested at welter-weight to see how his punch resistance is. Khan insists that the move up in weight means that his punch resistance is greatly improved and he recently argued against his ‘chinny’ reputation by comparing his two knock-out defeats to those suffered by Gatti, Tyson and Hatton. Gatti was knocked out five times, including by De La Hoya and Mayweather; Tyson also five times, including by Holyfield and Lewis; Hatton was knocked out by Mayweather and Pacquiao and, after a three year lay-off, Senchenko.

Personally I find it ludicrous that Khan would compare his career to either three aforementioned boxers, given that Khan has only fought two world-class bangers and was stopped by one of them. Of course I refer to Garcia, the fighter in my opinion to have been given the shot at Mayweather. He holds an impressive record with victories over Judah, Morales (twice), and Khan, but on the undercard of ‘The One’ last September he proved that he could mix it with a banger and could take a punch himself by taking a points win against Mattysse, nicely setting up a clash against Mayweather.

I will just add briefly that politics aside, Bradley should surely have gotten the call. His record his highly impressive, if in some parts controversial, with victories over Marquez, Pacquiao, Alexander and Peterson. Because he fights under the Top Rank banner, though, he will not likely to ever be given the shot, unless his circumstances should change.

A final thought, at the time of writing Mayweather v Khan has still not been officially announced and until it is articles like this are only speculation. However, we pretty much know that it’s coming and I find it interesting that with fighting a non-Mexican on the Cinco de Mayo holiday weekend Mayweather is leaving it so long. May 3rd is not even three months away and when ‘The One’ was announced there was three and a half months for Mayweather and Alvarez to promote their fight.