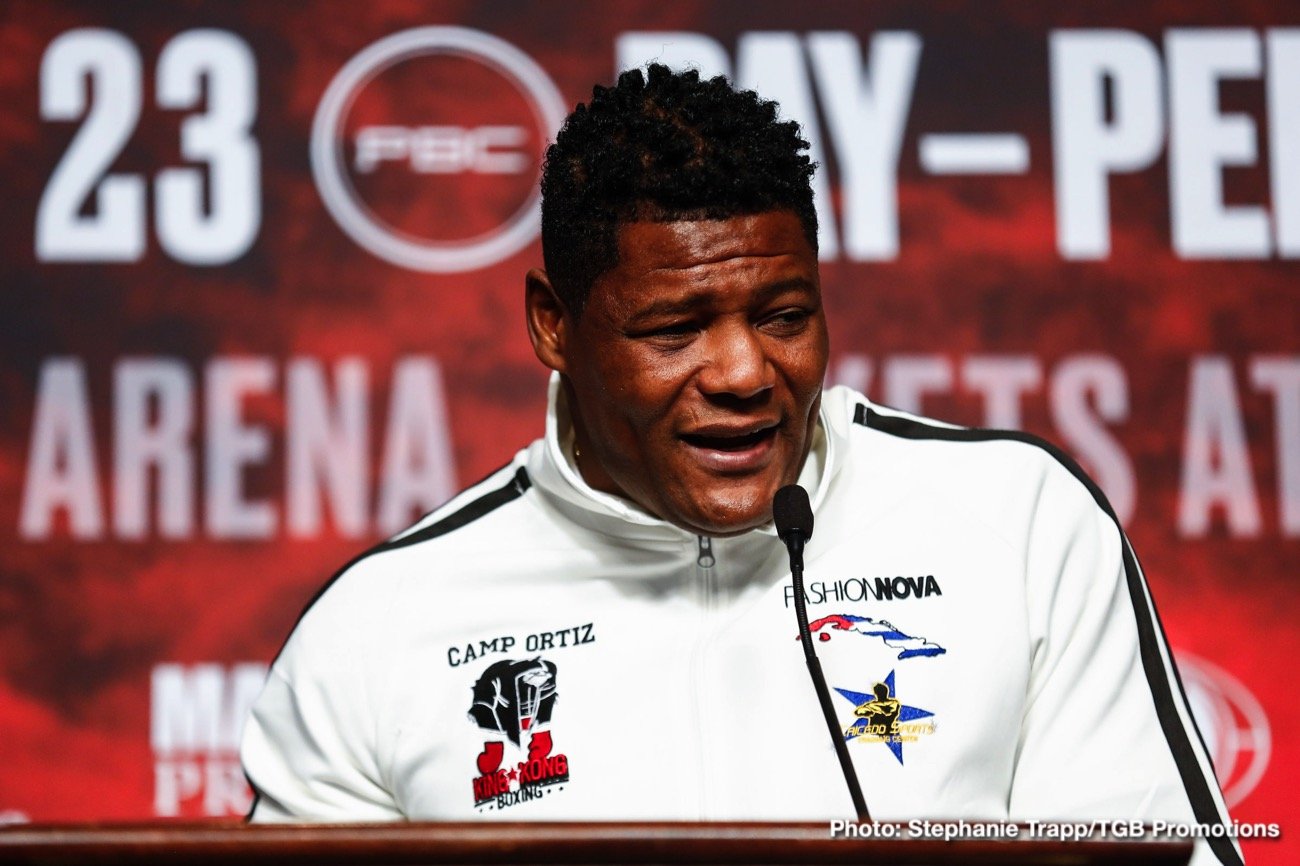 Heavyweight contender, the so-called “Bogeyman of the division,” Luis Ortiz today celebrates his 41st birthday. The Cuban southpaw known as “King Kong” was born in Camaguey, Cuba on this day in 1979. There was a time when the age of 41 was deemed far too old for any fighter to still be actively looking for a shot at the title, but Ortiz (who some say is actually older than 41, perhaps closer to 50) is still hungry and determined.

Ortiz, 31-2(26) and beaten only by Deontay Wilder, is keen to get it on with another former heavyweight champ in Andy Ruiz, repeatedly calling out “The Destroyer,” but Ortiz is simply a fighter who is dangerous yet fails to bring too much to the table. What does a fighter gain if he gets in there with Ortiz and manages to beat him? The critics would say Ortiz was finished by the two Wilder KO’s. Yet on the other hand, a fighter could get beaten by Ortiz. It seems only a very enticing payday will, well, entice a big name into accepting a fight with Ortiz. But can Ortiz’ team come up with such a payday?

Ortiz is no doubt frustrated right now. The clock is ticking on his career in a big way, he has no next fight lined up, and he is avoided by the other contenders. What can he do? Ortiz has not boxed since November when he was winning every round until being starched by Wilder, who turned the rematch around in dramatic, one-punch fashion in round seven. By the time he does get back in the ring, Ortiz will likely be fighting both ring rust and the rigors of Father Time.

Will Ruiz take the fight with Ortiz? Don’t go betting on it. But what a good fight it could be if it did happen. Or how about seeing Ortiz fight ANY of the other top-10 ranked contenders? Or is Wilder the only big name who had the guts to actually give Ortiz a shot? And Wilder, to his credit, did it twice.

Ortiz might not have too long left in the sport, not at anything approaching top level anyway. Does he deserve another big fight opportunity before he’s done?