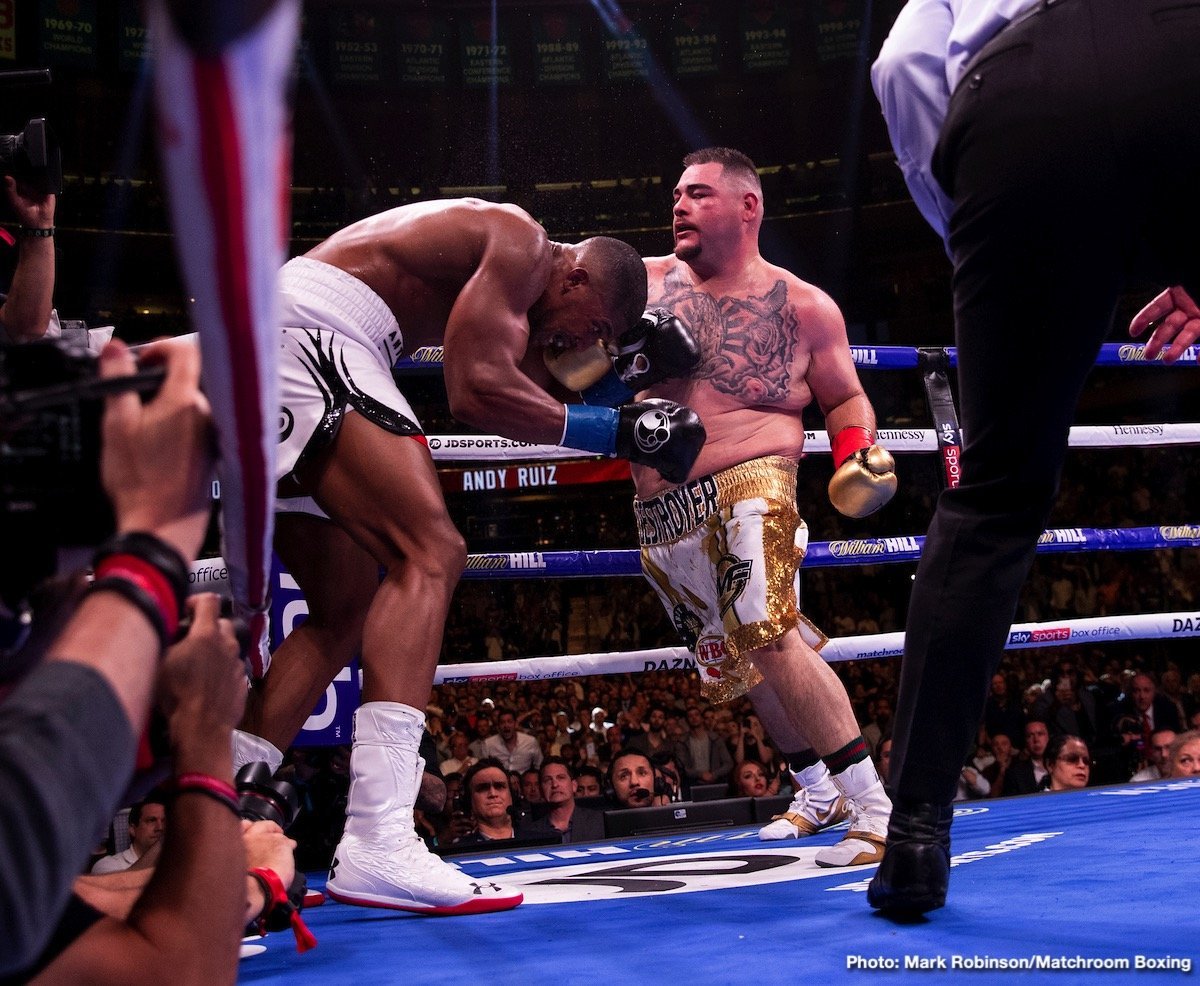 Comeback kids Andy Ruiz and Luis Ortiz, both of whom are coming off a heavy, depressing loss, could very well wind up attempting to bounce back against one another. According to a news story from ESPN Deportes there is a “high probability” Ruiz and Ortiz will clash sometime in the middle of the year on a PBC card.

Apparently, the powers that be say this is “an easy fight to make.”

Maybe, if both guys actually want it.

We fans would sure take it, and maybe get quite excited about seeing it. Ruiz, humbled by his wide decision loss to Anthony Joshua, has promised us he will get back in the gym (maybe he’s already there, although we still await official confirmation of his new trainer) and that he WILL become world champion again. Ortiz, who was doing so well against Deontay Wilder in his big rematch, before being vaporized by the “Bronze Bomber’s” killer right hand, was sent home all unhappy himself.

We have yet to hear from Ortiz, about what he wants to do, what he feels he can go on to do, but if he takes the Ruiz fight that is apparently right out there for him, then “King Kong” will get the chance to remind everyone what a monster he is. This potential fight is so very interesting for so many reasons. How much desire can Ruiz get back? How much has Ortiz got left at age 40 (officially, some say the Cuban lefty is a good deal older)? Can anyone aside from Deontay Wilder take out Ortiz? Does the winner of this would-be fight deserve a world title shot?

Mexican-American “Destroyer” Ruiz, 33-2(22) and still only 30 years of age, have those fast hands and that Mexican toughness, when he’s in shape. Ortiz, 31-2(26) has that incredible amateur pedigree and his dangerous, out-of-the-southpaw-stance power. Both men are blessed with a good chin and it goes without saying how both men need to win.

If this one does come off we could get a great fight. Are YOU brave enough to predict who wins and how?

Life is a journey. Ups and downs. Wins and losses. I’m human. I make mistakes. I learn from them. I move forward. . When you come from nothing, you just want it all. Moral of the story…Dream BIG. Ignore the haters. Live your life how ever YOU want. Keep going. It can happen. Stay positive 💪 @fashionnovamen fashionnovapartner