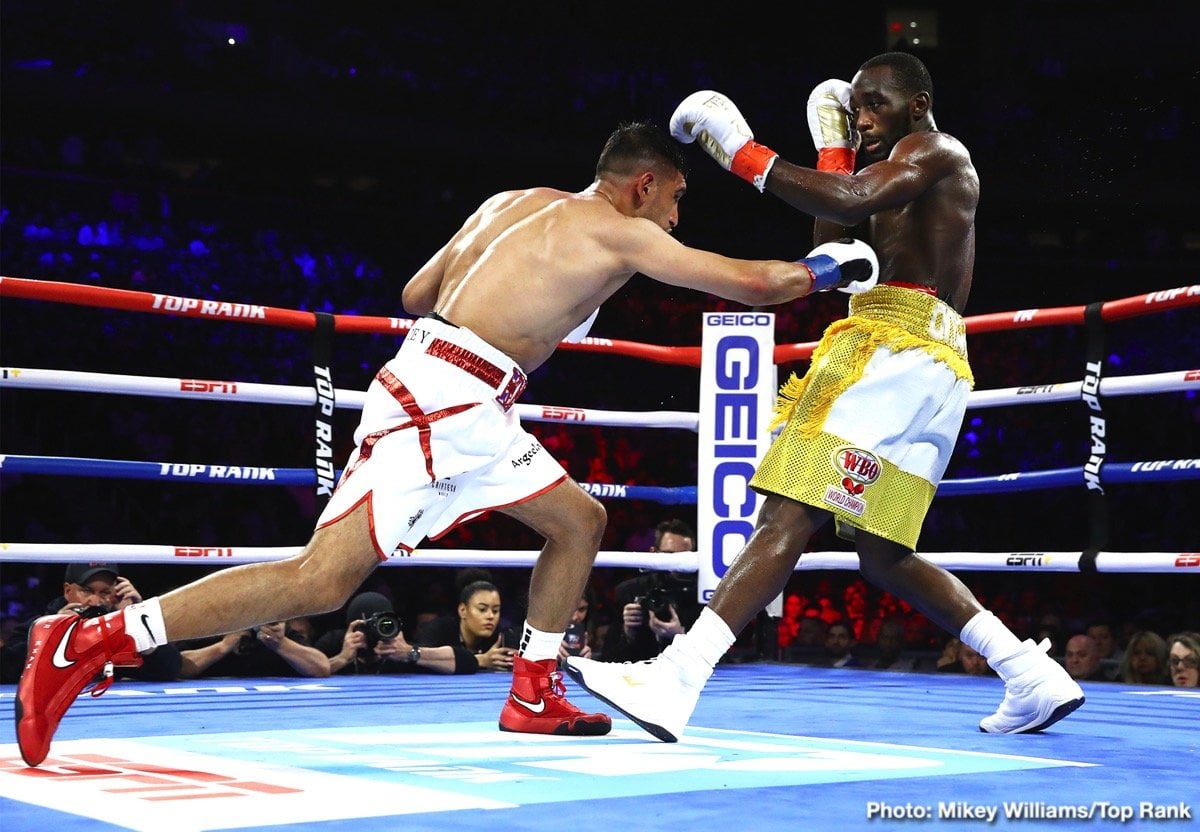 Amir Khan burst onto the scene as a 17-year-old when he captured a silver medal at the 2004 Olympics. After that, the man with the fastest hands in the ring (at the time, Khan’s super-fast hands perhaps ranking up there with any fighter in history) became a genuine star at the pro level.

Khan won several titles, among them world honors at 140 pounds. Khan was for a time one of the very best fighters in the world.

Today, with an incredible, up-and-down pro career to look back on, Khan celebrates his 34th birthday. Likely, Khan will not box again, that his stoppage win over Billy Dib in Saudi Arabia, last summer, will go down as his swansong.

But Khan, as criticized as he is, sure did do a whole lot in the ring. It was a decade ago this week when Khan pulled off his finest pro triumph.

When Khan was matched with Argentine warrior and all-around colossal banger Marcos Maidana, this in late 2010, fans, experts, critics, and know-it-alls everywhere were giving the Bolton man the proverbial snowball in hell’s chance of winning.

Khan’s chin, considered suspect since quite early in his pro career, had been shattered in under a minute when he faced Columbian slugger Breidis Prescott in 2008.

Khan managed a major rebuild after that disaster, going on to defeat Andreas Kotelnik to win the WBA light-welterweight title. Khan then retained the belt twice.

But then he signed to fight the relentless, savage-hitting, iron-chinned Maidana.

Maidana was coming off stoppage wins over good fighters Victor Ortiz (in a wild, multi-knockdown thriller that eventually forced “next big thing” Ortiz to quit) and Victor Cayo.

And even though Maidana had lost to common opponent Kotelnik (this via close and debatable split decision), almost everyone felt Maidana’s bombs would be far too much for Khan to be able to handle. Instead, we got a truly great fight.

Khan almost ended the battle in Las Vegas early, dropping Maidana with a sickening body shot in the opening round. To this day, no-one is really sure how Maidana, his face twisted with pain, managed to beat the count.

But he did, and the war raged on. Maidana had real trouble with Khan’s speed, yet he kept coming.

And coming. Khan, trained by Freddie Roach, had to go through some hellish moments – the 10th round, in particular, seeing Khan’s legs go into silly dance mode, the bloodied but unbelievably courageous Brit having to suck it up big time – but Maidana’s attempts at getting the brutal KO he and his supporters were sure he would get was denied.

It was a thrilling fight, with both men giving it their all and then some. Khan ended up getting the decision win, and now nobody could call him a chinless wonder ever again.

Khan still gets stick today, though. Stopped in four of his five pro losses, Khan’s biggest liability was his leaky defense, this combined with his desire to go to war whenever he was hurt in a fight. Not his chin. He somehow managed to overcome both weaknesses ten years ago this week (Dec. 11) when he scored his career’s finest win. For what he did in the Maidana fight, Khan deserves permanent respect.

Why Khan has so many critics and “haters” is beyond me. All Khan ever wanted to do was fight the best. He often did so.