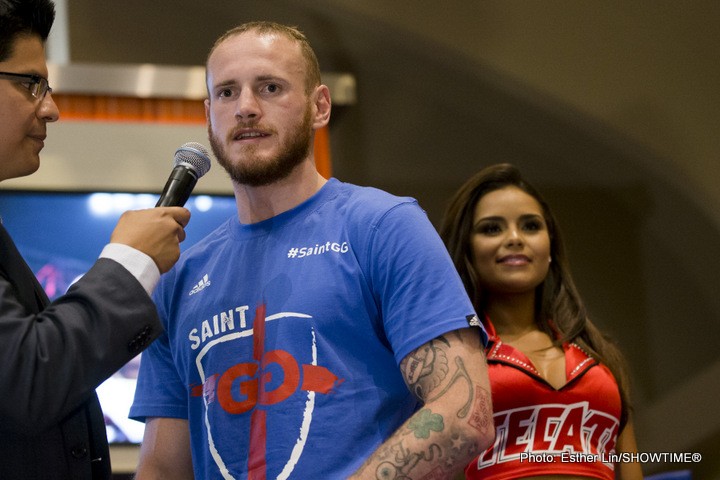 “It’s great to be back,” Groves said as promoters Sauerland announced his return. “I’m looking forward to boxing in London again. This is a chance for me start the New Year on the front foot.

“I want to get as many fights as possible and start building momentum as I look to work my way back into world title contention.”

No announcements have been made regarding an opponent for that date, or exactly what is happening regarding a new trainer, although there has been some speculation on social media that he could link up with London-based, Shane McGuigan, with whom Grove’s former stablemate David Haye has now officially hooked up with ahead of his January return against Mark De Mori.

Either way, WBC #3 Groves, will surely be looking toward some big domestic fights, perhaps against the likes of Liverpool’s emerging talent, Callum Smith, or bitter rival and current IBF champion, James DeGale.

An in-house fight with fellow Sauerland fighter, and WBO 168 lb champ, Arthur Abraham, will also hold appeal for the Londoner for later in 2016 after this Jan. return date is out of the way.

READ:
Is Deontay Wilder Delusional? “He Never Hurt Me. My Uniform Was Way Too Heavy For Me”
Read: Swedish amateur star Berghult makes pro debut on December 19
Read: Fury Threatens to Pull Out of Klitschko Fight Over Glove Row
Follow @boxingnews24