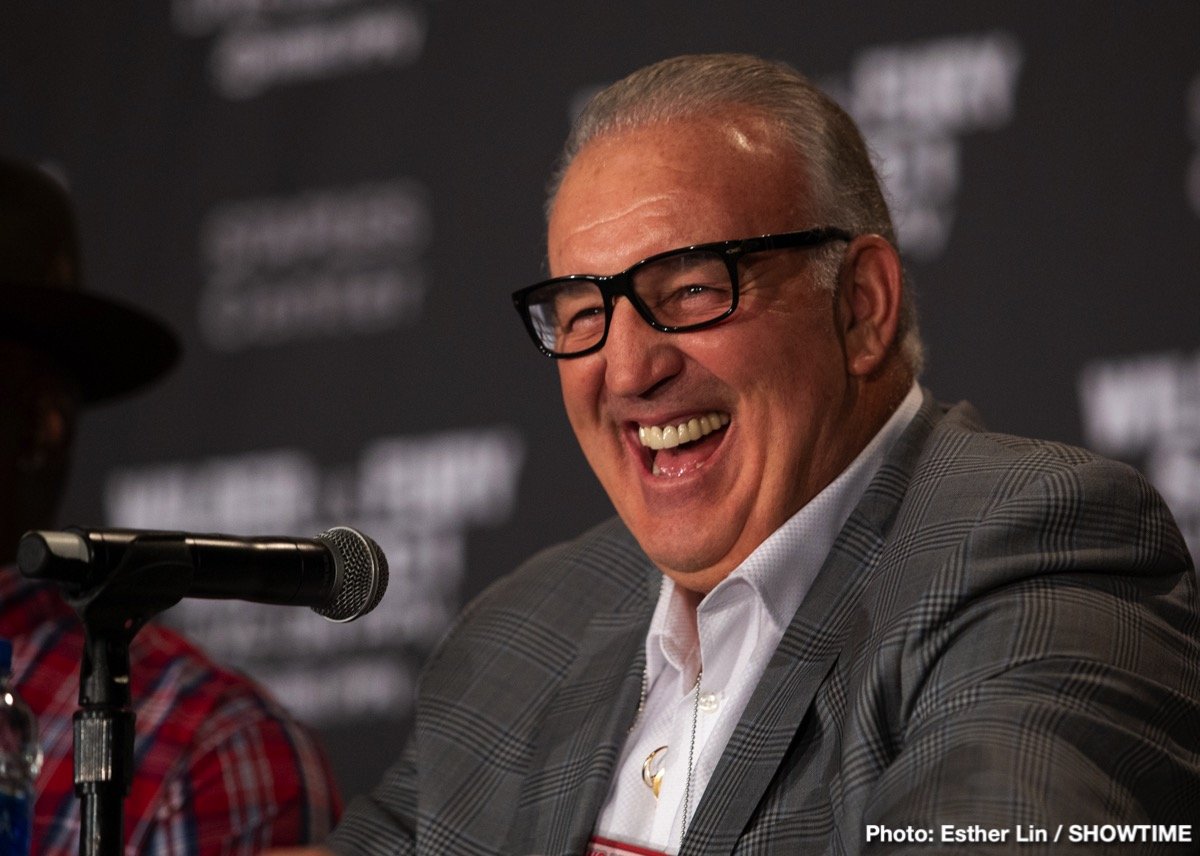 Deontay Wilder is celebrated today as the biggest puncher in the heavyweight division. Despite his flaws, Wilder is a star, he has an amazing highlight reel and he is unbeaten.

Rewind to 1982, and though he was never a world champ, towering Irish-American Gerry Cooney was in many ways similar to Wilder. No fighter, it was thought, could stand up to Cooney’s withering power. Cooney had a sizzling left hook, Wilder has a brutal right hand.

For the purposes of a fantasy match-up and nothing more, here’s a look at who would have won between the two monster punchers. Which punch, the venomous left or the sickening right, would have got the job done in this particular Dream Fight?

Denis Rappaport: “A great fight. Pulverizing power versus pulverizing power! Thinking about it, the vintage Gerry Cooney – as in pre-Larry Holmes, before his inner demons got to him, before he was partying with basically all of Hollywood – against the vintage Wilder; it really is a great fight. A risky fight for both. But let me tell you this: Cooney put guys in hospital on a regular basis; his sparring partners. He’d do it every single week! That was the toughest part of our job, getting sparring partners for Cooney; I’d be on the phone at all hours trying to find guys. We’d offer fighters $5,000 bonuses and things like that, just to show up and spar for a week and stay on their feet.

“Roy Williams, Larry Alexander – let me tell you about Alexander. Cooney broke his orbital bone, and later, on the street, the police asked him, when seeing the injury, what weapon his attacker had used, that it must have been a club! And Mitch Green, so many guys, they all quit camp with Cooney after a few days. He hit so hard. I know Wilder has a paralysing right hand, and again, the fight would have been risky. But I see Cooney going to the body, which is something Wilder rarely does, hurting a few ribs, breaking them, bringing the hands down, and then coming over the top with the left hook. It would have been a great fight, but Cooney, the vintage Cooney, would have knocked him out.”

Q: How impressed have you been with Wilder?

D.R: “He’s shown improvement. He has great power, as I say, paralyzing power, and I think his ring IQ is better than some think it is. And he showed improved patience against Ortiz (in the rematch). He has a warrior’s soul, I really believe that. He has heart and guts. But his defence is poor, he is vulnerable there. And against Cooney, he would never be allowed to just throw a few punches a round as he did against Ortiz – Cooney would have jumped right on him. And Cooney’s jab was far better than many people say it was. Don’t get me wrong, it wasn’t a Larry Holmes jab or an Ali jab, but Cooney had a good jab, a jab that was more like a power punch. Wilder has a pawing jab.

“If they fought, Cooney would have set the pace, he had better feet than Wilder, better movement. Cooney would have forced the pace, he would have gone to Wilder’s ribs, made him drop the hands, and then he would have come over the top with a crushing left hook. But again, it would have been a very risky fight for both men. And let me tell you, Cooney had a much better chin that people seem to think. His weakness was being able to take a shot to the temple – and any fighter can be hurt bad, their equilibrium gone, from such a shot. But Cooney had a good chin, how else would he have been able to go 13 hard, hard rounds with Holmes in a great fight, you follow? Any fighter is vulnerable to a temple shot. Any fighter.”

Q: Who has the better defence of the two?

D.R: “Cooney had a good defence. Wilder, he’s just not fluid. He relies on the big right hand. Yes, he’s [Wilder] shown more patience, but again, he wouldn’t get way with that against Cooney – what, three or four punches a round? Cooney would have jumped right on him if he fought at that kind of pace. The thing about Cooney is, he never let a guy dictate the pace, not even Holmes. But again, I’m talking about the vinage Cooney, the pre-Holmes Cooney, against Wilder. My gut feeling is, and there would be more to it that this: the left hook of Cooney against the right hand of Wilder, with Cooney’s body work, his better defence and the fact that Cooney would not be punching up, as so many of Wilder’s opponents have had to do, would see Cooney get to Wilder’s body, then go upstairs and then put him away.

“And it’s interesting, why has no fighter gone to Wilder’s body? Cooney would have gone down there, and he’d have taken his legs away from him. 225 pounds for Cooney, and this is back in 1981/82, against a career-heaviest 219 for Wilder, with both guys the same height at 6/7”. It would have been Cooney by KO inside eight-rounds for me, maybe sooner. Maybe a lot sooner. I really can’t stress enough how Cooney broke ribs, eye sockets, bones that should never be broken. And this was just in sparring. Wilder hits extremely hard – and how I’d have loved to have promoted him, and the other guys around today, like Anthony Joshua and Tyson Fury – but Cooney hit harder and he was better at adapting in a fight. Some of the earlier guys he fought, Cooney carried; he could really be a mean-spirited fighter at times! When he had to face a guy he knew was dangerous, Cooney took him out as soon as possible. Again, a risky fight, but Cooney would have taken Wilder out.”