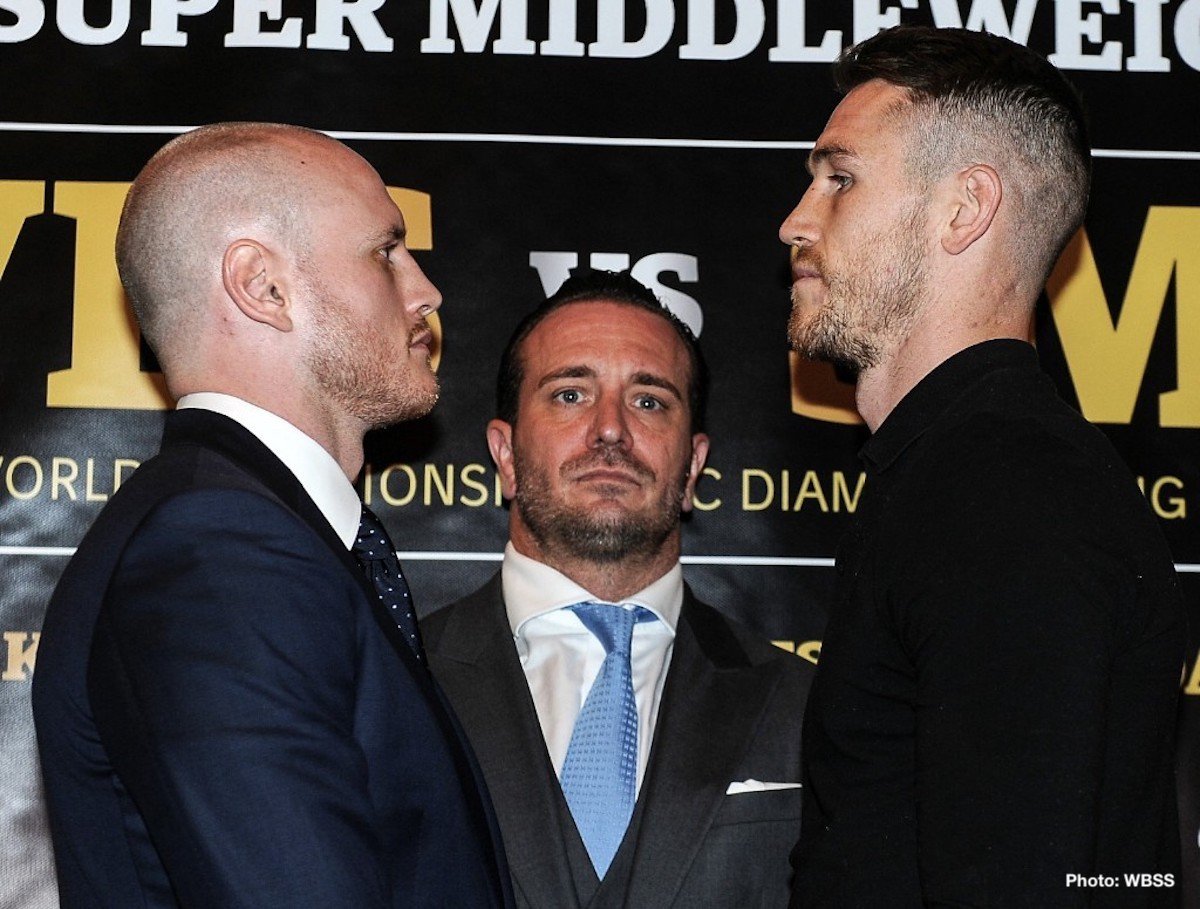 “We will deliver a final in territory which has never seen boxing before at this level. It will be the first time in this region that such an event will take place. We are very proud to promote the first-ever boxing event in Saudi Arabia. It’s historical.”

“One day Groves and Smith will be able to tell their children and grandchildren that they were the first to fight in this region.”

On the line in Jeddah: The Muhammad Ali Trophy, the WBA Super World Championship, The WBC Diamond belt and the Ring Magazine belt. Only Joe Calzaghe and Andre Ward have ever held The Ring title at 168 lb.

“I believe that Callum Smith is best challenger on the planet, the number one of challengers in the division, someone who has risen over the years against some strong names,” said Sauerland.

“George Groves is the man to beat in the super middleweight division bar none, someone who has achieved the dream of all boxers to become champion of the world. He needs no further introduction.”

George Groves, the 30-year-old from Hammersmith, acknowledges the magnitude of the final.

“It’s a big fight for both of us, but it’s a big step up for Callum,” said George Groves.

“Is has been a long preparation for the fight. I am fit, I am healthy, I have put in the work,” said tournament number 1 seed.

“This will be the toughest test yet in the tournament, but I am boxing better than ever and I don’t see Callum posing a threat, I expect another comfortable win.”

“We are preparing for the very best Smith possible. We know what to do and I am capable of it, I just need to get it done.”

28-year-old Callum Smith from Liverpool spoke with the same calm confidence at the press conference in London.

“I am in a good place, feeling good,” said Smith.

“I feel comfortable in winning. I just feel I am a better fighter than anyone he has fought in this tournament. I feel confident I will come out on top.”

“The fans should be in for a treat, I am looking forward to become a world champion.”

The Ali Trophy Super Middleweight Final in Jeddah is the conclusion of Season 1 of the World Boxing Super Series. In the Cruiserweight edition Ukrainian Aleksandr Usyk became the first winner ever of the Muhammad Ali Trophy and the first unified Cruiserweight champion in the four belt era after he impressively outboxed Russian Murat Gassiev July 21.

The journey for the final for the two British gladiators began at the Draft Gala in Monaco in July last year where Groves, the number one seed, and second-seeded Smith, picked their opponents.

Callum Smith booked his place in the final after defeating Sweden’s Erik Skoglund and Dutchman Nieky Holzken in the quarter-final and semi-final respectively. The WBC Diamond belt holder has his first shot at a World title after being in mandatory positions over the last few years, and like Groves, a unique chance to bring home the Muhammad Ali Trophy, The Greatest Prize in Boxing.