WBC featherweight champion Gary Russell Jr. looked a little drained on Friday afternoon in weighing in successfully at 125.5 pounds at the weigh-in for his title defense against #1 Mark Magsayo this Saturday night on SHOWTIME at the Borgata Hotel Casino, in Atlantic City, New Jersey.

Russell is coming off a long two-year layoff since the last defense of his WBC 126-lb belt, and he may have taken a little too much time from the sport.

He’s been living his life and dealing with different things, which has led to him staying out of the ring a little bit longer than he normally does. Russell usually once every 12 months, but this time, he’s chosen to say inactive 23 months.

In Russell’s last fight in February 2020, he labored to a 12 round unanimous decision over Tugstsogt Nyambayar.

Although Russell got the win, he didn’t appear as sharp as he’d been a year earlier when he defeated Kiko Martinez by an impressive fifth round knockout in May 2019 at the Barclays Center in Brooklyn, New York.

Russell says he stays active and that his long layoffs don’t hurt him, but I think we saw a lot of rust in his last fight, and it’s possible we could see even more on Saturday when he defends against Magsayo.

“I’m blessed, I’m hungry and ready to display my skillset once again and show why I’m so superior,” said Gary Russell Jr. to Secondsout. “I grew up in an area where I wanted to be an Olympian and then I got sick.

“At that point, I wanted to become a world champion to make it up to them. When I hear the longest-reigning champ, I think about the promise I made to my fans, to the supporters that supported me.

“To know that it wasn’t in vain and here I am now, still reigning because of the love and the support that I have.

“I think the biggest challenge is me preparing myself to the best of my ability. I never honestly focused on my opponents that much. I’m glad he’s a fighter that is willing to go in there and put it all on the line, though,”  said Russell Jr.

Magsayo, who comes from the Philippines, looked shaky at times in his last fight against slugger Julio Ceja last August.

Ceja dropped Magsayo in the fifth, but couldn’t keep him down. In the tenth, Magsayo came back to stop Ceja after flattening him.

Magsayo’s power and youthful energy make him a threat to Russell Jr, particularly with the way he looked today and this week. This is the wrong guy for Russell Jr. to be fighting if he’s rusty and drained.

“A lot of people are good athletes. They try their best to get in good shape, throw hard punches for as long as they can, but it’s actual science to the sport,” said Russell Jr.

“A lot of times, these guys are just good athletes and they tend to overlook the intellect part and that’s where I come in at. I’m a great athlete, but I also have the intellect on top of it. So it’s a double-edged sword on my end.

“It means a lot. I bring my city on my back, and I put my supporters and fans on my back. More importantly, my younger brother, who just passed, and my father, whose health is not the best.

“He’s the only person who put his hands on me when it came to the sport of boxing. So what you see today as far as my skills set is attributed to one man. My father Gary Russell Sr. Once again, I don’t want any of his hard work to go in vain.

“So I want to prove him right once again and show him that the work, the effort, the time, and the energy that he spent on me did not go in vain. We’re going to come out victorious come Saturday night,”  said Russell Jr.

The hand speed and boxing skills of Russell Jr. should be enough for him to win this fight, but we’ll see if he’s able to keep up with the fast pace that his younger opponent Magsayo presents.

“Gary Antoine Russell, Gary Antonio Russell,” said Russell when asked who has impressed him during the last two years he’s been inactive. “I’m not going to lie to you. I love the sport of boxing, but I believe in the full progression of my own first. 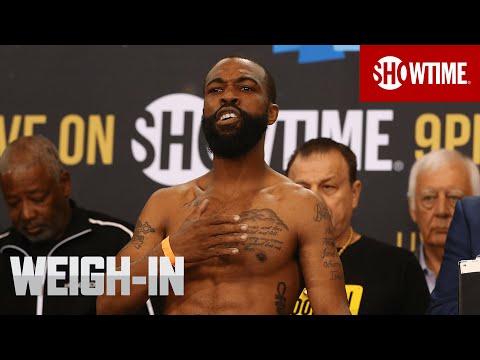 “So that’s my main focus. My younger brothers, I believe that I should be able to pass the rings off to them when the conclusion of my career is over with. That’s who I’m looking forward to in taking over the sport of boxing.

“It’s very realistic on my point of view,” said Russell Jr. when asked how realistic is it for him to fight three times in 2022, as he’d previously mentioned wanting to do.

“After the conclusion of this fight, I will be pushing very, very hard for another match mid-summer and trying to finish the year out strong as well,”  said Russell Jr.

It’s difficult to believe that Russell Jr. will fight three times in 2022. At best, we might see him return to the ring for a second fight later in the year, but definitely not three times.