In sad news, it has been reported how Japanese wrestler Antonio Inoki – who once fought Muhammad Ali in the so-called Fight of the Century in 1976 – has passed away at the age of 79. Tributes, from the wrestling world, the MMA world, and the boxing world have been pouring in since the news broke earlier today.

Inoki, who is today credited with “introducing” the big and hugely lucrative crossover bouts we see between star boxers such as Floyd Mayweather and star MMA fighters such as Conor McGregor, went into politics when his fighting days came to an end. It was, though, the Ali fight of 1976 that turned Inoki into a genuinely global star. Sadly, the fight that took place in Tokyo, Japan in June of 1976 proved to be one big dud.

After Ali had gone into overdrive in terms of promoting the fight, one that really did capture the imagination of the public all over the world – which would win, boxing of wrestling – the two men laboured to a dull 15 round draw. Inoki, who Ali dubbed “The Pelican,” fought most of the bout on his back, kicking out at the world heavyweight champion’s legs. Ali, who was reduced to taunting Inoki, yelling “Coward Inoki! Stand Inoki! Inoki no fight! One punch. I want one punch!” suffered serious leg injury, one leg being so badly swollen and bleeding it led to an infection, with blood clots in both legs. According to Ali’s doctor Ferdie Pacheco, amputation was even discussed, although Ali himself insisted to the press his condition was not at all that serious . For certain, Ali’s leg movement was compromised for the remainder of his ring career.

Inoki fought on, before going into politics in 1989. In his later years, Inoki suffered health problems, being struck down as he was by the rare disease amyloidosis, and he was wheelchair bound. Despite the Ali fight being pretty much awful, Inoki undeniably made a big impact on combat sports. A genuine hero in Japan, Inoki and his infectious smile will be missed. 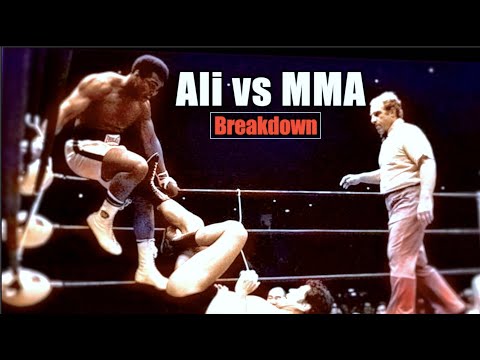