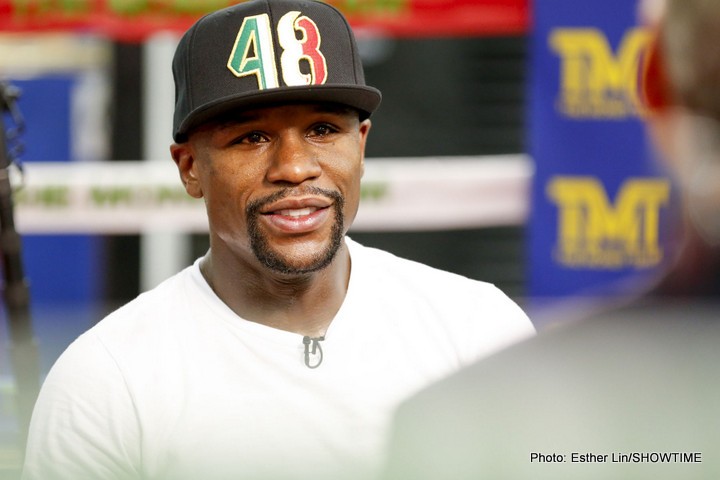 Ahead of his much-maligned 49th, and ‘final,’ fight this weekend against Andre Berto in Las Vegas, Floyd Mayweather and those around him, like right-hand man, Leonard Ellerbe, continue to insist to all and sundry that he will not be fighting on, despite continued public belief to the contrary.

Much has been made of the fact that the deteriorating health of his Uncle Roger is said to be key in the decision for Floyd to hang them up, and whether he will indeed resist the wealth of lures to make history and attain a perfect 50-0 slate, remains to be seen.

It is perhaps slightly ironic then, that Roger, speaking at the recent NBHoF Induction dinner that catapulted his declining health into the spotlight, spoke out to insist he believes that Berto will NOT be the last fight of his nephew’s illustrious career, and that he expects him to fight on once, or even twice, more.

“I think he’ll have one or maybe two more fights – that’s what I think. He’s gonna take his time and (have) ’bout two more fights and he’ll call (time on) his career then,” Roger said via fighthubtv.

Clearly suffering the effects of pugilistic dementia to some degree, it is difficult to know whether Roger is merely speculating, or given he has an inside track on his nephew, whether he has unwittingly revealed a ‘truth’ most fans believe they already know.

I’d be tempted to go with the latter, although regardless of what you think of the Mayweather’s, and their record of violence against women in particular, the sight of any ex-fighter in such a desperate state as a result of the sport – the great Wilfredo Gomez immediately springs to mind – is a terribly sad thing to see.