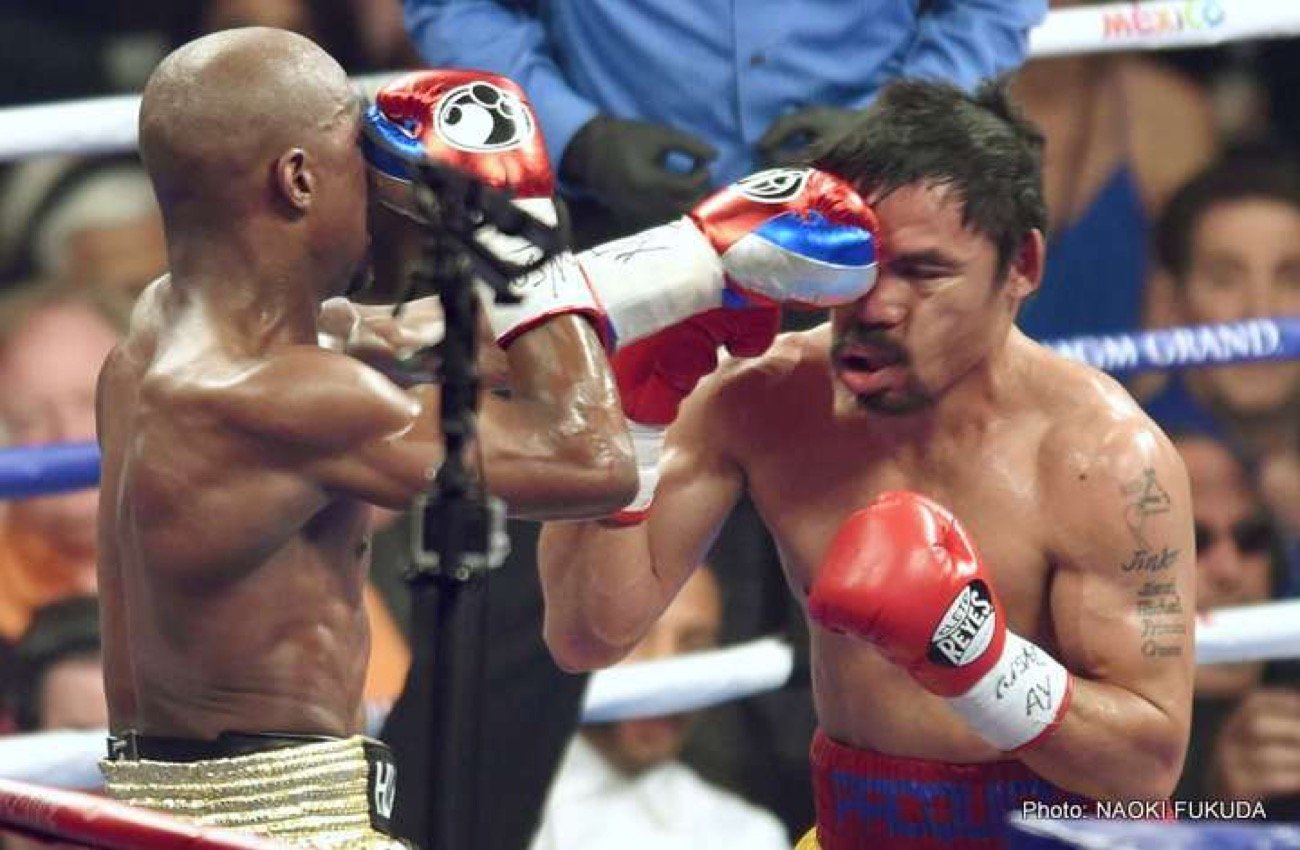 After waiting more than five long years, the richest fight in boxing history became a reality this past weekend when Floyd Mayweather Jr improved to 48-0 with a unanimous decision victory against long time rival (at least outside the ring) Manny Pacquiao, whose record dropped to 57-6-2.

It was a dominant victory for Mayweather, who was successfully able to control the range and distance throughout most of the contest while utilizing a good jab, lightning right hand counters, and brilliant footwork. He got off to a fast start, and never let Pacquiao find his rhythm, as he held the Filipino sensation to an uncharacteristically low punch output. It was vintage Mayweather.

The blockbuster event carried a hefty price tag, both for those ordering the event from the HBO-Showtime joint pay per view, and especially for those lucky enough to be in attendance. It was a star studded affair dubbed by many as “The Fight of the Century”. So now that the fight is over and the verdict is in, what do we make of this long overdue boxing mega bout?

This video attempts to recap and analyze what transpired this past weekend at the MGM Grand in Las Vegas, NV. Why was Mayweather able to be so successful against Pacquiao? Did Manny Pacquiao really believe he won this fight? Why wasn’t Pacquiao able to get off to a quicker start? Did the fight live up to its lofty expectations? What were the keys to victory for Floyd? Should there be a rematch? And where do these two great boxers go from here? This edition of Rummy’s Corner tries to answer all of those questions and more, while providing unique commentary and opinions on what one man saw unfold on this historic night of boxing.