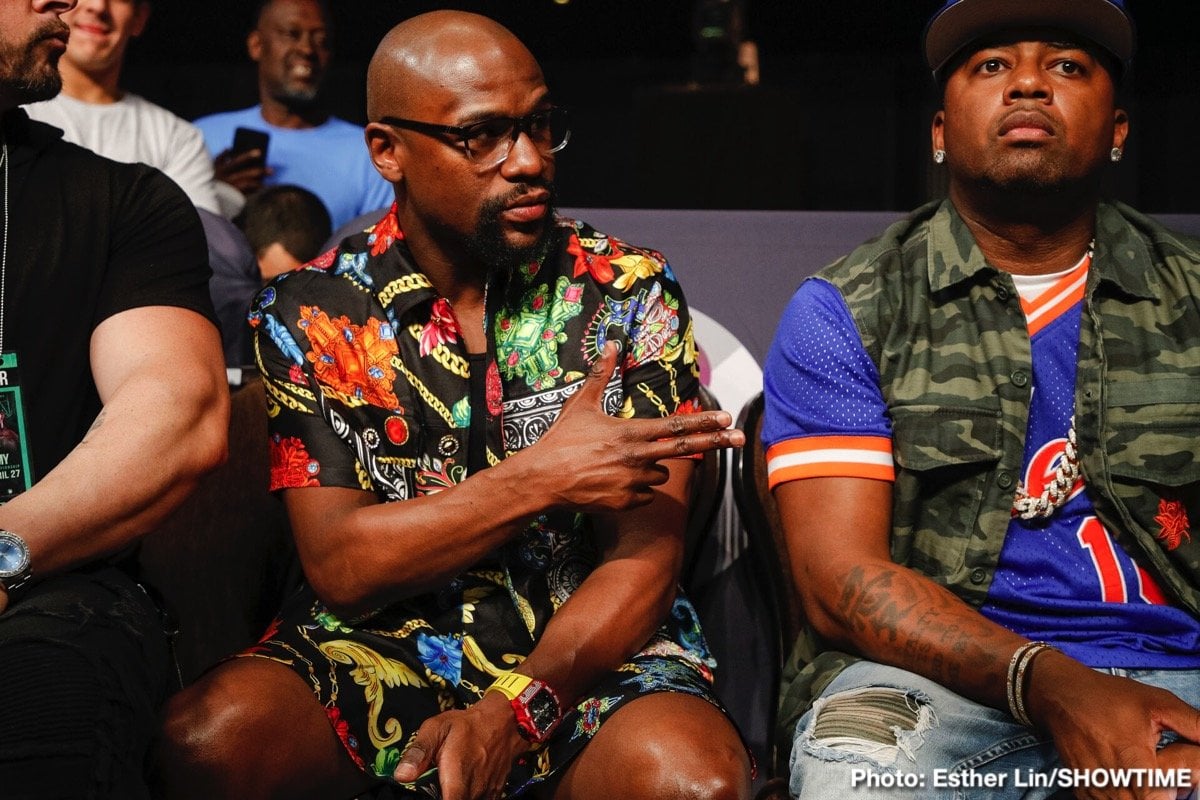 Do you live in London, frequent the legendary boxing venue that is York Hall in Bethnal Green, and have a burning desire to ask Floyd “Money” Mayweather a question up close and in person? Then March 4th could be your big chance. But it will cost you.

Mayweather, 50-0, will visit parts of the U.K later this year, as part of his Legendary Icon Tour, and a stop at the fight venue that literally has history dripping from it’s four walls (opened in 1929, capacity 1,200) will be included. As per a news story from East London Advertiser, Mayweather will host a Q and A session inside what promises to be a packed-out York Hall, with fans able to ask the all-time great some questions (and have a photo taken with the champ; you know how these meet and greet shows go).

But the price-tag is not a easy one to look at. For a front row seat on March 4, a fan will have to part with £323 (approx $423, this also includes a signed glove by Mayweather). A cheap seat, up on the balcony that overlooks the ring, will set a fight fan back £38. But if you can afford it, and providing no reasonable questions are off-limits, it could prove to be a very interesting evening. Let’s face it, love him or loathe him, Floyd has some truly astonishing career to look back on.

Meet and Greet events are all the rage these days, and they can be a fun night. Sure, fighters can charge too much money (think back, if you can, to the old days, when superstar fighters actually enjoyed meeting and speaking with their fans, for no real fee in comparison to what today’s ex-champs, and current champs, can demand), but plenty of fighters really do open up to their fans, turning away no questions.

Mayweather can be an interesting person and if fans can think up some testing (but not disrespectful) questions to ask the 42 year old, it could be a good show. Of course, some fans will refuse to pay anything to go and see Mayweather, a man who has more than enough dough to live in comfort with for the rest of his life, but those that do fork out could find out that Floyd ain’t such a bad guy at all.

It’s likely plenty of figures from the boxing world will be there at York Hall on March 4. Mayweather never boxed in the U.K, but he has often said he appreciates the passion and the love UK fans give to the sport.