Unbeaten Mexican super-middleweight Mario Cazares is milking his technical decision win over Julio Cesar Chavez Jr for all it’s worth. The 30-year-old managed to spring the upset last week when he got the TD over Chavez Jr; the fight stopped after Chavez was cut over the eye (officially from a butt, Cazares says the damage was the result of his uppercut) – and now he is calling for a much bigger fight: one with Canelo Alvarez.

It would be a rematch of sorts because the two met as amateurs way back in 2004 when both men were basically mere kids, aged 14. The win Cazares scored means almost nothing, yet this hasn’t stopped the 12-0(5) fighter (just two of these wins coming over fighters with a winning record) from hurling insults at Canelo in what seems like a bid to sufficiently anger Canelo into agreeing to fight him.

Speaking on a video conference call with the WBC, Cazares vowed to “put Canelo to sleep” in a rematch.

“Canelo, I left you crying once, now I’m going to put you to sleep,” Cazares said. “And I want to tell you, in that fight against Canelo, I am going to knock down all the freckles, and they are going to be scattered in the ring, and I am going to tell a janitor to lend Eddy Reynoso a dustpan and broom so that he can collect all the freckles from the canvas. I’m a natural 168 pounds, but with Canelo, we would fight in whatever division he wants. I’m not going to put conditions because of whatever weight it is. We will win.” 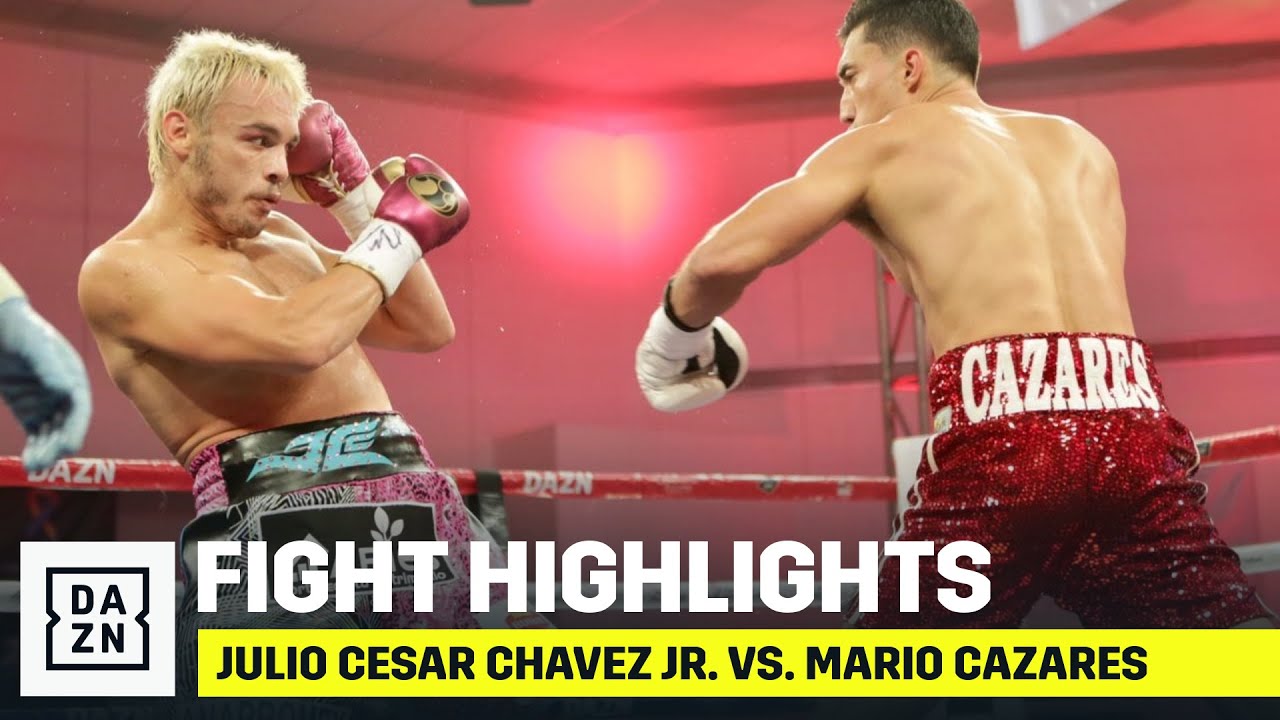 Canelo is, of course, currently devoting his time and energy to that lawsuit he has filed against DAZN and Golden Boy, and nobody knows when the Mexican superstar will be able to fight again. Despite Cazares’ best efforts, it seems doubtful fans would accept a Canelo-Cazares fight. The difference in class and skill is huge. But in these strange times, who knows for sure – maybe there would be sufficient fan interest in this fight.

Cazares pulled off his biggest career win by defeating a way past his best Chavez Jr, but Canelo Alvarez is an entirely different animal. But again, maybe Canelo will decide he would enjoy the chance to bash Cazares around and make him pay for his insults.