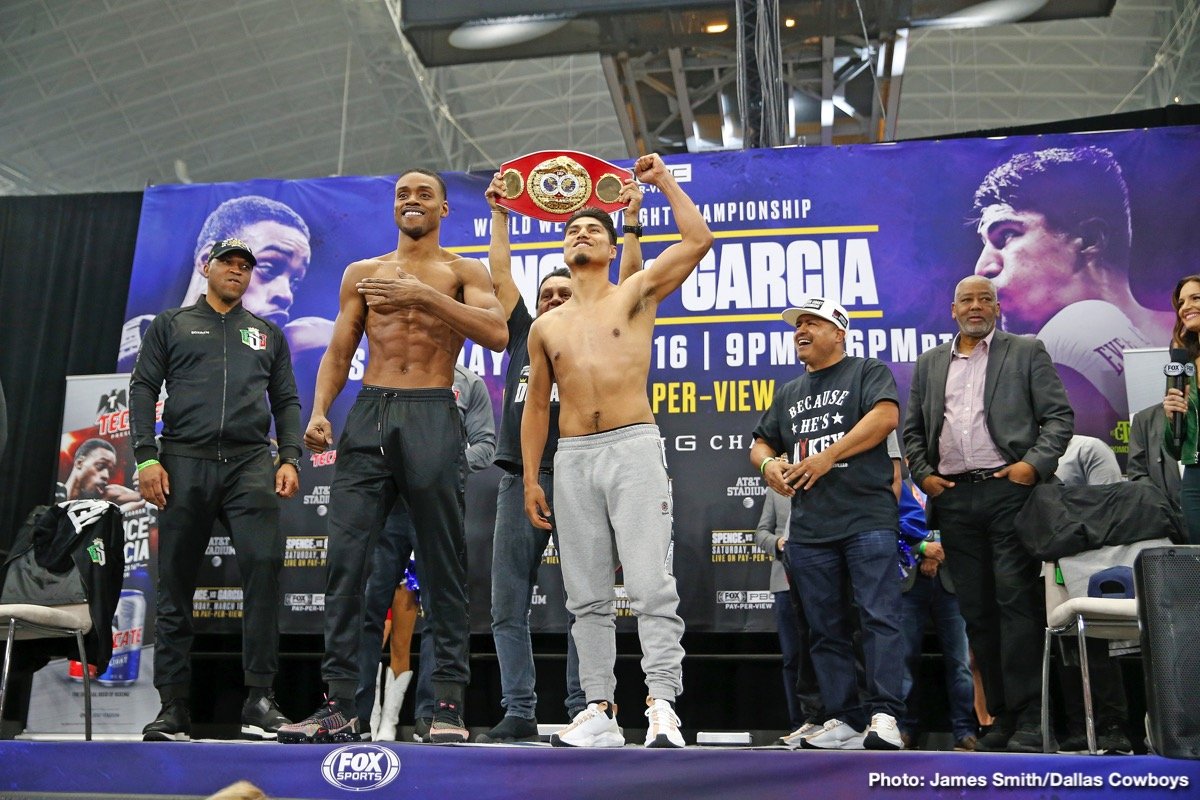 After facing off with Spence today at the weigh-in, Mikey said repeatedly, “five-time world champion. Spence then mouthed, “I’m going to f—- him up.” The look on Spence’s face was that of someone that plans on doing the business on Mikey tomorrow night. If Mikey doesn’t possess enough of the “Mayweather intelligence” that Fernando Vargas is talking about, it’s going to a quick trip to oblivion for him.

Mikey has never shown Mayweather-esque boxing skills, and he’s facing a guy who got the better of Mayweather during sparring when he was still a young amateur in 2012. Mikey doesn’t possess Mayweather’s hand speed, reflexes or footwork. That’s going to be a problem for Mikey. Without the physical size to match-up with Spence, Mikey is going to have find a way to survive in this fight to keep from getting chopped down by him the way he’s done to countless opponents in the past that had more size than what Mikey is bringing to the table.

Spence looked awfully good at the weigh-in Friday compared to a soft looking Garcia (39-0, 30 KOs), who doesn’t looked nearly as well trained or their fight on Fox Sports pay-per-view at AT&T Stadium in Arlington, Texas. Vargas sees Garcia as being able to make up for his lack of size, and to get the better of Spence, but it’s not going to be easy.

It would have been helpful if Vargas explained how Mikey, who is not fast on his feet, is going to be able to use his “Mayeather intelligence” to beat Spence. Mikey has never been a mover, and if he tries to change his style for the fight on Saturday, he’s going to get speared by Spence’s long jab. Spence at nailing runners with jabs to the midsection, which takes away their legs, and forces them to stand and fight. Mikey has to got to come up with some kind of strategy that will keep him from getting smashed to oblivion in the first six rounds.

Jermall seems to know what he’s talking about in making a prediction about Saturday’s Spence vs. Garcia fight.