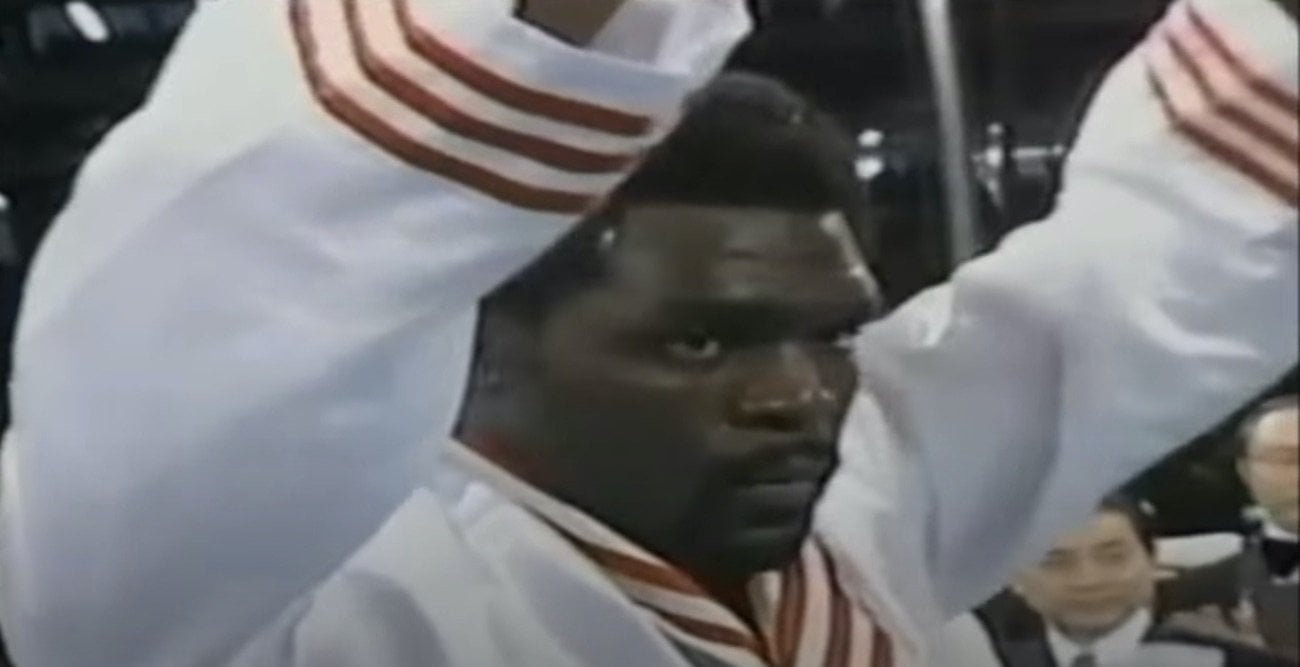 Former heavyweight champ Tony Tubbs is, unfortunately, best remembered for the fights he lost, not the big fights he won. Tubbs, as the saying goes, fought ’em all: Mike Tyson, Riddick Bowe, Tim Witherspoon, Greg Page, and many more. Also, at Deer Lake, Tubbs sparred the one and only Muhammad Ali.

Always accommodating to a fight fan/writer, “TNT” has often found the time to speak with this writer. Recently, the former champ and I exchanged via social media.

As usual, Tubbs had some interesting stuff to say.

On the Tyson fight:

Tyson was fast, but I was faster. In that first-round, he couldn’t touch me, he couldn’t hit me. I boxed him, I fought him on the inside. But he was awkward as well as fast. In that second-round (pause) – the thing is, I never walked to an opponent; I boxed them, I didn’t go right at them. But I was up against it against Tyson and I had to take my chances, a whole lot of them. Tyson caught me with that left hook. If I could fight Tyson again, I’d have stayed on the outside, I’d have used my jab a lot more and I’d have kept him at bay. It would have been just like Ali against

Read:  Shakur Stevenson has "BIG surprise" opponent, could be Lomchenko next

“I should have doubled up on my left hook to the body. He could hit, but if I’d taken him past five-rounds, I’d have shown him a jab he could not have beaten. And my jab, I got that from Muhammad [Ali]. I was on Muhammad’s team (in sparring).”

On his weight in fights:

T.T: “I was a little overweight in some of my fights, maybe. But at 238, as a champion, I knew what I could do, that I could step it up a notch. Against Tyson, I never got the chance to get tired, because he caught me. But what a fight it would have been had it gone long. I’d have been in and out, never letting him get set. I’d have loved a rematch.”

T.T: “I can say Tyson was a great champion, yes. For sure. But at the same time, he was what I call a coulda/woulda/shoulda fighter. He wound up getting clipped himself and losing. Tyson got caught himself. But that’s boxing – you win some, you lose some; all of us get old. But yes, Tyson was a great fighter. I sparred the Klitschkos, Lennox Lewis, I beat Riddick Bowe but was robbed, but Tyson, he could hit. He could hit like no other.”

On where Tyson ranks all-time:

T.T: “Muhammad Ali is always number-one, let’s get that straight. Then I’d place Rocky Marciano, and then I think I’d put Tyson at number-three. He beat me, and a lot of other good fighters, fair and square.”